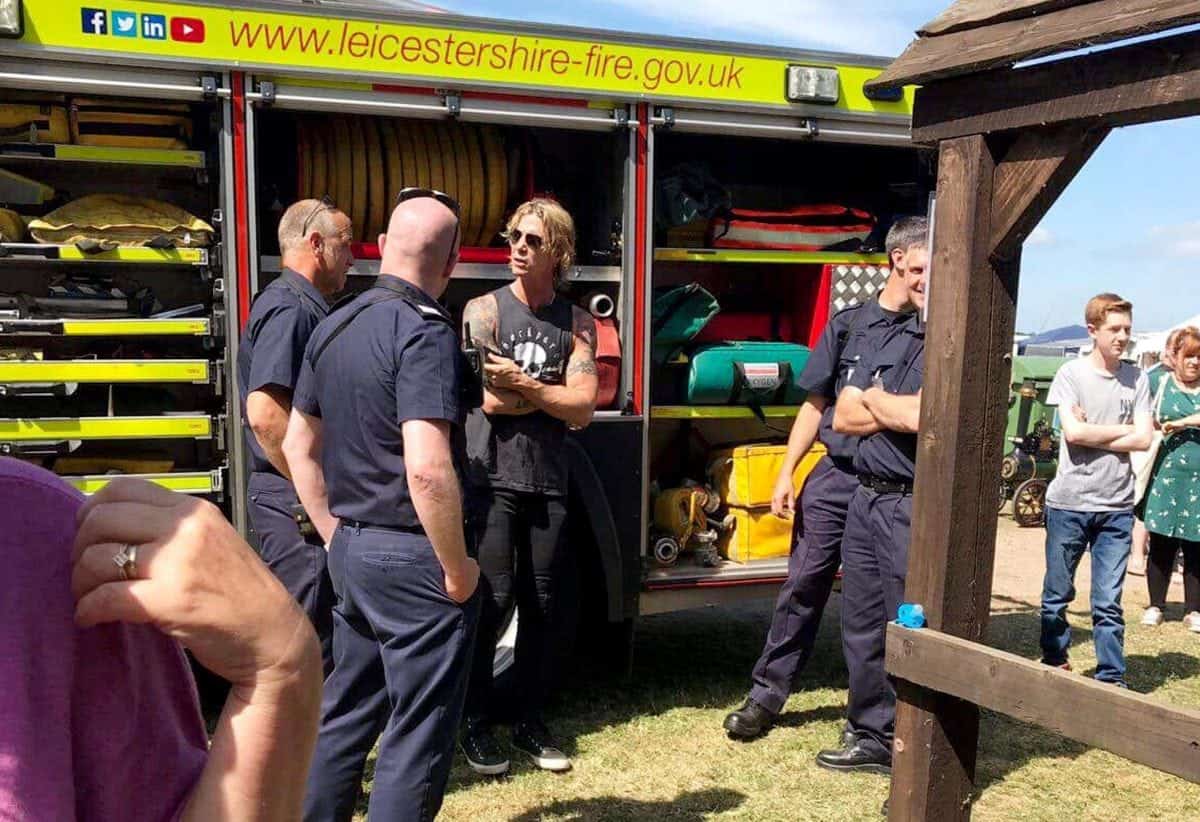 A Guns ‘N’ Roses legend stunned visitors at a steam festival when he paid a rather un-rock n roll visit – to a MINIATURE RAILWAY.

It was more a case of “welcome to the junction -we’ve got fun and trains” when bass guitarist Duff McKagan spent his Sunday night at Stapleford Miniature Railway.

According to staff, he bought a ticket to ride but spend so long talking to fire fighters he missed the train at the Leicestershire attraction.

The hard rockers had headlined at Download Festival at nearby Castle Donington the night before (9/6) and were enjoying some downtime before flying to Germany. 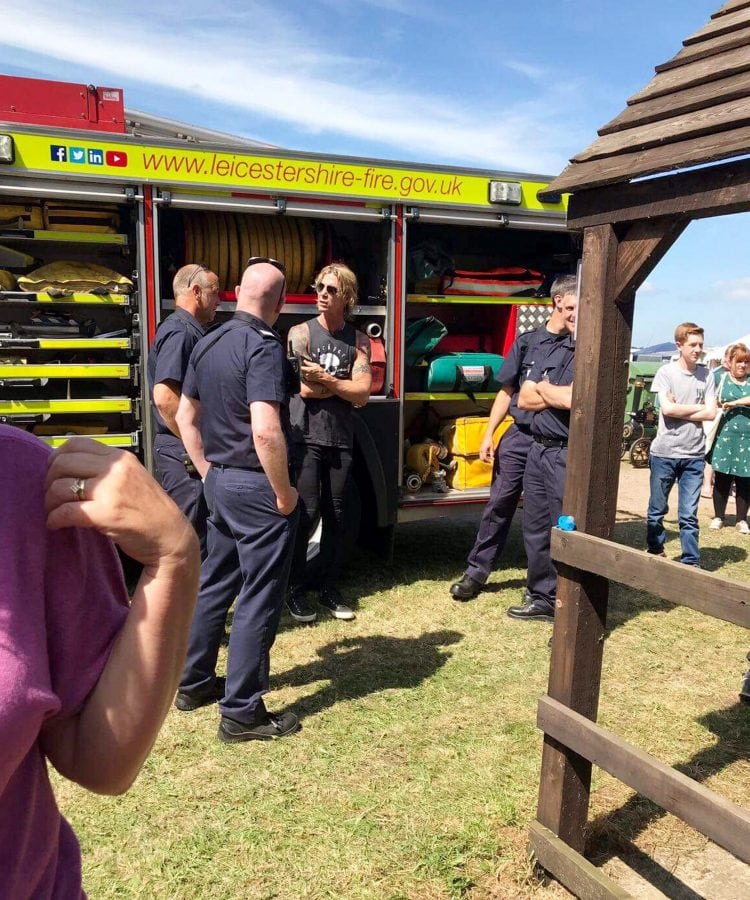 But rather than hitting bars, nightclubs or throwing a TV from a hotel window, McKagan decided to pay a surprise visit to the steam locomotive gauge railway.

He was later taken back to the neighbouring luxury hotel Stapleford Park by his security team to rejoin the rest of his bandmates.

Frontman Axl Rose and the rest of the the band waved to visitors when they hopped on board a helicopter to depart for the next leg of their European tour the next day.

Nigel Spencer, from Stapleford Miniature Railway, said: “Duff came wandering across with his security and had a chat with the fire crew.

“He bought a ticket but never got a chance to go on the train.

It’s a shame he didn’t get the chance to ride on the miniature railway. He’s obviously quite keen on fire engines too.

“It was nice because he had a long chat with the fire crew. They were chatting for ten minutes or more.

“They flew out to Download on Saturday and then on Sunday Axl flew to wherever he was going to next. He waved as he flew over the top of everyone. 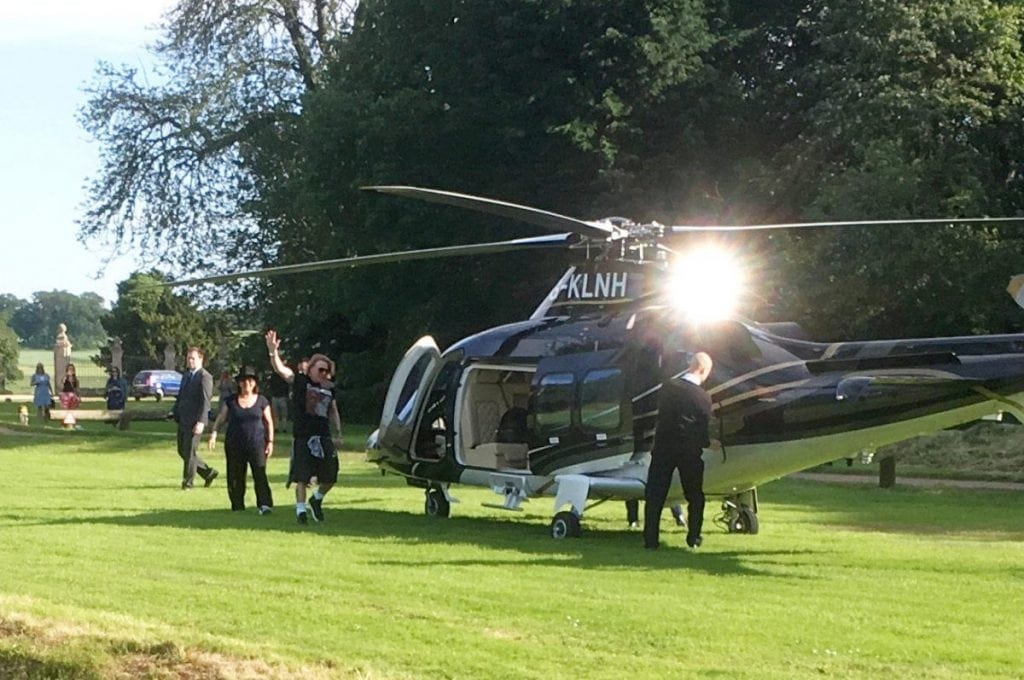 “It was funny because Duff was stood there next to the station, and everybody who knew who he was was like ‘oh my god’.”

McKagan is not the first famous face to grace the railway. In the 1960s, part of the British Avengers TV series was filmed there.

Footballer Michael Carrick and Lisa Roughead were married at the Stapleford Park hotel in 2007, while Peter Crouch and Abbey Clancy got married there in 2011.

Madness singer Suggs and record producer Pete Waterman have also visited the railway over the years.

McKagan was visiting the railway on the first of two summer open weekends at the railway. 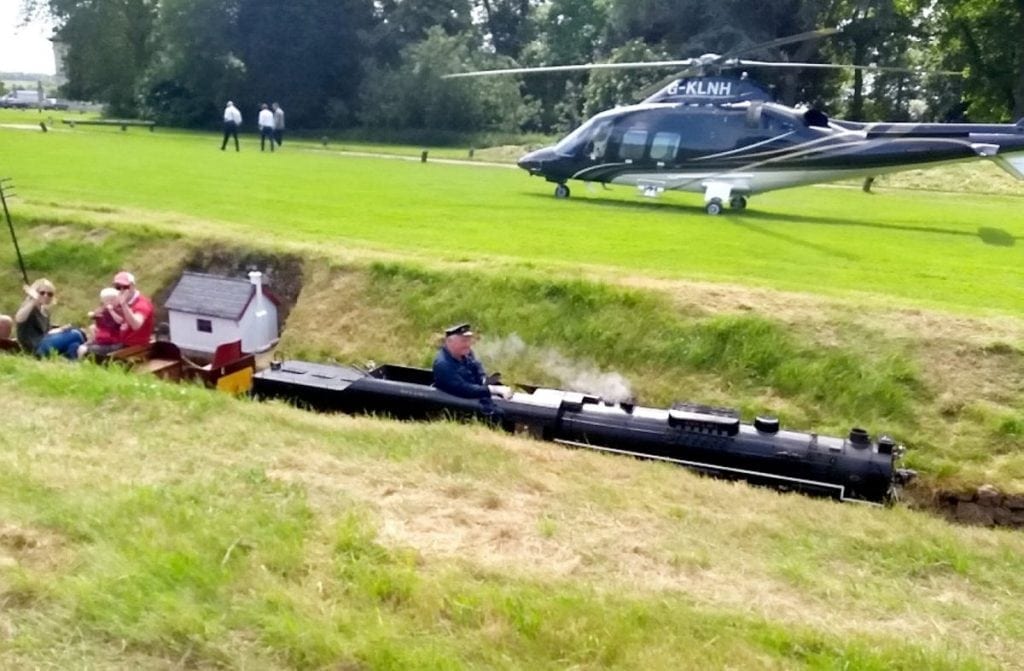 The next falls on the August Bank Holiday weekend, and will be open August 25, 26 and 27.

The public will have the chance to ride the historic 10 1/4 inch gauge miniature railway, which covers a distance of more than two miles.