This year’s Boomtown Fair queue is quickly becoming notorious for the shocking time it took for festival goes to gain entry into the site. Some revellers were waiting for a staggering seven and a half hours to gain entry into music festival site. This comes after the Winchester based festival ramped up their security searches. […] 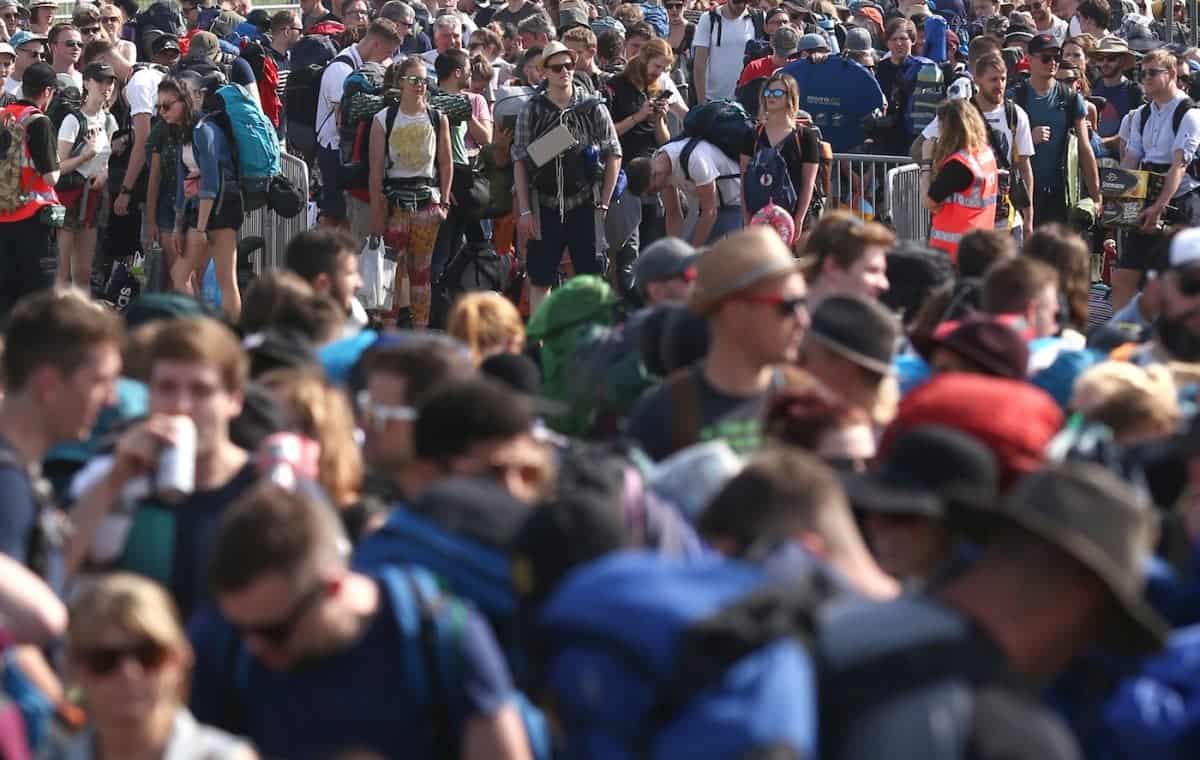 FacebookTwitterLinkedinEmailWhatsapp
This year’s Boomtown Fair queue is quickly becoming notorious for the shocking time it took for festival goes to gain entry into the site. Some revellers were waiting for a staggering seven and a half hours to gain entry into music festival site.

This comes after the Winchester based festival ramped up their security searches. Security teams were searching for prohibited equipment and drugs after last year’s event, when a car park fire damaged hundreds of cars. There has also been a spate of drug-related deaths at festivals in recent years.

The festival has apologised after facing massive backlash and reports of ticket holders fainting in the gruelling queue.

Luckily though, some of the festivalgoers provided their own entertainment during the the seven and a half hour wait. Here are the top five weird and wonderful things our reporters observed in the queue:

1 – The guy peeing in a wellington boot

One of the main problems facing the weary people was the inability to go to the toilet without loosing your space with little hope of finding your friends in the thronged masses.
As a result of this a lot of creative solutions were employed, the classic bottle trick being the most common.
By far the most surreal one though was the ingenious solution of a desperate young man who chose to relive himself in a discarded wellington boot – necessity is the mother of invention after all.

Perhaps the biggest issue facing many people was the simple boredom involved.
Luckily this was alleviated for a short while by a talented musician at the back who, when it all seemed so hopeless, managed to inspire hope by blasting out a few minutes of melodic music for the crowd to hear.

Throughout the queue the idea to set up camp outside was often heard, and for the majority it was simply a little joke.
However to one bold group they decided to run with the idea and using their combined luggage created a party haven for those who had given up with the queue or simply wanted to rest for a while.
The group set up a circle amidst the crowd and began blasting drum and bass through their portable speakers whilst drinking and gently skanking until their eventual entry.

What motivated these brave few remains a mystery. Boredom, the need for adulation, a way to get back at the awful organisation, or simply the desire to bring back a souvenir. However what we do know is they did it.
On the approach to the gate were several large poles which stood about 8 meters off the ground supporting a canopy of lights which at night may have looked rather impressive, leading the way into the West gate of Boomtown Fair.
The bulbs never reached the night though as several brave or desperate souls scaled the poles to nick a token bulb for themselves. An act that got many cheers from the on looking crowd.

Many people choose to smuggle contraband in a whole variety of ways into Boomtown. During the long weight in the queue one could witness many of these plans come undone.
One such moment was a young lady who’s contraband ladened cookie crisp cereal box exploded in a fashion that left everyone in the surrounding area covered in the chocolaty cereal and other ‘consumables’.
On the bright side it gave many people a much needed snack.
Louis Madle