A blaze broke out in January, destroying the famous venue’s 120-year-old copper dome. 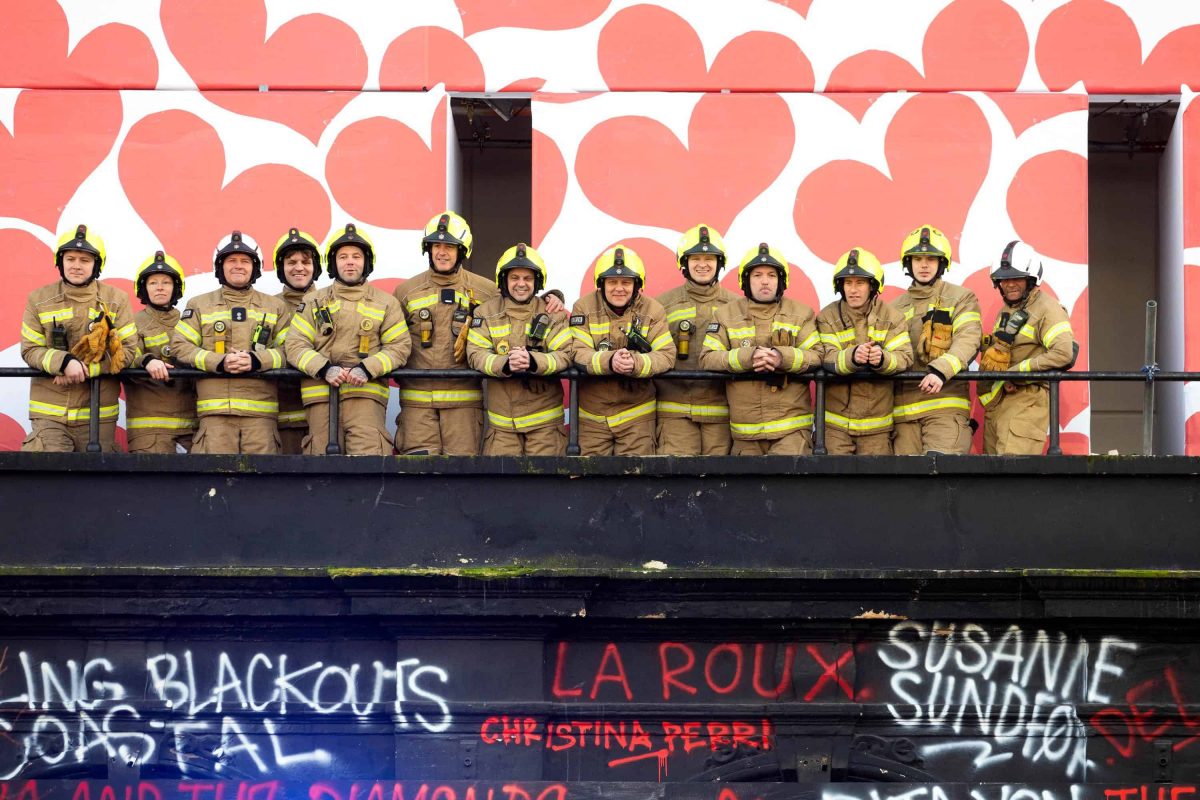 The founder of London music venue Koko has expressed his gratitude to the firefighters who saved the building from a blaze.

The building, which has hosted artists such as Madonna, Prince, The Rolling Stones and Ariana Grande, was threatened by a fire which destroyed its famous copper dome on January 6.

The London Fire Brigade managed to intervene before the main theatre was severely damaged, and a facade in front of the Grade II listed building, devised by award-winning graphic designer Richard Turley, reads “KOKO (loves) LFB” in a show of appreciation.

Koko founder Olly Bengough invited firefighters from the stations which responded to the emergency call to see the artwork and park their fire engines in front of the building.

He said: “Like many Londoners and live music fans across the world, we were devastated when we saw that our beloved Koko was on fire.

“We owe so much to London Fire Brigade’s swift and courageous response, which prevented the fire from spreading and saved the main theatre.

“A big thank you as well to all the artists and friends who reached out to show their support over the last month. Koko has always been a home for the finest artists and musicians and I’m pleased to let everyone know we will be coming back stronger than ever.”

Eight fire engines and 60 firefighters tackled the blaze after receiving an emergency call at 9pm.

A third of the roof was on fire at one point but it was confirmed by 2.30am that the flames were under control.

The building’s 120-year-old copper dome was destroyed by the blaze, but was the feature that saved the building from more extensive damage by acting as a chimney and funnelling the fire up through the roof.

A £40 million redevelopment and restoration of the theatre and adjoining buildings will see the copper dome rebuilt to include an immersive cocktail bar.

“Firefighters’ quick actions and hard work in the early stages of this fire meant it was contained to the roof and the rest of the building was saved.

“It’s one of Camden and London’s most iconic live music venues, which we are extremely proud to have saved, and to see this recognition at the heart of the community is very humbling.

“We are looking forward to supporting Koko towards the reopening of the venue.”