"I've decided to write a book detailing a bunch of events you specifically don't want to know about." 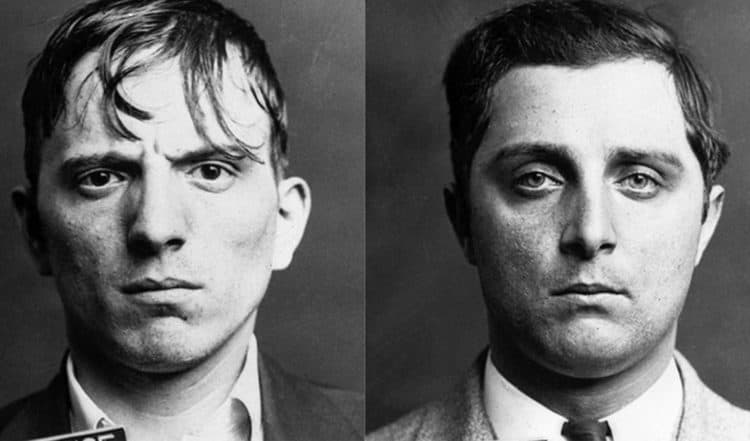 Ok in what might be the shittiest marketing move of all time, I’ve decided to write a book detailing a bunch of events you specifically don’t want to know about.

Why? Well other than the honest answer above (I’m shit at marketing) I’m hoping that there are enough of you wrong’uns out there who are morbidly curious enough to see a chapter title such as “for ten years the Swedish thought Russia were invading their territory with submarines but it turned out to be Herring farts” and “there’s a good chance you’ve made out with a woman who drowned over 100 years ago” and think “yeah ok I need to know a bit more about this” like the perverts you clearly are. (If there’s one thing I do know it’s my audience).

The following is an extract from You Don’t Want To Know by me James Felton, the grisly, jaw-dropping and most macabre moments from history, nature and beyond.

Have you ever heard that riddle that asks “what happens when an unstoppable force meets an immovable object”, well that’s sort of played out but with a guy who wouldn’t die and a group of people who really really just loved trying to murder him.

In 1932, a group of arseholes sat down in a New York bar and decided to kill one of the locals. Michael Malloy was a regular drinker at Marino’s in the Bronx and always out to get hammered, often passing out on the floor. Nobody really knew anything about him, including him.

He didn’t know any of his family, had few friends, and wasn’t really sure what age he was, though people guessed he was about 60. They also knew he was originally from Ireland, though this was likely only due to his accent rather than him actually remembering anything from his life. To all extents and purposes, he was basically the guy from Memento but every morning when he wakes up with memory loss he ends up saying “what’s the craic?” to a stranger before exclaiming “well fuck me, I’m Irish!”

Francis Pasqua, Daniel Kriesberg and Tony Marino, the owner of Marino’s bar, decided that he was expendable. Marino wanted to recoup some unpaid bar tabs that Malloy was unable to pay, due to being unemployed. When you’re the type to only know his own age through guesswork, you don’t exactly get many job interviews. A guy tells you “I reckon I’m about 60” it doesn’t scream “solid hire, good with numbers” even before he starts saying “holy shit, am I Irish? WHEN DID THIS HAPPEN??”

What little money he did have came through odd jobs, for which he was often happy to be paid in alcohol, which again would send up a few red flags with HR if you asked for White Lightning instead of PAYE.

All of that might make you wonder what the hell was in it for them to murder this guy? If you’re thinking “maybe it was just to see what it felt like” I very much urge you to seek help, Dexter, whilst I explain.

Marino had experience in the murder for insurance money field, having convinced a homeless Mabelle Carson to take out a policy naming him as a beneficiary (suspicious) and then forcing her to drink alcohol before stripping her off, pouring ice water on her mattress and leaving her next to an open window in the winter, killing her through bronchial pneumonia. He and the others needed something different to throw cops off the scent. Eventually the brain trust came up with a brilliant new plan: they would simply take out life insurance on the guy by making him sign it whilst drunk, then collect it under the name “Nicholas Malloy”, and then kill Michael shortly afterwards.

What? Not all murders can be like plotlines from fucking Poirot.

Their brilliant plan to make it look like natural causes was to simply give Malloy credit at the bar and let him drink himself to death. The only problem was Malloy wasn’t the kind of guy to go down easy. You don’t spend years and years being paid in Bacardi Breezers to suddenly die the second you’re given 10.

Malloy pounded drink after free drink, from morning to night, crashing in the accommodation his would-be murderers had provided for him out back. Eventually the plotters grew impatient, and started giving him antifreeze instead of booze. Either being too hardened by drink by this point or too polite to make a fuss about a free drink, he didn’t notice or die.

The murder squad grew desperate, as they were paying quite a lot out in insurance payments and free booze, before you even start factoring in the prohibitive cost of antifreeze. They moved on to giving him turpentine, then horse liniment, and then just started mixing in rat poison. The man just would not die.

At this point the heartless murderers were basically just a cocktail club with an excellent free promo deal. They moved on to feeding him wood alcohol, a volatile, colourless, flammable liquid that smells like alcohol but if you drink even 10ml of it you can go permanently blind. They soaked some oysters in the stuff, which even though they were murdering the fuck out of the guy you have to admit was a classy touch, before letting him eat them. Nada.

Losing all subtlety they fed him old sardines in a sandwich filled with poison, carpet tacks and other shrapnel. He asked for a second sandwich.

Sensing the pattern that this guy could eat absolutely anything and then get up the next day like Terminator but for food, the gang decided to freeze him to death. When he passed out, they took him out into the snow and poured five gallons of water onto his chest and face, whilst he just slept there peacefully. When Marino arrived at his bar the next day, Malloy was passed out in the basement, complaining about being a bit chilly.

Now, with more insurance payments due, they decided to stop beating about the bush and run him over with a car. They took him outside whilst he was passed out again and had an acquaintance run his car over him. Of course the first few times, Malloy found some unexpected athleticism and jumped out of the way, before finally being hit. Just to be sure, the car backed over him, lest he get back up and make a pun like “I’m feeling a bit…. run down,” before gurning at an imagined camera and going on to live into his 90s.

The gang were interrupted before they could check he was dead. For the next few weeks, they had Joseph Murphy, who was to pretend to be Malloy’s brother during the insurance payout anyway, pretend to be his brother and ring around the hospitals and morgues asking about him and try not to say “kerching” if he found out he was dead.

Nobody had any information on Malloy. Which is bad if your whole plan rests on somebody confirming he is dead for the insurance money. The gang were so desperate, they were talking about complicating matters by killing somebody else to pass them off as Malloy, when Malloy walked into the bar and said “I sure am dying for a drink”. He remembered nothing of the murder attempt, but had woken up in hospital, where he had been treated for broken bones.

The murder club snapped at this point and on February 22, 1933, they got him passed out and put a hose in his mouth then pumped gas in there, killing him within an hour, which is a long time to sit there gassing someone with nothing to break the silence other than occasional screams of “WHY WON’T YOU DIE YOU FUCKING ROBOT”.

Finally dead, they collected the insurance money on him, before fighting like idiots over the loot. On top of this, rumours spread around the city of “Rasputin Mike” who refused to die until he did, which the police picked up on. They had his body exhumed, and it wasn’t long before the gang were picked up, put on trial, and sentenced to death. They were all executed on first try the absolute fucking pussies.

Lucky Numbers and Horoscopes for today 12 May 2022