This bold, provocative and thought-provoking new novel from acclaimed Australian writer and religious cult survivor Rhys Hagan is an impressive piece of historical fiction, set in Judea during the time of Jesus Christ. Hagan’s debut novel – the thriller Hunting Taylor Brown – met with rave reviews on its release in 2016. And while it […]

by Jess Young
in Books 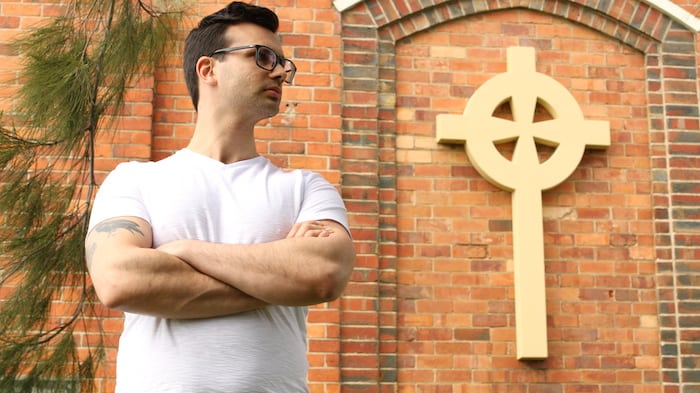 This bold, provocative and thought-provoking new novel from acclaimed Australian writer and religious cult survivor Rhys Hagan is an impressive piece of historical fiction, set in Judea during the time of Jesus Christ.

Hagan’s debut novel – the thriller Hunting Taylor Brown – met with rave reviews on its release in 2016. And while it is very different in theme and content, his excellent second work is no less gripping.

Drawing on his own experiences with a religious cult, Hagan has written a skilfully-plotted book that focuses on the theme of corruption in organised religion.

Controversially, Hagan’s book posits a situation in which manipulative conmen create Christianity as a marketing ploy and money-spinner. Not only that, but this book casts Christ himself as a wiseman and skilful public speaker who is blackmailed into posing as the Son of God in order to convince gullible locals to donate their cash to the church.

Written from the point of view of a Roman banker named Amphion Gallius, Sovereignty brings to life Biblical figures such as John the Baptist and Pontius Pilate, presented as three-dimensional characters with very human strengths and flaws.

The book’s subject matter is clearly provocative, and Hagan is not afraid to tackle heavy-hitting themes that are sure to stir up heavy emotions among some sectors of the Christian community. (It’s worth noting that the author believes Christianity to be a ‘good and worthy’ religion, with just a small number of corrupt individuals within its ranks).

From the very first page, the reader is plunged into a violent and corrupt world, where many of the principal characters are ruthless and money-driven, intent on using religion to their own ends regardless of the consequences.

As the financially-failing son of a famous banker, protagonist Amphion enters into a contract with the corrupt Pontius Pilate, but is unable to deliver on his promises. On hearing of the success of local speaker Jesus of Nazareth, he cons the local Jews into believing that not only is the messiah among them, but he wants them to hand over their cash to the church.

Amphion blackmails Jesus’ into declaring himself the Son of God, and to convincing his followers that they should make financial contributions to the church.

It’s a dangerous move – this is a time of religious and political instability – but Amphion, in cahoots with his brother Marcus and good friend Disma, begins to stage ‘miracles’ for Jesus, rewrite religious texts, and establish a new religious group, the ‘Christians’.

But as his new religion begins to spread, Amphion finds himself taking on board some of the teachings of Christ. His moral awakening comes too late, however: The political and religious climate of Judea spirals out of control, and Amphion loses control of his men, his religious movement, and ultimately his own mind.

Amphion looks to Christ for words of wisdom, but the ‘Son of God’ is set to meet his infamous fate.

In a powerful book that examines some weighty themes such as religious corruption and our own capacity for self-deception, Hagan raises pertinent issues. The controversial central theme highlights the issue of cult leaders exploiting their power to exploiting vulnerable members of society, and emphasises a need for caution in following certain religious leaders. Full of interesting talking points, Sovereignty is well worth a read regardless of religious standpoint.

Sovereignty by Rhys Hagan is out now in print and as an eBook priced £11.97 and £4.79. It is available from Amazon UK.