James Bailey is only 27 years old but, in that time, has suffered nearly half a million epileptic seizures. Yet, as he reveals in his new memoir, Light in the Shadows: A Life of Epilepsy, he sees his chronic epilepsy as a blessing, not a curse. In this exclusive article, James explains why he came to think this way, and how he now intends to help others do the same.

by Keith Ayago
in Books 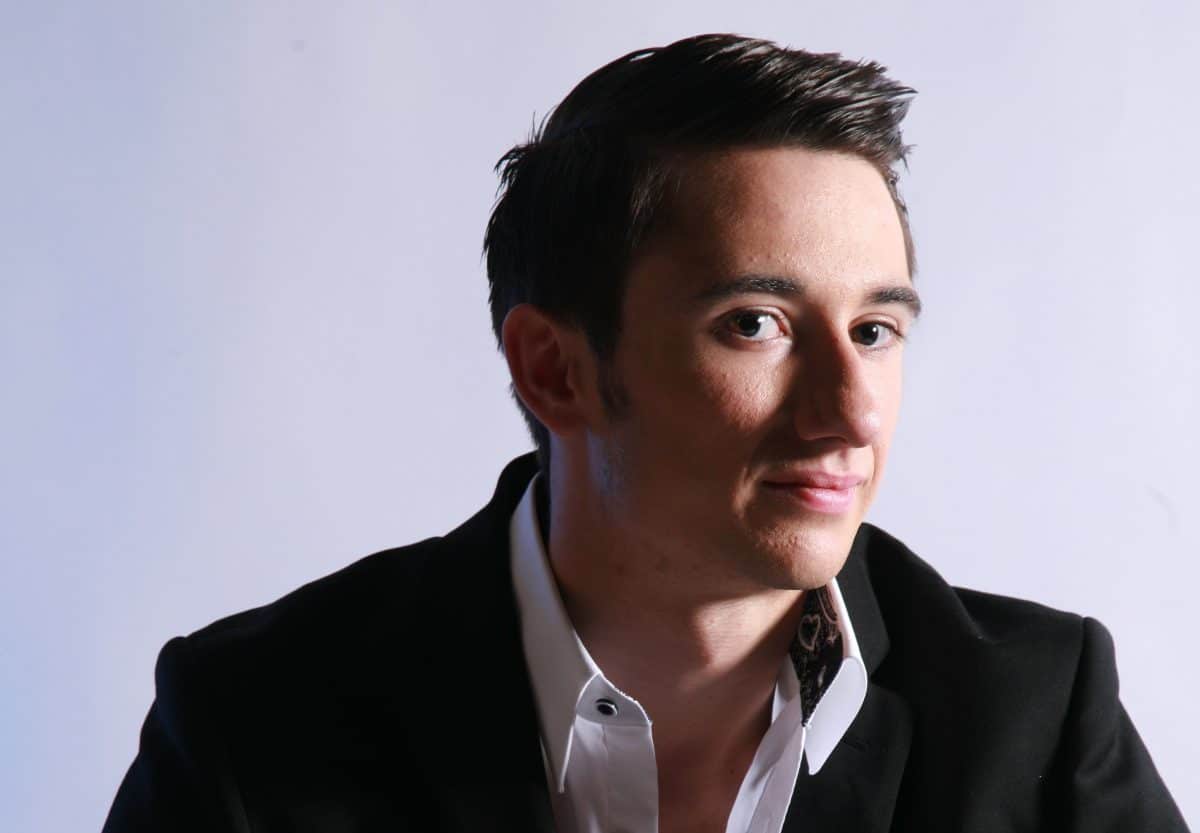 Epilepsy has been a big part of my life since the age of two, when I took a nasty fall on the pavement and ended up with the condition.

Since that point I have, I reckon, had around 465,000 seizures of one type or another, spending approximately eight and a half years of my life uncontrolled with chronic epilepsy. The thought that each one of these episodes could well have been my last is damaging enough, but the physical impact has been extreme. The seizures seem to affect the left temporal lobe of my brain in particular and, as a consequence, the right side of my body goes completely dormant when my seizures are uncontrolled. In other words, I can’t move my right leg or arm.

This leads to a stay in hospital, typically around a fortnight in duration, before the doctors can bring me back under control. At this point I then need to build the strength, co-ordination, and flexibility back up in the right side of my body. This takes time, and I’ve had to go through it on many occasions.

While, amazingly, my epilepsy has not had any lasting physical impact on my brain, the traumatic memories of these seizures are forever imprinted upon it. Combine that with the relentless bullying I experienced at school, both in primary and secondary education—because I was ‘different’ to the other kids—and you might begin to understand how I was left with many anxieties and insecurities, and why I had to do something about them.

The Power Of Positivity: My Outlook On Life

I have always been brought up to believe in the saying that ‘What doesn’t kill you only makes you stronger’. Every day I wake up with a brave face, ready to take on whatever gets thrown at me.

You see, my philosophy in life is that you should always strive to be the best you can be, and to ignore all the haters and challenges in your way. If you give in to them—if you let them limit what you can do—then, really, what’s the point in living?

It’s a belief that has got me far. When I was a kid my doctors told my parents that I would, effectively, ‘have no future’, but I’ve proven them wrong. Indeed, one of my neurologists has described me as a “miracle”.

I began to appreciate that once you are at the bottom of the pit then the only way is up. The hardest part of this climb is finding the right path to take.  Once I realised that I would never grow out of my epilepsy, nor wake up one morning and find that the bullies had all vanished, I understood that I had to begin my climb. I started by learning martial arts before progressing onto more serious forms of self-defence, which in turn bolstered my mental strength.

That being said, you don’t climb one-handed so while I was mastering these skills, going on to compete in European championships and reaching the level of black belt candidate, I also began building and teaching mixed classes, helping them conquer their demons like I was conquering mine.

I knew that I was in control of my destiny and, accordingly, began creating my own opportunities. Originally, I wanted to join the Army or police. They wouldn’t accept me because of my epilepsy but that didn’t stop me. Instead, I saved up and did private training so that I received my professional qualification as a close protection operative (bodyguard).

Before I knew it, I was getting some serious momentum climbing out of that pit and, with hands joined together, soon hoisted myself up over the edge and onto the path to success.

By this point I had developed the skills and experience to create my own unique self-defence system as well the know-how to make a real impact in other areas. Throughout the climb I have battled my epilepsy, bullying, anxiety, insecurities, and depression. Throughout, I have learned to show empathy, understanding, and patience, but also to find resilience, courage, and determination.

Armed with this experience I have been able to help parents of children with conditions like mine come to understand what they are going through on a day-to-day basis. For some, whose children were less fortunate, I have been able to provide some form of closure. I have been able to help students with their studies, in particular concerning epilepsy and bullying, and likewise with teachers and medical professionals, bringing them a deeper understanding of how it feels to have epilepsy, and live with it. On the bullying side, I have helped many kids and teenagers deal with their bullies effectively, and assist some to overcome their anxieties and personal insecurities. I’ve even helped stop one person from taking their own life.

I’m not a superhero, but I feel like I’m doing just as much good as if I were one. This is why I see my epilepsy as a blessing rather than a curse. It has forced me to become a better person, not only in myself but in aid of others.

I’ve just published my memoir, Light in the Shadows: A Life of Epilepsy, and I now plan to take my mentoring to the next level, offering my service to those across the world who can support my cause, either by purchasing the book or by donating to my Go Fund Me account. In the long term I also hope to be able to give talks, with a view to breaking down barriers and changing opinions on mental health and the way we tackle bullying, both in school or the workplace. Equally important to me is to try and change the way we see and deal with those who are different from us. Behaviour such as staring at, and whispering about, those who act differently to us, because of epilepsy or other conditions, only keeps us divided rather than bringing us all together.

For everyone, I want them to take inspiration from my story and to see that life is about creating your own opportunities. With enough confidence, you can get to where you want to be, even if you have to take a different path to get there.

Light in the Shadows: A Life of Epilepsy by James Bailey is out now on Amazon, priced £7.99 in paperback and £3.99 as an eBook. For more information visit James’s Facebook page.