“This sets a concerning precedent that the rules don’t apply equally, or indeed they don’t apply at all," deputy Labour leader Angela Rayner said. 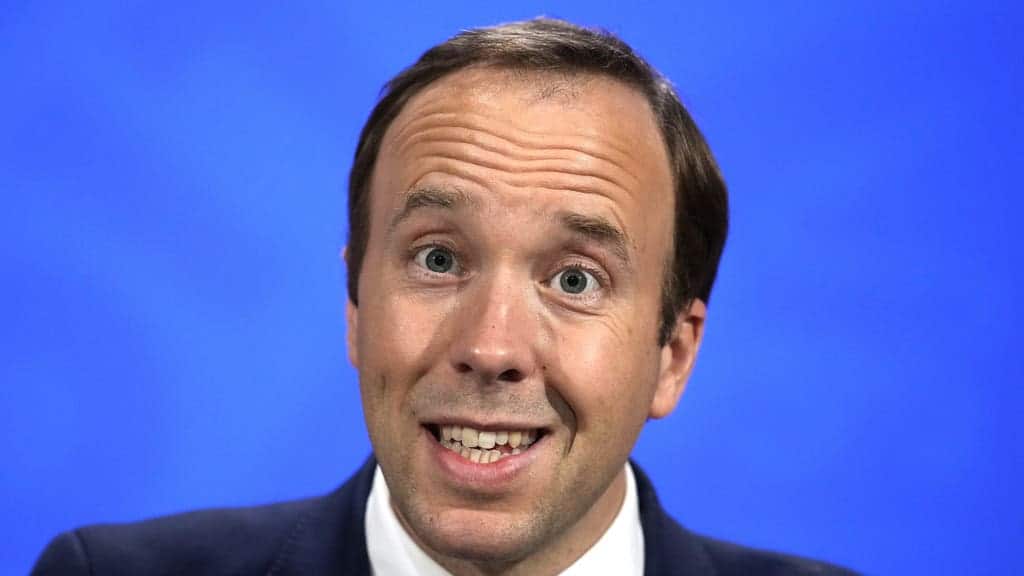 Allowing Matt Hancock to keep his job after committing a “minor” breach of the ministerial code could give licence for further rule-breaking at the top of government, Labour has said.

A probe by Lord Geidt, the independent adviser on ministerial standards, found Hancock failed to declare his sister’s company, which he holds shares in, had become an approved contractor for the NHS.

But the ministerial sleaze watchdog ruled the contravention of the code was “minor” and did not call for the Cabinet minister to resign – a recommendation Boris Johnson agreed with.

Traditionally, a breach of the code has led to the resignation of ministers.

However, home secretary Priti Patel kept her job earlier this year and received Boris Johnson’s backing, after being found to have engaged in bullying behaviour towards staff.

Rayner has explained why she has written to Lord Geidt: “This sets a concerning precedent that the rules don’t apply equally, or indeed they don’t apply at all.

Mr Hancock declared in the MPs’ register of interests in March this year that he owns 20 per cent of shares in Topwood Limited, a firm owned by his sister and other close family members, which specialises in secure storage, shredding and scanning of documents.

The company, as first reported by the Health Service Journal (HSJ), won a place on a framework to provide services to the English NHS in 2019, as well as contracts with the NHS in Wales, after Mr Hancock was appointed to his Cabinet brief in July 2018.

Lord Geidt, a former private secretary to the Queen who was appointed to his Downing Street role by Mr Johnson, found in a much-delayed report on ministerial interests that Topwood’s approved contractor status could be seen to “represent a conflict of interest” that should have been declared.

In his 10-page report published on Friday, he said: “I assess this earlier failure to declare the interest was as a result of his lack of knowledge and in no way deliberate, and therefore, in technical terms, a minor breach of the ministerial code.”

But Rayner said it was “simply not believable or reasonable” that Mr Hancock “didn’t know about this conflict of interest”.

In a lengthy post on the social media website, she said Lord Geidt had allowed Mr Hancock to use a “completely ridiculous excuse” to keep his position at the top of Government.