I suppose there really is a first time for everything. One starts to firmly believe that there is nothing – nothing! – new to be found between the covers of a book. After all, Aristotle nailed down the six elements of plot twenty-four hundred years ago and even the most experimental, supposedly plotless modern fiction […] 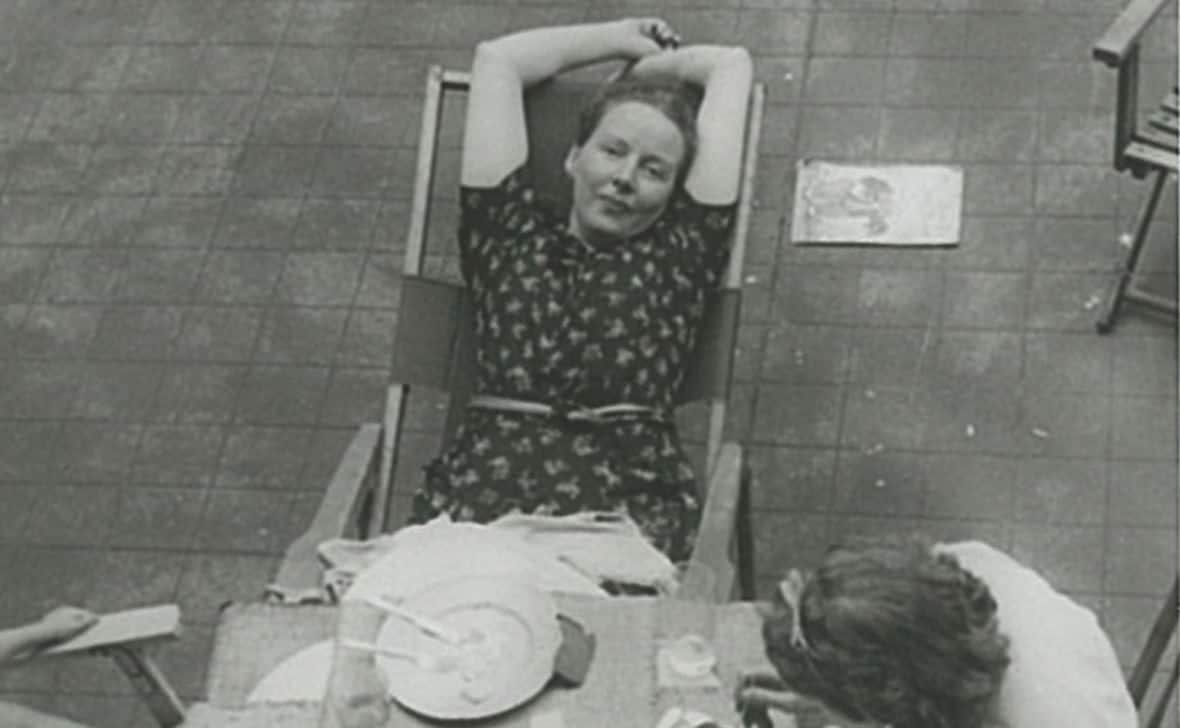 I suppose there really is a first time for everything. One starts to firmly believe that there is nothing – nothing! – new to be found between the covers of a book. After all, Aristotle nailed down the six elements of plot twenty-four hundred years ago and even the most experimental, supposedly plotless modern fiction has within it a structure just as finely tuned and balanced as the honeycomb of a bee hive. Well, if it’s any good anyway.

After having reviewed seven hundred or so books over the years (no, I don’t get out much but by God when I do I am the Zen Master of cocktail chat) I really thought I’d seen it all. Dinosaurs firing laser cannons? Naturally. Lonely men leading lonely lives on lonely islands with only the nameless occupants of a small Greek café for conversationless company? All too often. Tragedy-stricken women staring out the windows of their abandoned homes on the bleakest of nights, while the streaks of rain dripping down the glass form tears upon their reflected visage? Oh not that again!

And yet here I am and here you are, so here’s an original sentence to occupy our thoughts. The Theoretical Foot is a fascinating debut novel written sixty-nine years ago by a vastly successful author who died in 1992. Now you just don’t run across that every day.

Mary Frances Kennedy Fisher was primarily known as a food writer, with twenty-seven books and a wealth of articles in The New Yorker when the latter really meant something. You see my children, before there were celebrity chefs there were celebrity gastronomes who were as adept with a typewriter as they were with tongs and snail forks. If the flaw of televised cooking shows – all those damn panna cottas wobbling like breasts on a roller coaster – is that the viewer cannot actually taste the food, then just imagine what skills it must take to describe a meal without even a photograph. The New Yorker never ran a photograph of anything (except of course for the ads) until the 1990s when Tina Brown was the editor; a disastrous one in my opinion, but let’s not go off on that tangent. The magazine was loaded with pictures, but they were word pictures.

The Big Three food writers at The New Yorker during the time of both its founding editor Harold Ross and his successor William Shawn, were M.F.K. Fisher, A.J. Liebling and Calvin Trillin. Now, keep this between us as we wouldn’t want to insult any ghosts, but amongst the three of them I have always been a Liebling guy. There’s two reasons for my preference. The first is that Liebling carried two beats for The New Yorker, food and boxing; not packaging up little cakes, I mean boxing as in staving skulls with fists. Now that is a career! The other reason is that Liebling wrote what is perhaps my favourite quotation ever written by anyone about anything: ‘I met a keen observer who gave me a tip: ‘If you run across a restaurant where you often see priests eating with priests, or sporting girls with sporting girls, you may be confident that it is good. Those are two classes of people who like to eat well and get their money’s worth.‘ Such are words to live by and live well.

(I’m going to share one more Liebling quote with you before getting back to the late Ms Fisher, and because we’re hidden away in parentheses it’s all okay. Liebling scorned Marcel Proust’s petit madeleine cake that launched Swann’s memories. ‘In the light of what Proust wrote with so mild a stimulus, it is the world’s loss that he did not have a heartier appetite. On a dozen Gardiner’s Island oysters, a bowl of clam chowder, a peck of steamers, some bay scallops, three sautéed soft-shelled crabs, a few ears of fresh picked corn, a thin swordfish steak of generous area, a pair of lobsters, and a Long Island Duck, he might have written a masterpiece.’ Right. Back to work!)

Fisher too was good at cracking out aphorisms with the easy swing of Peak Ernie Els on a driving range. ‘It is easy to think of potatoes, and fortunately for men who have not much money it is easy to think of them with a certain safety. Potatoes are one of the last things to disappear, in times of war, which is probably why they should not be forgotten in times of peace.‘ And she wasn’t even Irish.

Leading us to the main course of The Theoretical Foot here are just two more of Fisher’s observations, appetizers to prepare the palette. ‘Sharing food with another human being is an intimate act that should not be indulged in lightly.‘ Also, ‘It seems to me that our three basic needs, for food and security and love, are so mixed and mingled and entwined that we cannot straightly think of one without the others. So it happens that when I write of hunger, I am really writing about love and the hunger for it, and warmth and the love of it and the hunger for it… and then the warmth and richness and fine reality of hunger satisfied… and it is all one.‘

The Theoretical Foot is everything contained in those two quotations; also more, yet also less. It is very, very much a debut novel. I can’t say that I’m truly surprised that the one time Fisher submitted it to her publisher (Duell, Sloan and Pearce) it was rejected, albeit for reasons lost in time. First novels tend to share certain identifying marks. The writer’s friends, relatives and lovers are presented metaphorically nude with only the tiniest domino mask as a disguise. Structurally the manuscripts are either paint-by-numbers imitative of every other damn book everyone has ever forgotten, or, as in Fisher’s case everything is daring and dashing and brave and … a bit muddled as a result. Lastly, the writer blows their cork like well-shaken champagne, sharing every thought about the human condition they have ever felt, holding nothing back for the next book. (I’ve always had a sneaking suspicion that this is the reason it frequently takes years and years for the follow-up novel to see the light of the day. ‘I’ve said it all already. Now what?’)

In terms of plot, well Aristotle be damned, The Theoretical Foot has one, but barely. Two Americans, Sara Porter and her lover Tim Garton – we would refer to them today as a common-law couple – have rented a Swiss villa named La Prairie for the summer and have invited Sara’s younger siblings, Honor and Daniel, along with Tim’s sister Nan (a novelist) and Nan’s * ahem * traveling companion Lucy Pendleton, and finally a friend of Sara’s named Joe Kelly and his love Susan Harper to spend the last days of August drinking, eating and leading the good and beautiful life of those unaffected by the Great Depression. Complications arise.

There are two literary comparisons that came to mind as I was reading The Theoretical Foot. Please note that I say comparisons and not influences as I have neither firm nor flimsy reason to state that M.F.K. Fisher drew from either one. As the events of August 31st are repeatedly re-told from each of the characters’ perspectives, one really cannot help but think of the Kurosawa film Rashomon drawn from Ryūnosuke Akutagawa’s 1922 short story ‘In a Grove.’ Much like quantum physics wherein the state of an object changes according to the observer and because it is observed, each member of La Prairie’s cast looks at the events and people differently and indeed the knowledge that they are being observed and judged in turn changes them.

Now, I would bet my bottom dollar that any erudite resident of New York, even one transplanted from Michigan such as M.F.K. Fisher was, would have known about Eugene O’Neill’s play Strange Interlude. It won the Pulitzer Prize in 1928 for one thing, and was popularly well-known enough to be parodied by the Marx Brothers in the play and movie Animal Crackers. The main feature of Strange Interlude (which runs for nine acts and five hours, so if it’s ever revived I suggest packing a lunch and it’s the wrong day entirely to quit smoking) is that the characters step out of, well, character to deliver asides, monologues, soliloquies, every goddam thing they are thinking and not saying to one another.

The best of The Theoretical Foot is when it is riotously funny, which it truly is in several places. Lucy Pendleton in particular is absolutely savaged by Fisher. Lucy never says it or thinks it in clear terms, however she absolutely lusts for Nan. Because she can’t have Nan, Lucy is an absolute wet blanket smothering everyone else’s attempts at fun. Unmarried people should not be sleeping together (an exception must be made for her host and hostess) so Joe and Susan have to take a room at an inn, Lucy chooses the celebratory dinner on the evening of August 31st to obnoxiously proclaim that this is the moment for her to quit drinking, and she is equally sure all the men are madly in love with her. Spoiler alert! – oh no they aren’t. In terms of brilliant lines, Lucy in full grump thinks about her inconsiderate hostess Sara, ‘She’d have easily heard from Nan or even Timothy that nothing upset her more than plastered walls.‘ To which I say, if I were walls and Lucy was within them, I’d be plastered too.

Lucy was based on M.F.K. Fisher’s sister-in-law’s traveling companion Mary, who together visited Fisher and her husband-to-be-but-definitely-living-together at the farmhouse they rented in 1938. Remember what I mentioned about nudes in domino masks? That.

So much is hinted at, considered, thought of in The Theoretical Foot that one wishes some of it – any of it! – actually happened in its pages. Lust! Incest! Desire! For God’s sake couldn’t one of these people have pulled their finger out and replaced it with a dick? It’s not so much that one needs a sex scene as even the best of novelists tend to fall at that gate, it is just that with no one’s desires being met – or rejected even! – what we are left with is … we are left with a description of a beautiful meal that we cannot taste. Perhaps that was the subconscious or even conscious thought behind Fisher’s novel; that food writing is ultimately Sisyphean, as the reader’s desire for pleasure, to taste what the writer tasted in that kitchen at that time, can never be fulfilled.

And yet, The Theoretical Foot is a brilliant read. M.F.K. Fisher wrote like a loose-tongued angel and, if the odd passage here and there is perhaps a bit ripe, so what? None of us are completely brilliant at anything the first time we try it. What a shame Fisher never tried to write a novel again.