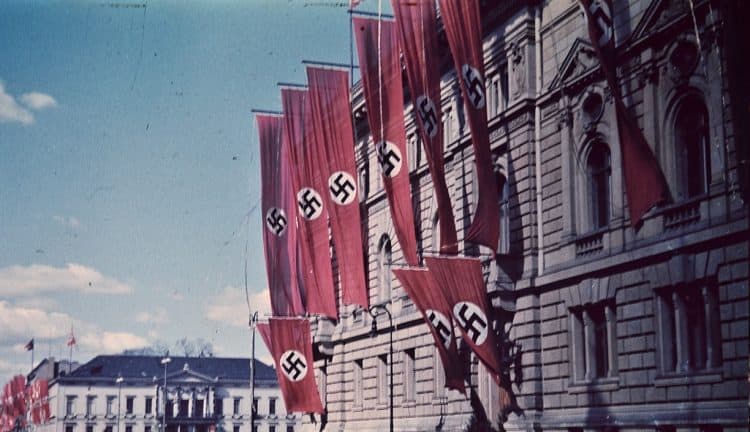 For most of his life, Brian Klein has been a devoted TV director, making mesmerising content for viewers.

Not only is he the longest-serving director on the BBC’s international powerhouse programme, Top Gear, but also the man responsible for bringing us many other of the UK’s most popular shows including Sky Max’s A League of Their Own Road Trip, Amazon’s The Grand Tour, and enduring series such as Watchdog, Crimewatch and This Is Your Life.

He has been showered with praise and accolades including a coveted BAFTA Award, and now he looks set to achieve the same stratospheric success in the world of publishing.

For his first book, political thriller The Counterfeit Candidate, brings to bear all the same visual and narrative flourishes that make the shows he directs into ‘must-watch’ television, resulting in a classic page-turner not to be missed.

This gripping tale of international crime with an enthralling historical twist is a remarkable debut novel that, to my mind, is the best alternative history thriller since Robert Harris’ Fatherland.

The novel takes place in two different periods. The first is at the end of World War Two, when Adolf Hitler and his wife, Eva Braun, escape to South America with Nazi mastermind Martin Bormann rather than commit suicide as per the history books.

Safe from the Allied forces, and having disguised their identities, they lay out their merciless plans to bring about the Fourth Reich.

This won’t come quickly, however, and so Hitler and Braun start a family to pass on their legacy of evil to the generations that will follow. And mindful of America’s key role in defeating the Axis powers, they use their Nazi riches to create a US-based pharmaceutical company that will, in time, open doors for their dynasty and allow them to infiltrate elite society and seize control of the White House.

The second period is set seven decades later, in 2012. The heir to the Franklin Pharmaceutical Corporation, John George Franklin, is standing as the Republican candidate and with a huge lead is virtually assured of becoming the next president.

Only one thing could dismantle this, and bring his esteemed family into ruin, and that is if his secret—i.e. that he is none other than Hitler’s grandson—gets out.

This seems unlikely as the only remaining evidence of his true past is locked in a bank vault in Buenos Aires, alongside millions of dollars of other people’s money.

What he doesn’t anticipate, however, is three bank robbers pulling off an audacious crime, drilling their way into the vault and stealing the contents, including—though they do not know it—the safe deposit box containing the  incriminating papers.

This is where the plot really gets going and The Counterfeit Candidate opens up into a fast-paced, high-stakes thriller that’s so good at delivering tension that it should come with a health warning.

Pursuing the naïve thieves, who by this point have split and hidden their haul three ways, is not only chief Inspector Nicholas Vargas of the Buenos Aires Police Department but also the brutal henchmen of the Franklins, who will stop at nothing—including torture and murder—to ensure the family secret remains buried.

Vargas and his colleague Troy Hembury, a lieutenant in the Los Angeles Police Department, are equally determined to solve the case, putting their lives at risk in the process.

Remarkably, Klein has stated that he never had any aspirations to become an author.

It was only when the UK went into Covid lockdown last March and all his directing duties were put on hold that he decided to dust off an idea that had been in his head for some 40 years.

And so the life-long thriller fiction fan spent every day of the next three months putting all his creativity and technical knowhow to good use in another medium.

Reading the book, which never flags despite its 380-plus pages, you can visualise the drama unfolding as if you were watching it on the screen.

The characters are highly memorable, with John Franklin being a power-hungry, amoral villain and Hitler demonstrating the right level of menace and frailty to be believable.

Even the minor characters, especially the ones that could easily have become stock figures such as petty thieves or crime bosses, are written with as much care as the leads.

Klein is equally judicious in the way he handles the back story. The atrocities of the past are alluded to without overwhelming the action or enjoyment of the present-day narrative.

Neither does having two separate time periods slow down the pace or make things confusing. Quite the reverse, in fact, as the backstory—as well as the way that the author narrates events from multiple characters’ perspectives—bring the reader right into the centre of the action.

At its core, The Counterfeit Candidate is a turbo-charged game of cat and mouse that draws you in from the get-go and which refuses to release you until the final page.

And when you do finish it, you’ll be yearning for more, which is why it comes as some relief to hear that a TV mini-series may soon be following, as well as an as-yet untitled sequel set for publication next year.

Great thrillers need to have that sense of kinetic urgency and jeopardy to make you feel this way, and Klein has managed to pull this off with some stand-out set-pieces—the bank robbery, a Tarantino-esque shootout, the unmasking of Eva Braun—that are anything but formulaic.

So buckle up and get ready for one hell of a ride, with many double-crosses, last-second escapes and hairpin twists to enjoy along the way.

The Counterfeit Candidate by Brian Klein is published by Spirit Entertainment and is out on Amazon, priced £8.99 in paperback, £6.19 as an eBook, and £20.03 as an audiobook. For more information, visit www.brianklein.tv.

EXCLUSIVE EXTRACT FROM THE COUNTERFEIT CANDIDATE BY BRIAN KLEIN

In this exclusive extract from new alternative history political thriller The Counterfeit Candidate, we encounter three thieves as they break into the vaults of a Buenos Aires bank, and unwittingly set off a chain of events connected to a closely-guarded secret that will have explosive outcomes.

Over the next fifty-three hours, the three men worked tirelessly, without a break, meticulously drilling through the dual locks that protected every individual box. This was a tricky and tedious process, requiring finesse rather than brute force. Each time a box was opened, its contents were emptied into large, unmarked cloth bags. The haul was spectacular: government blue-chip bonds from over twenty countries and huge quantities of US dollars, euros, English pounds and Argentinian pesos. One box alone held twenty solid gold bars while others were crammed with jewellery, designer watches and hundreds of loose gemstones.

None of the men paid any attention to a battered black leather case that was tightly jammed inside Box 1321. Its contents included three large brown Manila files, two 8mm film cans and a small tobacco tin, containing a collection of ancient military medals.

Most of the time, they behaved exactly as they had rehearsed for the last ten months. All three of them knew their job descriptions inside out, part of which meant no talking.

“Shit, Pedro, look at the size of these beauties!” Ricardo was the first to break the vow of silence. In the palm of one of his clawlike hands he held a loose pile of enormous uncut diamonds, the smallest of which weighed at least ten carats.

Sebastian was busy pouring massive wads of US dollars into one of the bags but stopped for a moment to look up. “That’s a million dollars you’re holding right there, Ricky. Who are the bastards who own all this stuff?”

Pedro remained the calmest of the three. “It doesn’t matter. We own it now. No more talking until we are out of here.”

The deadline for leaving had been set for five in the morning, two hours before the bank was due to reopen.

At four forty-five, the three men stood beside the large hole in the floor of the dilapidated kitchen of the café. None of them had slept for two days and they were running on pure adrenalin. Pedro called time on the job.

“We’ve hit ninety of the one hundred and twenty boxes on our list. I’m guessing we’ve landed well over a hundred million dollars. The lorry is bulging, so I suggest we get the hell out of here.”

Sebastian took a long drag on his Marlboro, the first cigarette he’d smoked in two days. “Cousin, we’ve filled our boots, so it’s time to say goodbye to the Café Torino.”

Pedro turned to Ricardo, who was holding the van keys in his right hand. “Let’s go, and, Ricky, drive carefully. We don’t want to get pulled over by the police.”

Two hours after the bank raid was discovered, a phone call was placed on an encrypted line from an office in Buenos Aires to an impressive skyscraper block six thousand miles away in downtown San Francisco.

Richard Franklin, CEO of the Franklin Pharmaceutical Corporation, reached for the receiver of the red phone on his desk that hadn’t rung for over two years. There was only one person in the world who had the number.

There was a short pause on the line as the caller gathered his thoughts. Then, a cold, heavily accented voice broke the silence. “Señor Franklin, Box 1321 has been stolen in a bank heist that took place over the weekend. We will, of course, focus our entire resource into recovering it as soon as possible.”