Where Can I See It?: Channel 5 (UK), FXX (US) Who’s In It?:  Stars Chris Geere as Jimmy Shive-Overly; Aya Cash as Gretchen Cutler When Is It On?: Wednesday 9PM (US), current series TBA for C5 (UK) I suspect it was a very deliberate choice when Stephen Falk, the showrunner and head writer for You’re […] 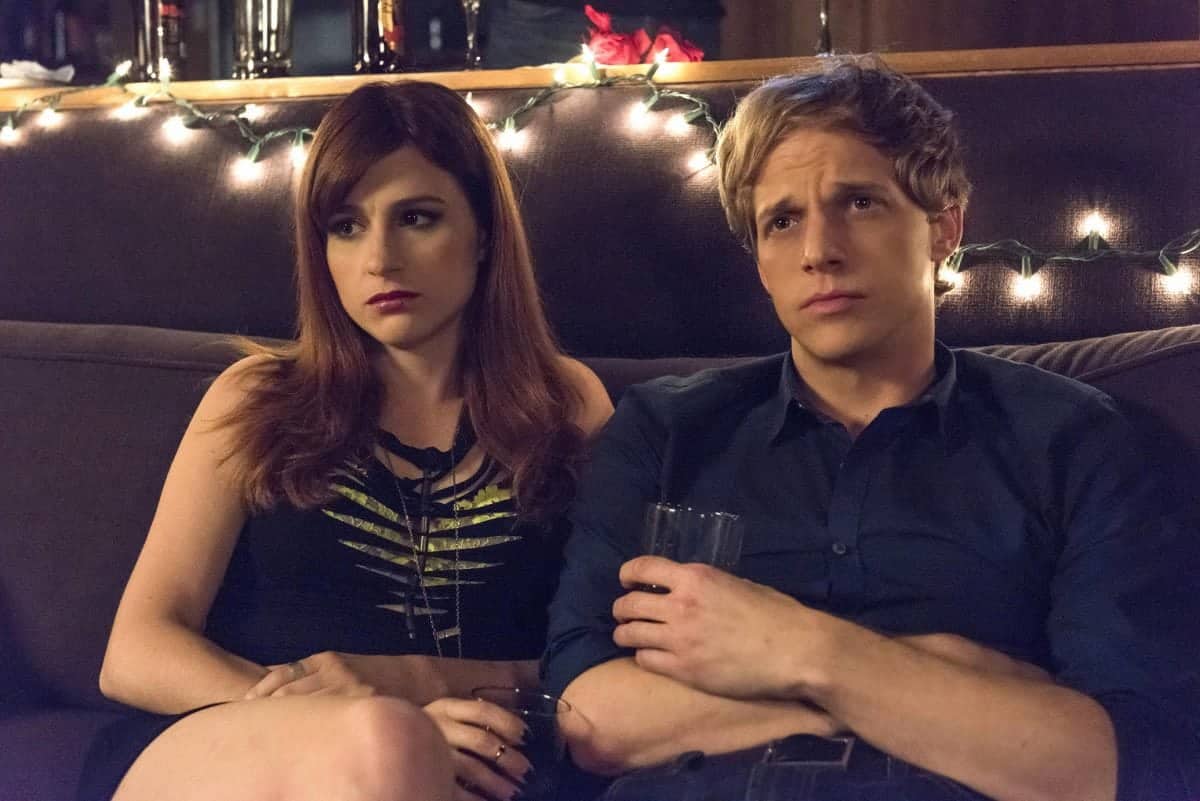 I suspect it was a very deliberate choice when Stephen Falk, the showrunner and head writer for You’re the Worst, chose to make Jimmy Shive-Overly a novelist. Writers are handy characters for film and TV productions as they/we don’t keep regular office hours, or regular offices for that matter. In that sense writer-characters are available for plot purposes at any time of the day or night as they’re always hanging about the house, like house plants or cats. Yes, that’s a writer for you – a talking house plant.

More than that though, You’re the Worst has moved into its fourth season of episodes (10 in its premier run, 13 per series since) with the sweep and depth of a brilliantly written satiric novel and as such the series can be seen as Jimmy’s next novel. Jimmy’s most recent release is The Width of a Peach which he sees as literary but his publisher promotes as housewife-erotica in the Fifty Shades of Grey style. Put a pin in that, for we’ll come back to that thought shortly.

The co-lead to Chris Geere’s Jimmy is Aya Cash playing music publicist Gretchen. That too is a well-chosen job to give a character as, same as a writer, a publicist does not keep regular office hours and the series is opened up to the recording industry, its parties and outlandish personalities. But here again there is a deeper level. Just as a novelist takes reality and twists it into how he would like to see it, so too does a publicist take her clients’ lives and manipulates those into an image that will attract the public’s interest. Do you see where we’re going here? You’re the Worst is all about the fictions we create in our lives and examining their consequences.

The sum of that examination makes You’re the Worst a show I truly love. On the surface it is that most basic of all sitcom/romcom concepts: the mis-matched couple attempting to find their way in a crazy, mixed-up world. Gavin and Stacey, Not Going Out, even going all the way back to I Love Lucy, this is the concept that has launched ten thousand nights of takeaways, telly and titters. But – and ah, this is an important ‘but’ – as I quite often say to novelists, story writers and screenwriters in my day job as an Editor and Agent, of all the various elements that go into a well-told tale the plotline may be the least important of them all. Hitchcock knew it; it’s why he invented the Maguffin. Plot, or in this case concept, is just the ball of yarn; it’s how you weave it, what patterns you create, those are what make it art.

This is why I mentioned the business of novel-writing and marketing earlier. Viewers may well come to You’re the Worst to see handsome actors occasionally engaging in on-screen rumpy-pumpy with lots of laffs and mad scenes, but while that’s going on there is so much more than that on this show’s menu.

Now then. Yesterday when I was reviewing The Good Place I bollixed the Spoiler Alert image. Let’s try this again! If you do not want to know certain specific episode highlights from these four series’ of You’re the Worst do not read past River Song. 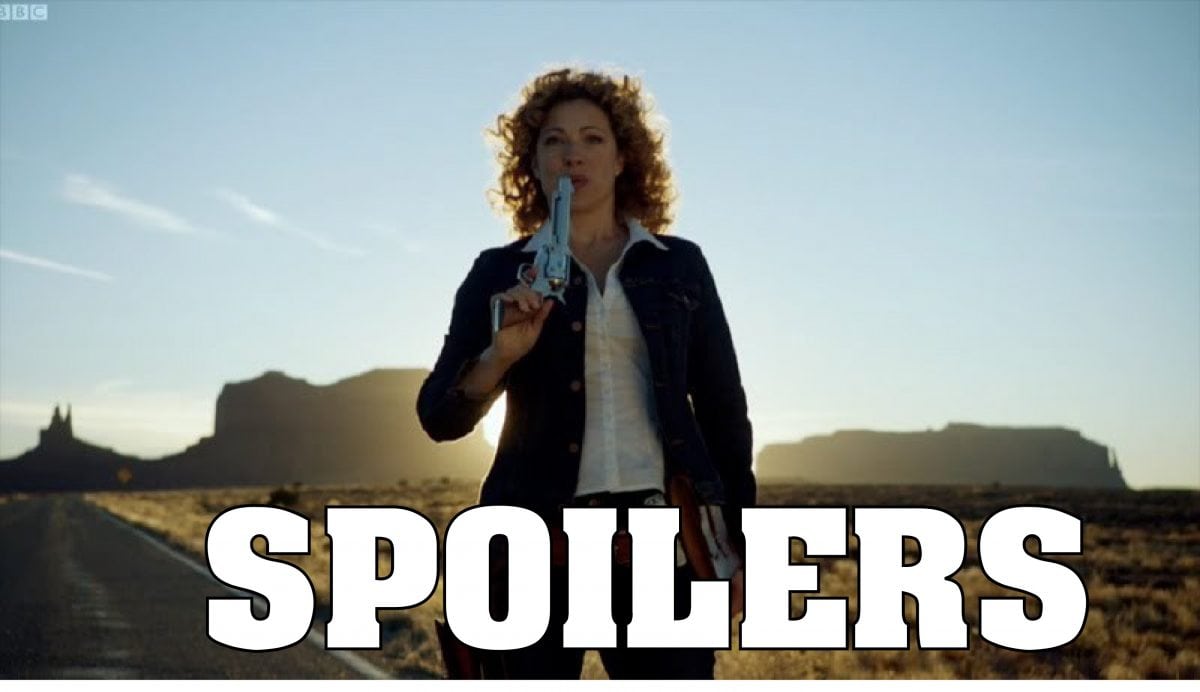 You’re the Worst went into a most incredible place starting in its second series. Mental health is a subject that shamefully is treated still as something shameful to discuss. No one has ever been embarrassed of a broken arm even though how you break your arm is much, much more likely to be the result of rank stupidity than a mental health issue. So congratulations to Falk and the remarkable acting of Aya Cash in making Gretchen’s journey through Depression both accurate (trust me, I know this) and still funny. You might find ‘funny’ to be an anachronism as mental health is a Very Serious Subject ™. Except that’s the point and I applaud Falk for taking it on as he did. So long as Very Serious Subjects ™ are treated only seriously, they are seen as scary things. On the other hand, treating Very Serious Subjects ™ with humour and they are less scary, they are approachable, acceptable and welcome.

Similarly, the PTSD of Afghan war veteran Edgar, played by Desmond Borges was allowed prominence in the third series. As Jimmy’s live-in friend and occasional cook, Edgar was perceived as just another ‘comedy buddy’ to be abused or used as the situation saw fit. Instead, Falk chose to advance Edgar in order to focus on one of our society’s great hypocrisies. Support the Troops! Salute the Parade! Thank You for Saving/Spreading Democracy! … but God help you if you need help after you return from war.

I could go on for another thousand words, but that would just be taking time from you that would be better spent watching You’re the Worst. It is mad yet shrewd comedy with a huge supporting cast I have not even had a chance to mention. Salutations to Stephen Falk for he is writing a hell of a great novel.