"Amanda Holden there, upholding every stereotype Europeans have about us." 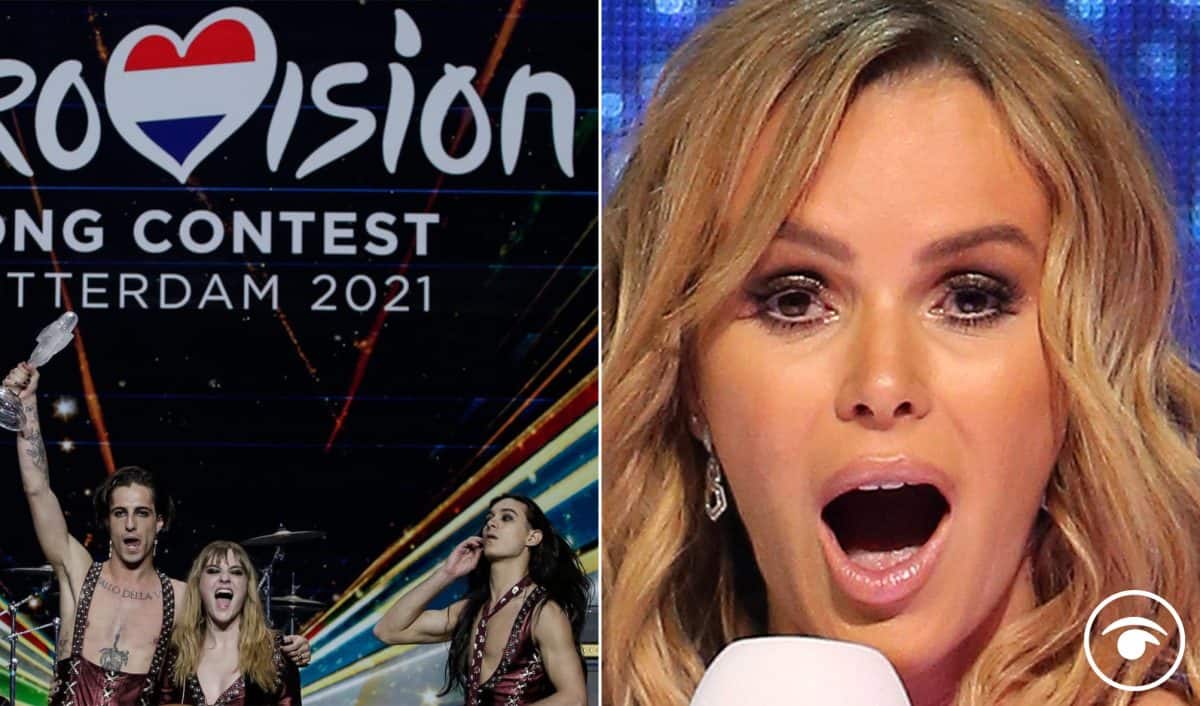 More than seven million people in the UK tuned in to watch James Newman score nil points in the final of the Eurovision Song Contest. Amanda Holden also made a crass joke, but we will get to her in a bit.

It was a disappointing night for the British hopeful, who was the only contestant to scored zero points from the jury vote and from the public vote, coming bottom on the leaderboard.

The competition, which was held in Rotterdam, Netherlands, after the show was cancelled in 2020, was won by Italy with rock band Maneskin’s Zitti E Buoni.

The lead singer of the Italian band who won the Eurovision Song Contest has denied taking drugs, following online speculation over competition footage showing him leaning over a table.

Newman took his defeat in good humour, drinking a beer and standing up to applause from the live audience in the arena.

The singer, who is the older brother of pop star John Newman, had hoped to win over viewers with his rendition of upbeat track Embers, which was inspired by the end of lockdown.

He performed in front of a crowd of 3,500 fans at the Ahoy arena.

rest of europe to the uk every year #Eurovision pic.twitter.com/WqrITdPaTe