The government paid around £200 million monthly to secure 8,000 beds from 26 private hospital groups during the coronavirus crisis, but they were barely used. 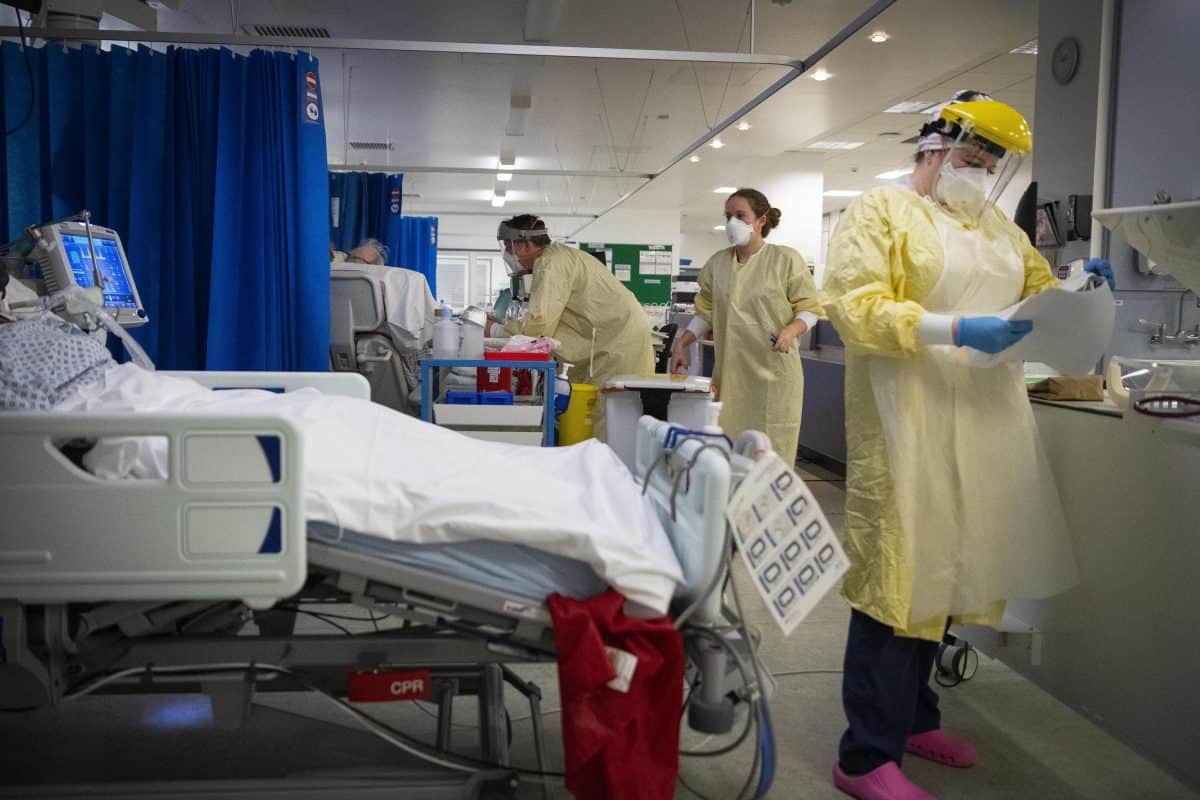 Ministers have been accused by a top think-tank of handing a £2 billion taxpayer subsidy for private hospitals in exchange for just seven dedicated Covid-19 beds a day during the first year of the pandemic, i news has revealed.

The government paid around £200 million monthly to secure 8,000 beds from 26 private hospital groups during the coronavirus crisis, the Centre for Health and the Public Interest (CHPI) found.

Covering the 12 months up to the end of March this year, the research revealed that there were many days during the period when no private hospital beds were being used for Covid patients, and many when just one was.

The report, due to be published in the coming weeks, also found that at no point did private hospitals treat more than 67 Covid patients in a single day.

The startling figures emerged during evidence given to the People’s Covid Inquiry – a probe into the government’s actions during the pandemic established by campaign group Keep Our NHS Public.

“A kind of subsidy going into the private hospital sector”

Giving evidence to the inquiry, Professor David McCoy – co-chair of CHPI and professor of global public health at Queen Mary University London – said: “The contracts stated that around 8,000 beds would be made available to the NHS.

Professor McCoy added that the amount of healthcare actually delivered by private hospitals to the NHS in 2020 was less than in 2019 – despite the NHS supposedly being overwhelmed in several periods since the pandemic began.

Of the 26 private hospital groups contracted by the government to provide beds during the pandemic, one – Circle Health – won a deal worth up to £346.6 million to the end of 2020. Another – Spire Healthcare – was awarded a contract worth up to £345.9 million.

Many of the deals were extended, the i newspaper reported, but the government is yet to publish details of these.

Among those appearing to benefit from the contracts are a number of Tory party donors or figures with previous links to the government.

A board director at The Ramsay Health Care – which won contracts worth up to £271.1 million – previously worked at the Department of Health and Social Care.

Awarded contracts worth up to £271.1 million

Mehdi Erfan, general counsel and company secretary at the private provider, held a number of roles at the department between 2008 and 2013.

His entry on the company’s website states: “He advised on various Secretary of State initiatives, and led for a number of years on the development and the rolling out of the NHS Standard Contracts . . . he was also involved with policy development throughout.”

A spokesman for DHSC said: “We will make no apology for ensuring the NHS has the resources it needs to provide care for patients in a global pandemic.

“The addition of around 6,500 additional beds increased NHS capacity and ensured facilities were available for patients diagnosed with Covid-19, whilst providing continuity of service for non-Covid-19 patients requiring elective activity, including cancer and other urgent treatments.”

An NHS spokesman said: “The independent sector contract has been used in accordance with patient need, helping hundreds of thousands of patients to access quicker and safe access to tests, checks and treatments, and helped to significantly increase the number of elective operations over the last few months, as well as redeploying independent sector staff and equipment to NHS hospitals.”

A spokeswoman for the Independent Healthcare Provider Network, which represents private hospital groups, added: “This historic partnership has played a pivotal role in ensuring vital non-covid NHS treatment to go ahead throughout the pandemic, with the sector’s capacity described by NHS England’s chief operating officer Amanda Pritchard as ‘critical’ in maintaining NHS cancer services during the pandemic, with the Royal College of Surgeons calling it a ‘lifeline’ to the health service.

“Open book accounting and independent external auditors have been used to provide taxpayers with full reassurance that they are getting value for money from the deal.”

Related: Rashford’s million-signature petition to be debated in Westminster today