Ernest Hemingway was one of the finest writers of the 20th Century, his work as a war reporter and novelist earned him a place alongside literary greats. He wrote in a very straight-to-the-point style and his simplicity made his work very accessible. His novels are about war, love, human turmoil and human greatness. He was […] 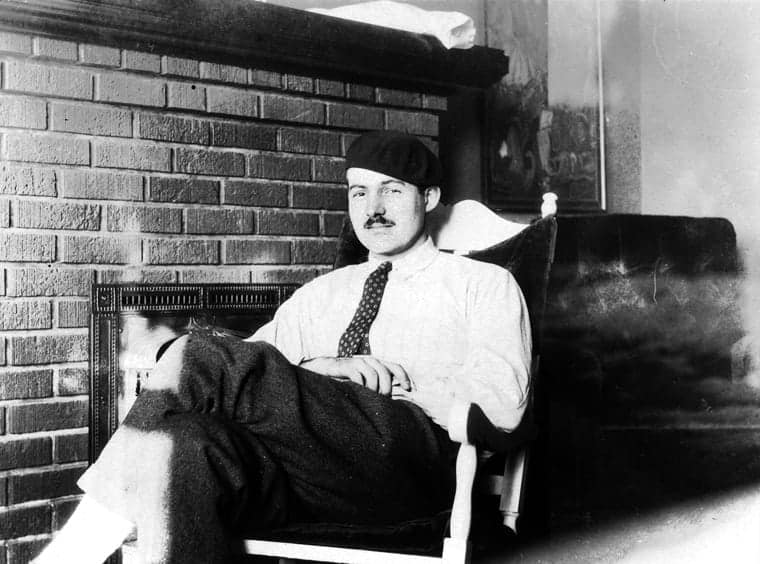 Ernest Hemingway was one of the finest writers of the 20th Century, his work as a war reporter and novelist earned him a place alongside literary greats. He wrote in a very straight-to-the-point style and his simplicity made his work very accessible. His novels are about war, love, human turmoil and human greatness. He was a controversial figure whose up-and-down life ended in suicide. However he will go down in history as one of the greatest writers and his short novel The Old Man and the Sea earned him The Nobel Prize for Literature. Other works include The Sun Also Rises, For Whom The Bell Tolls and A Farewell To Arms. Here are some of his best quotes:

20. “The best way to find out if you can trust somebody is to trust them.”

19. “There is no lonelier man in death, except the suicide, than that man who has lived many years with a good wife and then outlived her. If two people love each other there can be no happy end to it.”

18. “If a writer knows enough about what he is writing about, he may omit things that he knows. The dignity of movement of an iceberg is due to only one ninth of it being above water.”

16. “Always do sober what you said you’d do drunk. That will teach you to keep your mouth shut.”

15. “I learned never to empty the well of my writing, but always to stop when there was still something there in the deep part of the well, and let it refill at night from the springs that fed it.”

13. “Every man’s life ends the same way. It is only the details of how he lived and how he died that distinguish one man from another.”

12. “We are all apprentices in a craft where no one ever becomes a master.”

11. “I like to listen. I have learned a great deal from listening carefully. Most people never listen.”

10. “The world breaks everyone, and afterward, some are strong at the broken places.”

9. “But man is not made for defeat. A man can be destroyed but not defeated.”

8. “The only thing that could spoil a day was people. People were always the limiters of happiness except for the very few that were as good as spring itself.”

7. “I love sleep. My life has the tendency to fall apart when I’m awake, you know?”

5. “If you are lucky enough to have lived in Paris as a young man, then wherever you go for the rest of your life it stays with you, for Paris is a moveable feast.”

4. “Courage is grace under pressure.”

3. “There is nothing to writing. All you do is sit down at a typewriter and bleed.”

2. “An intelligent man is sometimes forced to be drunk to spend time with his fools.”

1. “Never think that war, no matter how necessary, nor how justified, is not a crime.”