by Joe Mellor
in Arts, Must Reads, Weird News 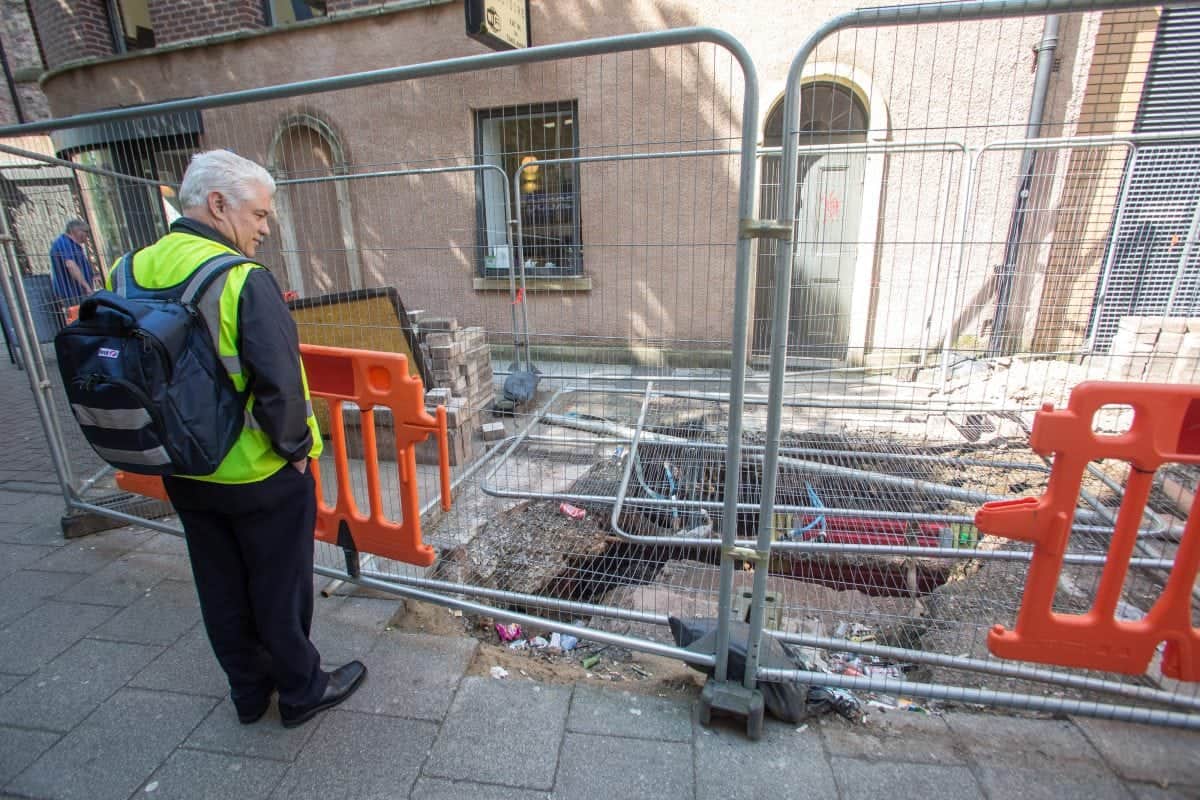 Cheeky residents fed up with roadworks which have not been finished for months have turned them – into an ART installation.

The large hole in the ground filled with rubbish and surrounded by scaffolding has seemingly been abandoned by officials.

It has been on a busy footpath in a city centre for the past five months, with no work carried out for weeks, residents say.

And now, a laminated sheet of A4 paper has appeared on the scaffolding surrounding the hole, entitling the site ‘Portrait of the water company as an artist’. 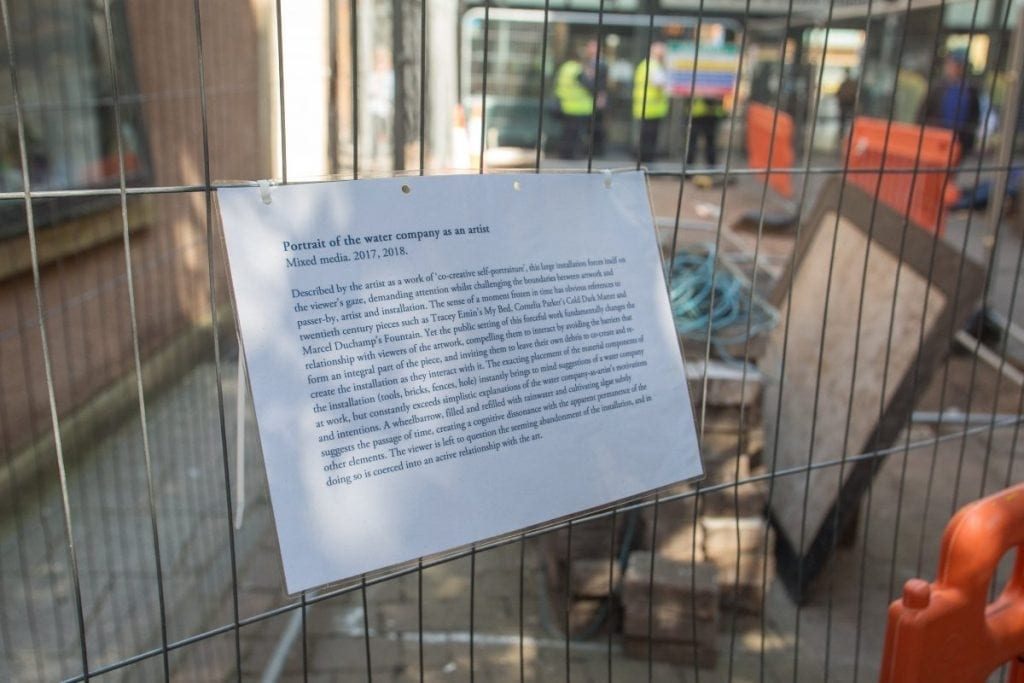 The sign goes on to describe the hole, which is located outside the back of Bristol Bus and Coach station in Bristol city centre, as “a work of co-creative self-portraiture”.

It reads: “This large installation forces itself on the viewer’s gaze, demanding attention while challenging the boundaries between artwork and passer-by, artist and installation. 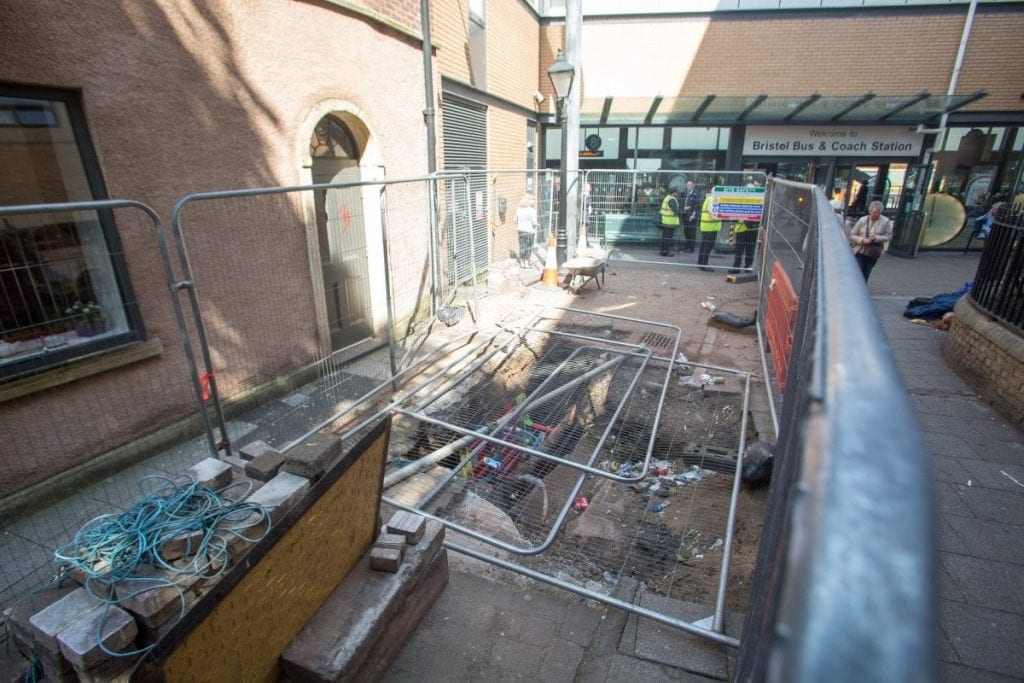 “The sense of a moment frozen in time has obvious references to twentieth century pieces such as Tracey Emin’s My Bed, Cornelia Parker’s Cold Dark Matter and Marcel Duchamp’s Fountain.

“Yet the public setting of this forceful work fundamentally changes the relationship with viewers of the artwork. 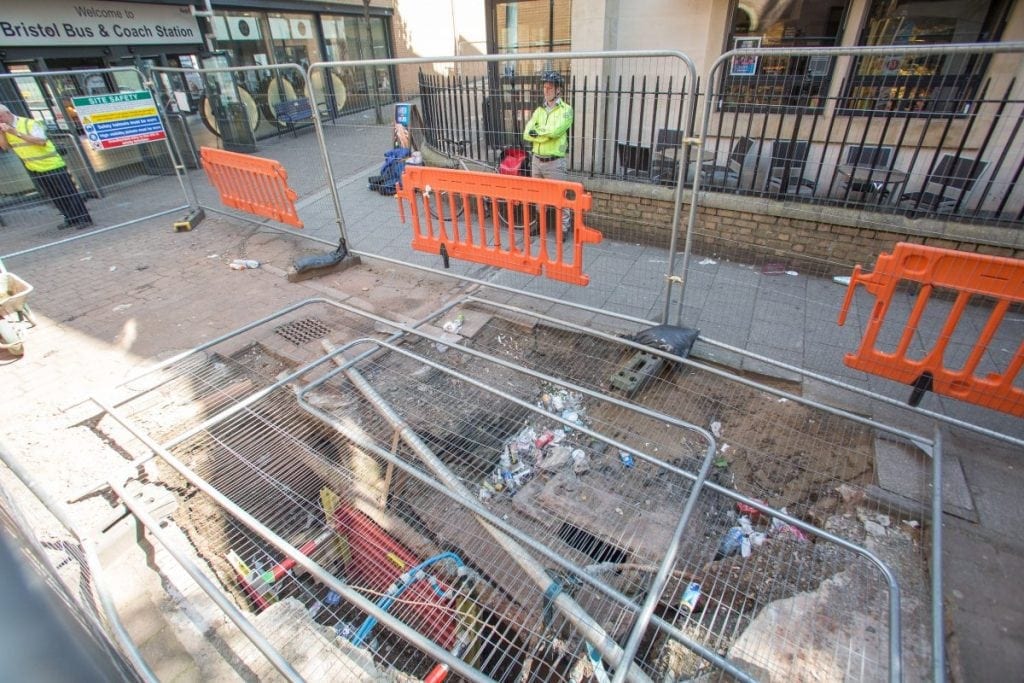 “It compels them to interact by avoiding the barriers that form an integral part of the piece, and invites them to leave their own debris to co-create and re-create the installation as they interact with it.

“The exacting placement of the material components of the installation (tools, bricks, fences, hole) instantly brings to mind suggestions of a water company at work.

“But [it] constantly exceeds simplistic explanations of the water company-as-artist’s motivations and intentions.

“A wheelbarrow, filled and refilled with rainwater and cultivating algae subtly suggests the passage of time, creating a cognitive dissonance with the apparent permanence of the other elements. 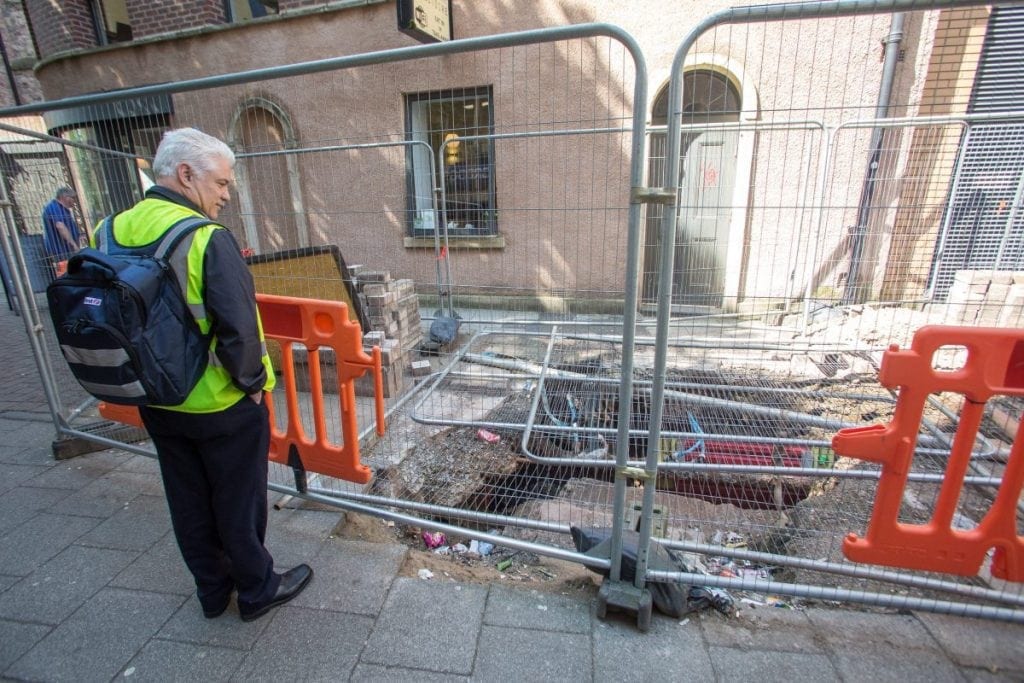 “The viewer is left to question the seeming abandonment of the installation, and in doing so is coerced into an active relationship with the art.”