Gabrielle Gillott, 24, painted a room and everything in it in a shade of purple called Safe Haven. 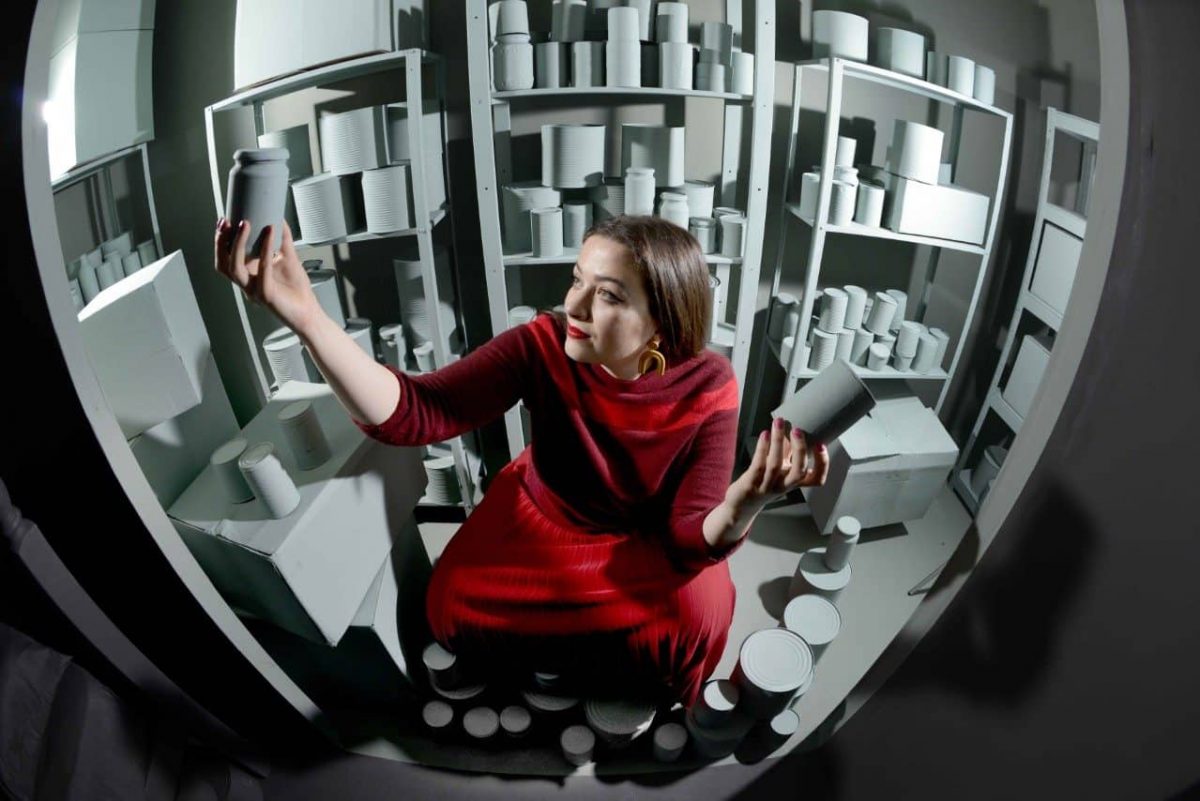 An artist has won a prize worth £10,000 after creating doomsday bunkers inspired by people stockpiling food amid fears of a no-deal Brexit.

Gabrielle Gillott, 24, is the winner of the 2020 Glenfiddich Residency Award, the largest of its kind for an emerging artist in Scotland.

She built her first bunker for her degree show at Edinburgh College of Art, painting the room and all objects within it a shade of purple called Safe Haven.

Ms Gillott said: “Titles given to interior paint colours act as a springboard in my practice.

“‘Safe haven’ drew me into an obsession with the prepping world, first with American doomsday preppers’ bunkers, then that evolved into a fascination with those prepping for a no-deal Brexit.”

She was chosen from artists taking part in the Royal Scottish Academy (RSA) New Contemporaries exhibition, a showcase of students who graduated from Scotland’s five art colleges in 2019.

For the exhibition, which opens to the public on Saturday at the RSA Galleries on the Mound in Edinburgh, she created a new three-room bunker installation titled Reading Room, Hidey Hole, Secret Room.

Ms Gillott, from Sheffield, will now join artists from around the world for a three-month residency at the Glenfiddich Distillery in Dufftown, Moray, in the summer.

Andy Fairgrieve, co-ordinator of the Glenfiddich Artists in Residence programme, said: “This year’s show is one of the strongest I have seen, with plenty of possible candidates for the Glenfiddich Award.

“However the boldness and professionalism of Gabrielle’s installation drew the attention of our selection panel.

Colin Greenslade, RSA director, said: “The opportunity for an emerging artist to join the wider group of international practitioners at Glenfiddich is an enormous privilege and honour.

“It has the possibility to catapult an artist’s career into a new international network.”