Mr Denniss, from Whitby, North Yorkshire, said he is not offended and can see the funny side. 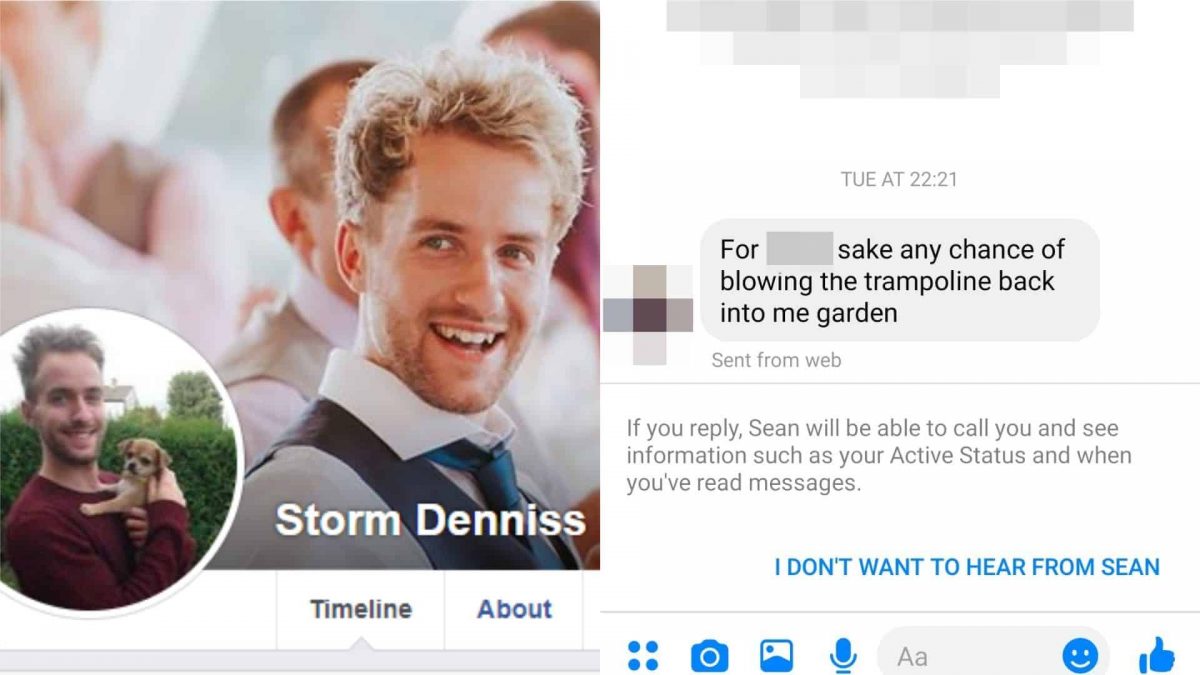 A cabinet maker from North Yorkshire has been the subject of more than 50 abusive messages – because his name is Storm Denniss.

Storm Dennis is forecast to batter large swathes of the country this weekend, with 70mph winds and up to 140mm (5.5in) of rain in some areas.

Mr Denniss, from Whitby, said the number of messages he has been receiving keeps increasing, but he is not offended and can see the funny side.

Stay away from mine this weekend

Messages sent include: “Na pal, stay away from mine this weekend, your kid has already ruined mi fence.”

Another person messaged: “Listen mate, Storm Ciara has already ****ed up my garden, give us a break.”

“I’m not easily offended unless it’s in my face personally. I know for a fact these are jokes so I’m enjoying it.”

Promise to spare the pub

He has replied to a few messages, including one promising to “spare” a pub from heavy winds.

The 24-year-old said no-one has commented on his name before now.

“When I heard it over the radio, I burst out laughing,” he said.

His unusual name actually has nothing to do with the weather, and he was not born during a storm.

He said: “That part is a rumour but the real reason is my mum read a book review and a character was called Storm.

“It was a strong name and stayed in her mind, she liked it which is why she chose it.”

The Met Office has issued severe weather warnings covering most of the UK this weekend.

A “perfect storm” of heavy rain, strong winds and melting snow could leave hundreds of homes across the UK flooded, experts warned.