It comes after a Minister told Brits to buy value brands to cope with the cost-of-living crisis. 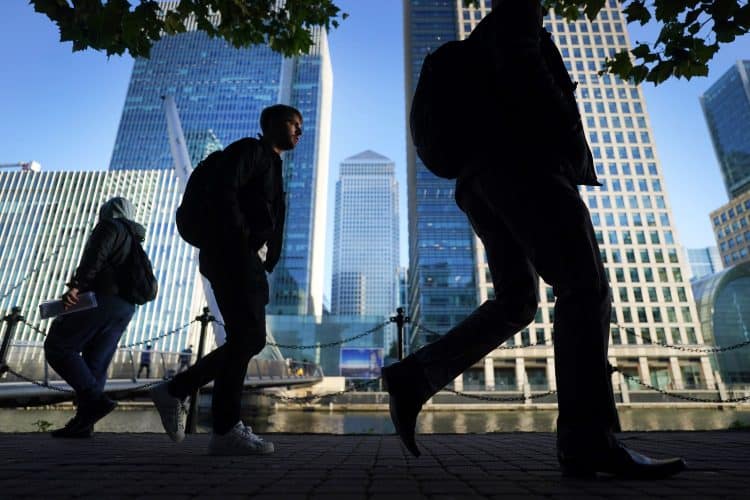 Pay for finance workers has surged during the pandemic and continued to widen the gap in earnings inequality, according to new figures.

It comes as there has been anger after a Minister told Brits to buy value brands to cope with living cost crisis.

New analysis by the Institute for Fiscal Studies (IFS) found that mean monthly pay among finance workers in February was 31 per cent higher than in December 2019, before the coronavirus pandemic.

However, this compares with 14 per cent average growth across all other sectors.

Pay growth among the finance sector was particularly driven by big rises for higher earners, the IFS said.

The new research also highlights that finance workers now account for almost 30 per cent of all employees in the top 1 per cent of UK earnings.

The pay of the top 1 per cent of UK employees increased at faster rate than the rest of workers, contrasting with the trend between 2016 and 2020, where low earners saw bigger increases in pay.

Nevertheless, the IFS said the significant jump in finance earnings could be partly driven by a rise in bonuses, which typically take place in January and February.

Xiaowei Xu, a senior research economist at the IFS, said: “Earnings inequality had been falling for some years before the pandemic hit, with low-paid workers seeing the strongest pay growth.

“The recent surge in pay among financial sector employees, particularly among top earners in the sector, has led to a reversal of this trend.

“This appears to be the first time since the financial crisis that finance sector earnings have taken off like this and it remains to be seen whether this is a one-off spike or a new trend.”