"Obviously never been to an Asda, Tesco etc to see the queue for when the yellow sticker food comes out," wrote one person after his comments. 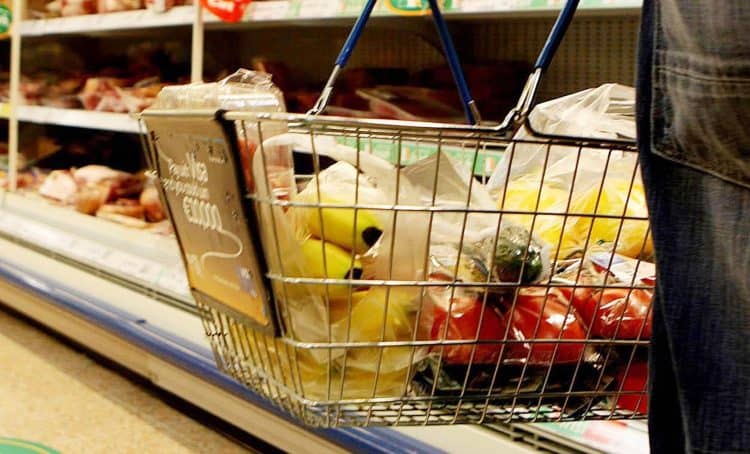 Today’s award for the most out of touch Tory goes to… George Eustice, following comments about how the general public can deal with the ongoing cost of living crisis.

The environment minister said that by going for cheaper “value” goods, families can “contain and manage their household budget”.

Asked what his advice was to people who want a Sunday roast with a chicken but cannot afford it, Eustice told Sky News: “Generally speaking, what people find is by going for some of the value brands rather than own-branded products – they can actually contain and manage their household budget.

“It will undoubtedly put a pressure on household budgets and, of course, it comes on top of those high gas prices as well.”

In response, Lib Dem Wendy Chamberlain MP said: “These comments show George Eustice and the Conservatives are living in a parallel universe. Families and pensioners who can’t afford their weekly shop need more help, not patronising advice from a clueless minister.”

Mr Eustice’s comments come as latest figures show shop prices are up 2.7% on last year, marking their highest rate of inflation since September 2011.

Food inflation accelerated to 3.5 per cent in April, up from 3.3 per cent in March, although fresh food inflation slowed slightly from 3.5 per cent last month to 3.4 per cent amid fierce competition between supermarkets which resisted price hikes on everyday essentials, according to the BRC-NielsenIQ Shop Price Index.

Eustice’s comments went down as well your most recent electric bill, as you will see below:

Related: Watch: ‘Boris is giving every Scottish person the ick for the UK’