Jonathan Ashworth said work should be the best defence from the rising cost of living, "yet millions in work are in poverty". 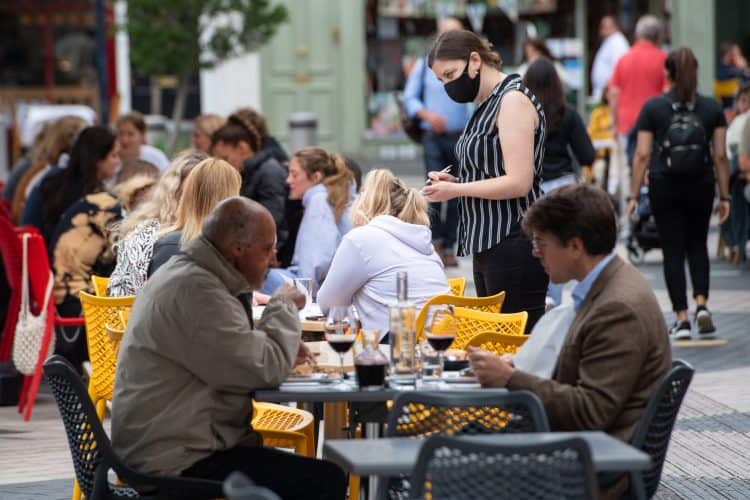 Britons have seen rises in their pay packets fall behind soaring inflation at a record pace as the cost-of-living crisis tightens its grip on UK households, according to official figures.

The Office for National Statistics (ONS) revealed that regular wages excluding bonuses plunged by 4.5 per cent in April when taking Consumer Prices Index (CPI) inflation into account – the biggest fall since records began in January 2001.

It comes as inflation has jumped to a 40-year high of 9 per cent due to soaring energy and fuel bills amid the impact of the Ukraine war, and as economies emerge from the pandemic.

The ONS data showed that, in the three months to April, regular pay excluding bonuses fell 3 per cent after the impact of inflation – the biggest fall since November 2011 – despite a 4.2 per cent rise in average earnings.

But in a welcome dose of good news on the economy, the figures showed the number of UK workers on payrolls rose by another 90,000 or 0.3 per cent between April and May to 29.6 million.

Job vacancies also rose to a new record of 1.3 million despite a further slowdown in the rate of growth, while the redundancies rate to a new low of 2 per cent in the three months to April.

But shadow work and pensions secretary Jonathan Ashworth said: “Work should be the best defence from the rising cost of living, yet millions in work are in poverty, real wages are plummeting, the numbers in overall employment are below pre-pandemic levels, and the numbers on out-of-work benefits not looking for work is higher than pre-pandemic.”

He also accused ministers of showing “utter complacency about the huge levels of economic inactivity”.

The ONS said those classed as economically inactive fell by 39,000 in the quarter, but remained high at 8.8 million, due mostly to older workers choosing to retire early throughout the pandemic, which has led to a shrinking labour market.

Sam Beckett, head of economic statistics at the ONS, said the figures “continue to show a mixed picture for the labour market”.

She said: “While the number of people in employment is up again in the three months to April, the figure remains below pre-pandemic levels.

“Moreover, although the number of people neither in work nor looking for a job has fallen slightly in the latest period, that remains well up on where it was before Covid-19 struck.”