“It is an odd choice to have offered basically next to nothing to low-income households in this spring statement," one said. 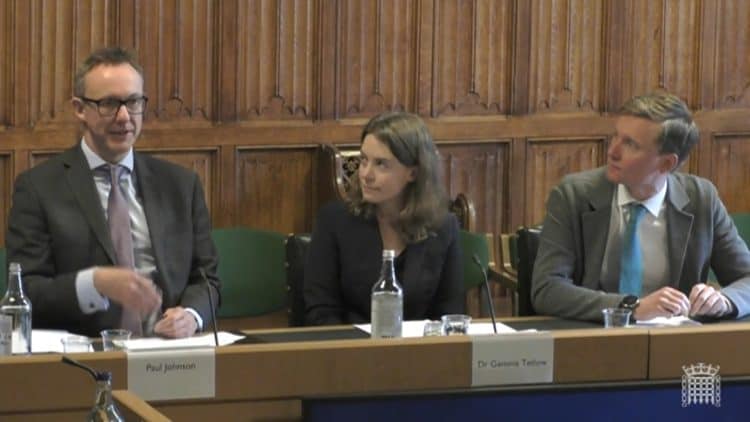 Senior economists have reacted with surprise at the Government’s decision not to raise benefits in last week’s spring statement, MPs have been told.

The Treasury Select Committee were told that Chancellor Rishi Sunak’s measures will leave the poorest, out-of-work households the worst-off group from his support packages.

Torsten Bell, chief executive of the Resolution Foundation (RF) think tank, said: “I was very surprised that the Chancellor had chosen the overall package he had when it came to what was on offer for lower-income households.”

He pointed out that lower-income households will feel the pressure from rising energy bills – which is driving inflation.

The economist added: “It is an odd choice to have offered basically next to nothing to those households in this spring statement.

“I didn’t think he would do that and I was wrong.”

The RF has calculated that the cost of living crisis will push 1.3 million households into absolute poverty.

For those in the poorest quarter, income falls 6%, and for out-of-work households it falls by 8%, the RF has said.

Mr Bell added: “The surprise is he didn’t try to do anything to reduce the increase in absolute poverty.

“The Chancellor has consistently gone out of his way to concentrate support for those in work.

“The blindingly obvious answer is you need to uprate benefits in April by more than we are doing, so that the level of the real terms cut over the course of this particular year isn’t huge.”

Paul Johnson, director of the Institute for Fiscal Studies (IFS), agreed with an uprate in benefits and said there are mechanisms available to do it.

He told MPs: “These are really big falls in the real living standards for households that are budgeting over relatively short periods of time.

“It would be better (to raise benefits) than doing nothing.”

Gemma Tetlow, chief economist at the Institute for Government (IfG), said all groups will feel the pain of the cost-of-living crisis, but higher income households will be better protected because they managed to save money during the pandemic.

She explained: “It’s obviously a political choice where to target support to.

The economists also questioned the Chancellor’s decision to offer £150 discounts on council tax bills for people living in bands A to D.

Asked whether Mr Sunak is correct to claim council tax banding was a good proxy for household income, Mr Bell said: “Is it vaguely correlated – yes. Are property values in the early 1990s perfectly correlated with incomes or increase in energy bills today – no.

“It is not the best one for targeting poorer households.”

He added that about 500,000 of the poorest households will not benefit from the rebate due to quirks in the council tax banding, including one in five low-income households in London.

He added: “You’ve got to do the well-targeted thing first and then you’ve got to decide how you want to protect the population as a whole.”

Dr Tetlow added: “You could have given those on benefits £600 each versus £150 each in council tax rebate.

“It’s ultimately a political choice but I can see several reasons why in these particular circumstances that there’s a case for targeting people on lower incomes.”

Mr Johnson said: “If what you wanted to do was to provide broad-based protection for the population through a little bit of targeting through the council tax rebate it wasn’t a bad way to do it.

“But first, that’s become less adequate for everyone given that prices are going to rise faster, but second it doesn’t do enough for those on the very lowest income who are going to be struggling the most.”