“Like a whack-a-mole game where once one difficulty is resolved, another appears soon after." 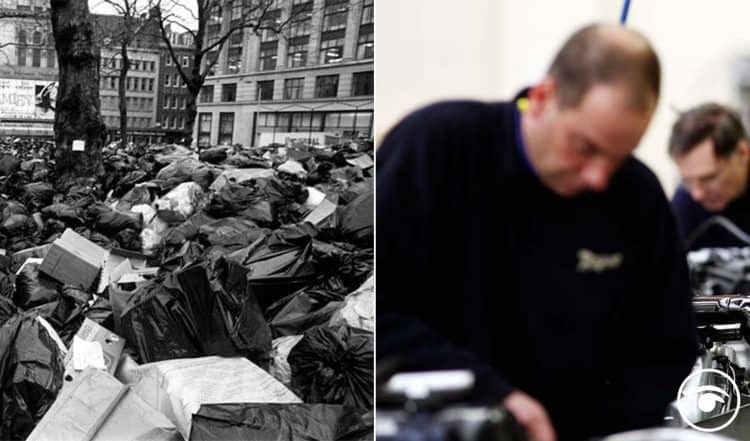 There are concerns that the UK is heading back to a period of Stagflation, not seen since the 1970s, with zero growth and high inflation.

Business confidence in Britain has collapsed due to supply bottlenecks, rising energy prices, fuel shortages and incoming tax increases. They have all combined to stifle growth.

The Institute of Directors said sentiment had “fallen off a cliff” in September.

The latest weekly update on the economy from the ONS showed that job vacancies in the transport, logistics and warehousing sector were up by more than 350% on pre-pandemic levels.

Also the pound has come under further pressure as fears over “stagflation” stalk the economy.

Sterling dipped below $1.35 to hit a fresh eight-month low against the US dollar early on Wednesday before extending its losses to a level not seen since late 2020.

Inflation recently hit its highest level for nine years and the Bank predicts it will soon head above 4%.

The UK’s manufacturing sector saw growth slow last month on the back of surging material and staff shortages, according to new figures.

The closely watched IHS Markit/CIPS Purchasing Managers’ Index (PMI) returned a reading of 57.1 for September, down from 60.3 in August.

Any reading above 50 implies growth.

The reading showed the sector was still in growth but represented the weakest performance since February and the fourth consecutive month of decline.

Nevertheless, it was slightly ahead of expectations as economists had predicted a reading of 56.3 for the month.

Rob Dobson, director at IHS Markit, said the figures highlight the “risk of the UK descending towards a bout of stagflation”, as growth in output and new orders sharply eases while costs and selling prices soar.

“Production growth is severely impacted by the ongoing strain across supply chains and, with demand far exceeding supply, the inevitable result has been higher prices, which will ultimately hurt the pockets of consumers.”

It also showed that lead times surged to one of the highest levels on record, as firms particularly highlighted “delays to air, land and sea freight” and other supply chain issues.

Meanwhile, new orders rose at the weakest pace since February and new export work contracted for the first time in eight months.

Duncan Brock, group director at the Chartered Institute of Procurement & Supply (CIPS), said: “Prices for raw materials and skilled staff continued to soar as 99% of the survey’s supply chain managers said prices had either gone up this month or stayed at elevated rates.

“These high costs of doing business are affecting jobs, as skilled labour remained both elusive and expensive, leading to the lowest rise in job creation since the beginning of the year.

“The sector is feeling the strain of an ongoing onslaught of snags and hitches at every stage of the supply chain, from sourcing raw materials through to component shortages and delivery disruptions.

“Like a whack-a-mole game where once one difficulty is resolved, another appears soon after, the sector may be challenged but remains stoically convinced that things can only get better in 2022 once the next few gruelling months are at an end.”

Huw Howells, head of manufacturing and industrials at Lloyds Bank, said: “Materials shortages are taking the wind from manufacturers’ sails, with the PMI signalling a significant slowdown in the sector’s month-on-month growth.

“While it’s possible that things could get worse before they get better, we should remember that a reading above 57 indicates strong growth and was a rarity before the pandemic.

“And while serious headaches persist in the supply chain, they’re unlikely to be enough to tip the sector’s growth into reverse.”