The backlog will add to concerns over how UK industry will cope with the key Christmas period. 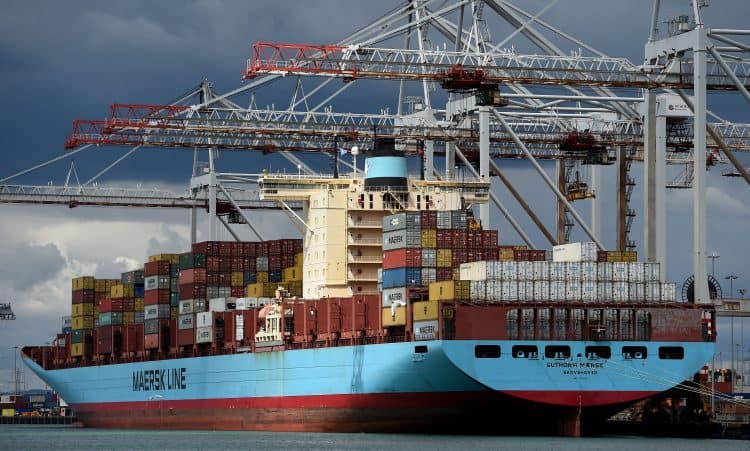 Shipping giant Maersk has said it is diverting vessels away from UK ports because of a build-up of cargo.

It has started rerouting its container ships away from Felixstowe, the UK’s largest commercial port, to unload elsewhere in Europe before using smaller vessels to finally get deliveries to the UK, the Financial Times reported.

Lars Mikael Jensen, head of global ocean network at Maersk, said the HGV driver shortage has slowed down the time it takes for containers to be emptied and picked up.

“We had to stop operations on a ship because there was nowhere to discharge the containers,” he said.

“Felixstowe is among the top two or three worst-hit terminals.

“We are having to deviate some of the bigger ships away from Felixstowe and relay some of the smaller ships for the cargo.

“We did it for a little while over the summer and now we’re starting to do it again.”

The backlog at Felixstowe, which deals with 36% of UK freight container volumes, will add to concerns over how UK industry will cope with the key Christmas period.

Mr Jensen also warned that this may mean retailers are forced to prioritise what they ship to deal with the congestion.

The lorry driver shortage has contributed to disruption at UK ports, while sites elsewhere across the world have also suffered significant delays.

Retailers have highlighted particular issues in China and east Asia, where pandemic restrictions and poor weather conditions have affected shipping.