They had considered hiring European workers at the beginning of the pandemic last year but decided to try and hire locals instead. 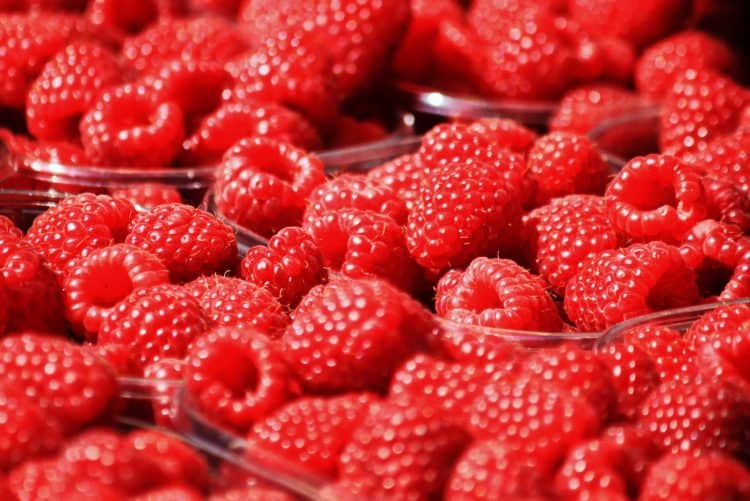 A farm that offered people the chance to pick raspberries for free was stripped of all its ripe fruit within hours – after hundreds of cars descended on it.

Farmers Ronda and Richard Morritt reluctantly decided to give away the raspberries after they could not recruit enough local workers to harvest them.

Rather than see the fruit go to waste they offered locals the chance to pick their own fruit for free at Sand Hutton farm near York, North Yorkshire.

However hundreds of vehicles descended on the farm on Wednesday and all the ripe berries were taken.

So many people turned up that the farm had to appeal to people to stay away.

A message posted on its Facebook page read: “Can people stop coming, we’ve had 100’s of cars, and very few raspberries left.”

Mrs Morritt later explained: “We just thought we’d have 20 or 30 cars – but there were between 200 and 300 cars pulling in. It was absolute bedlam.

“There’s not one red raspberry left – they just went crazy.

“We had to put a sign up saying please come back at the weekend, when there will be more red ones.”

Mrs Morritt explained she and her husband had considered hiring European workers at the beginning of the pandemic last year but decided to try and hire locals instead.

While they had had enough workers wanting to pick asparagus in May, they had drawn a blank with raspberries – despite it being a job that would suit older people and offering part-time shifts.

She added: “We only had four or five people interested.

She said far from being the “cheap labour” people imagined, the costs of bringing in a European workforce ran into thousands before they started paying the wages.

“Then you have to buy the caravans, have them all insured, have gas and electric certificates, get the kettles PAT tested.

“Then there’s the minibus to go to Asda to take them shopping, satellite internet, TVs, washing machines and freezers.”

Mrs Morritt said they’d probably end up coming out of raspberries next year, after nearly two decades, although they would stick with asparagus, which has much better profit margins.

She said she was not blaming Brexit or Covid-19 – although neither had helped.

She added: “There’s lots and lots of different factors.

“We still don’t get much more per punnet than 10 years ago and labour costs are going up.

“A member of staff can cost us 80p per punnet and a punnet can make as little as 90p from the wholesaler.

“The margins are so tight. Even the price of punnets has gone up because of the price of oil – a top and bottom used to cost 6p, it’s now 12p.”

She said they’d stopped growing strawberries a few years ago “because it’s cheaper not to”.

She added: “Our bank balance looked much healthier not growing 40 tonnes of strawberries.

“There’s a lot of people coming out of soft fruits according to our agronomist – if you’re not in it in a big way, it’s not worth it.”

Grateful punters left messages on the farm’s Facebook page thanking the couple but asking why they had not charged people to pick their own fruit.

The couple replied: “Sadly that would mean paying someone to man the exit, Richard and I both work, so can’t be there all the time.”