He also called for the fast-tracking of Afghan refugees being processed to fill the void of workers. 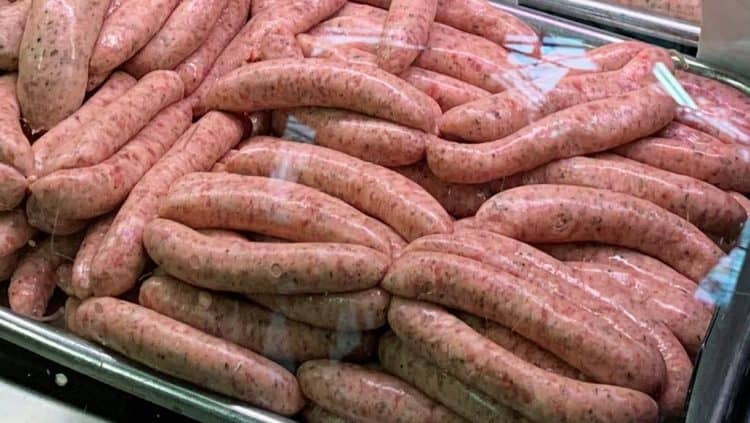 A premium sausage maker is to start employing prison inmates to overcome a post-Brexit labour shortage.

He has even called for the fast-tracking of Afghan refugees being processed to fill the void of workers.

And now he has launched a bid to recruit serving prisoners to train them in food production.

Mr Keeble said: “We are trying to look at as many routes to employ people – whether it’s local people, school leavers or giving serving prisoners skills in food production.

“There is no doubt that lots of prisoners, currently serving sentences, would make great drivers, butchers, bakers and chefs.

“Many other companies such as Timpson and Cook, take a similar approach.”

The firm, based in Bedale, North Yorks., is the UK’s largest independent sausage and banger maker.

But it is facing staff shortages in September and said it urgently needs to fill roles across dispatch, distribution, and marketing.

Mr Keeble, who founded the firm, has previously raised concerns over the gap in the labour market for the food industry.

And he even fears the Christmas staple of pigs in blanket could be under threat as production could be cut by a third.

He said: “The biggest issue in the food and supply industry is recruitment and retaining.

“British people don’t see food as a destination career, but we’ve had people starting work for us straight from school, who we have trained up and are now heading up marketing and sales.”

The firm has taken to training its own workers to distribute their sausages and bangers to customers to combat the sector’s crippling shortage of hauliers.

Mr Keeble’s son Roddy is now filling the gaps and driving up and down the country.

The bangers boss said: “We’ve tried our regular haulier, we’ve tried outside hauliers, but there is no availability, they all just laughed at me when I said I wanted a lorry tomorrow night.

“It’s getting that bad, that’s the only way we can do it.

“Everyone has their view on why there are shortages but the truth of the matter is a huge amount of eastern European people have gone home and don’t want to come back again – they feel unwelcome after Brexit, which is a shame.

“The Government needs to take urgent action. They need to get on top of issuing of settlement codes, we know there are people waiting to come to work in the UK.

“Why not fast track processing of refugees, if these guys want work, then we have it for them.”