"We have got the pandemic where people are hanging on by their fingertips in some areas. We have had four years to get a deal and, yes, businesses are cross.” 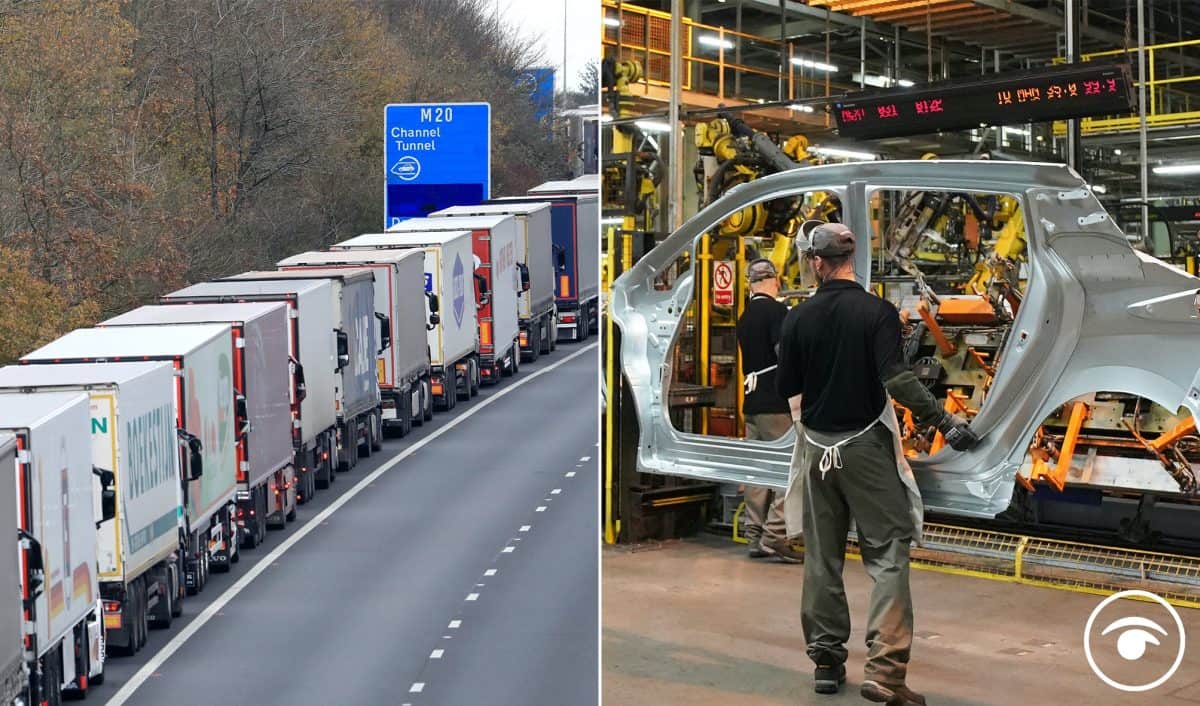 Nissan has repeatedly said its Sunderland plant would not be viable in the event of no-deal, with a source this week warning: “There is no Plan B.” It comes as many as 60% of Kent businesses are not prepared for a no-deal Brexit.

Nicola Sturgeon, Scotland’s first minister, has told CNN that she thinks the chances of a trade deal with the EU is now “almost vanishingly small”. In an interview with Christiane Amanpour, Sturgeon said:

“I think the chances of a deal now are almost vanishingly small. They’re not non-existent, and I remain hopeful I guess, because no deal would be catastrophic.

“But I’m starting to worry not just that no deal is now the overwhelming likelihood, but that Boris Johnson is actually now almost planning for that.”

The car giant which directly employs around 6,000 people in the North East has already spent £400 million on machines and preparing suppliers to build the new model of the popular Qashqai next year.

But 10% trade tariffs on the models it builds – including the electric-powered Leaf – would make the plant unviable, bosses have warned.

Europe chairman Gianluca de Ficchy told a news conference at the plant in October 2019: “If a no-deal scenario means the sudden application of WTO tariffs, we know in that case our business model won’t be sustainable in the future.

“Our industry works with lower margins and if we are in a situation in which tomorrow we have to apply 10% export duties to 70% of our production, the entire business model for Nissan Europe will be in jeopardy.”

In several interviews since then, global chief operating officer Ashwani Gupta has maintained that remained the case.

A Nissan source said: “We have been planning the whole time on the basis that there will be a deal.

“Look at the money we are putting into the new Qashqai – we are already in trial production for it.

“We have already spent the best part of £400 million on all the machines and tooling the suppliers, reconfiguring the line for the car.”

The plant is in Labour MP Sharon Hodgson’s Washington and Sunderland West constituency.

She said: “It has always been clear that a no-deal Brexit would be devastating for the automotive industry in the UK, and Nissan, who have a manufacturing plant in my constituency, will be no exception to this rule and Nissan have been vocal on this point themselves.

“The Government must take securing a deal seriously.

“We are just weeks away from the end of the transition period and manufacturers still have no certainty or clarity of what will be expected from them on 1st January.”

The plant will shut down for Christmas from December 19, reopening on January 4.

As many as 60% of Kent businesses are not prepared for a no-deal Brexit, it is feared.

Concerns have been raised that companies already “hanging on by their fingertips” after a year of pandemic disruption may not be ready for the “seismic shift” in trade.

This is despite Britain being just weeks away from the end of the transition period without a deal being struck.

The warning from a group representing businesses in Kent comes as a deadline on UK-EU trade talks looms this weekend.

Kent has been a focal point as the end of the Brexit transition period approaches, with a huge lorry park constructed by the M20 amid fears of miles-long queues of HGVs stacking up on the motorways.

The county council announced on Thursday that it has been given new powers to clamp HGVs and fine drivers if lorries are parked illegally.

Later on Friday, a live test of plans to keep traffic moving on the M20 in the event of cross-Channel disruption will be carried out.

But there are concerns that hundreds of businesses are unprepared for what is to come because they have not done their “homework”, according to the deputy chief of Kent Invicta Chamber of Commerce.

Speaking to the PA news agency, Tudor Price said he expects some disruption to Kent’s highways after December 31 but that “it’s not going to be gridlock”.

“Where the problem will lie will be the businesses that have failed to address their paperwork requirements and the goods won’t be able to move.

“That confusion and logjam will obviously have an impact on other parts of the movement and flow of goods through the county where we have got vehicles turning up and being turned away (at the border).”

Mr Price estimated that as many as 60% of Kent businesses are not prepared.

He said those 60% are “hoping that the problem is going to go away because of a deal”.

Mr Price said businesses that have been left “battered and bruised” by the pandemic are frustrated at the Government’s delay in reaching a decision.

He said: “We have got the pandemic where people are hanging on by their fingertips in some areas.

“We have had four years to get a deal and, yes, businesses are cross.”

Mr Price called on the Government to make an “absolute decision” soon and then to allow businesses time to get used to any new rules.