The accusation was levelled by Ukrainian Ambassador to Ireland . 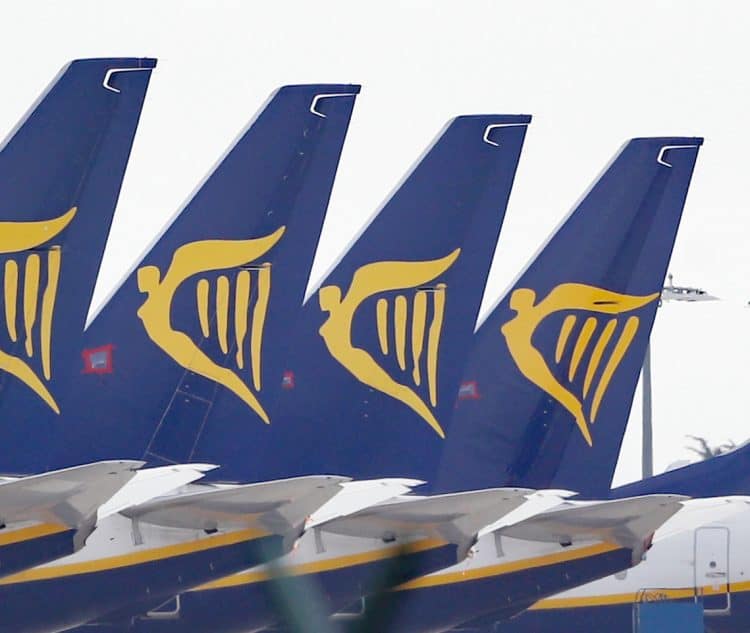 The Irish Transport Minister has said he will talk to Ryanair after the airline was accused of hiking prices along one of the key routes to Ireland for Ukrainian refugees.

Ryanair has rejected claims that the fares have jumped between Poland and Ireland, an accusation levelled by Ukrainian Ambassador to Ireland Larysa Gerasko last week.

Eamon Ryan, the Irish Minister for Transport, is due to meet the Ukrainian Ambassador this week.

He said that he would listen to Ms Gerasko before discussing the issue with the Irish low-cost airline.

“We’re in constant touch with Ryanair. Through the previous Covid crisis, on a number of occasions, they helped us in terms of getting people out of difficult places in different ways,” Mr Ryan said on Monday.

“Let me first of all talk to the ambassador and then I’ll talk to Ryanair without a doubt,” he told RTE radio.

Mr Ryan also said that Ireland will be pushing for more punitive sanctions against Russia, when EU foreign ministers meet in Brussels later on Monday.

Irish Foreign Affairs Minister Simon Coveney will be at that meeting and Mr Ryan said that Ireland would back tougher measures taken against Russian oil and gas.

“We will be pushing for the further, stronger sanctions. We don’t have fighter jets. We can’t enforce a no fly zone over over Ukraine but we can and will put further pressure in every way we can on the Russian Government to desist and stop,” he said.

He confirmed that Ireland has already taken in around 10,000 Ukrainian refugees.

“We have also in this country, like every other European country, opened our doors and how we manage that – we have some 10,000 people arrived already – there will be more coming and the challenge that presents is immense beyond compare.”

Asked about sanctions on Russian fuel, he said: “I think if we can get agreement and it has to be based on collective agreement, that’s our strength, we would introduce whatever sanctions are applied straightaway.”

Ireland is less reliant on Russian oil and gas than some European counterparts, with only 2-3% of gas supplies in the country coming from imported Russian gas.

While the Green Party leader said that he did not believe fuel rationing was a likely prospect, he stressed no one could predict the next direction of the war.

“We’re in a war situation. No one knows how this might escalate. And we do have to provide wartime measures, in effect, to manage supplies, but I’m confident we can do that.”