Union calls for urgent review of private sector contract awards as company collapse plunges workers and services into crisis GMB, Britain’s general union has called on Prime Minister Theresa May to act immediately to take Carillion contracts into public ownership after the company went into liquidation today. The union called for a full and transparent […] 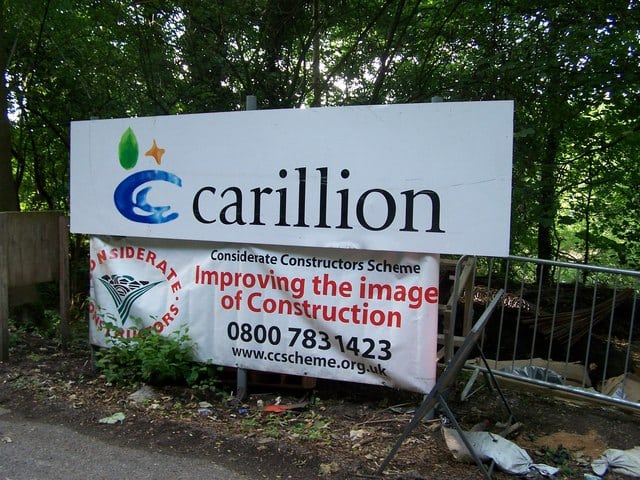 GMB, Britain’s general union has called on Prime Minister Theresa May to act immediately to take Carillion contracts into public ownership after the company went into liquidation today.

The union called for a full and transparent inquiry into the provision of public services by private sector contractors once jobs and services were secured.

Tim Roache, GMB General Secretary said: “The Prime Minister must act right now to bring Carillion contracts back into public ownership. That is the only way to safeguard the jobs and services this mess has put at risk.

“Merely propping up this botched shell of a company is not a secure or stable solution for our public services. It’s high time we brought this vital work back in house.

“Despite months of profit warnings, ministers have failed to prepare for the collapse of Carillion, which has plunged workers into crisis today.

“The Government has continued to spoon-feed the company taxpayers’ money by awarding them yet more contracts. Ministers should be hanging their heads in shame today – it’s a complete shambles.

“Carillion is the tip of the iceberg. Continued privatisations have mortgaged our future and services that we all rely on to profiteering companies.

“The minute jobs and services are secure, the Prime Minister must conduct a full and transparent inquiry into the provision of public services by private sector contractors with a view to taking them back under public control. What is unfolding at Carillion must never be allowed to happen again.”