"Stark warning to the UK economy that the accelerated levels of growth we’ve seen earlier this summer are not sustainable,” said Duncan Brock, group director at CIPS. 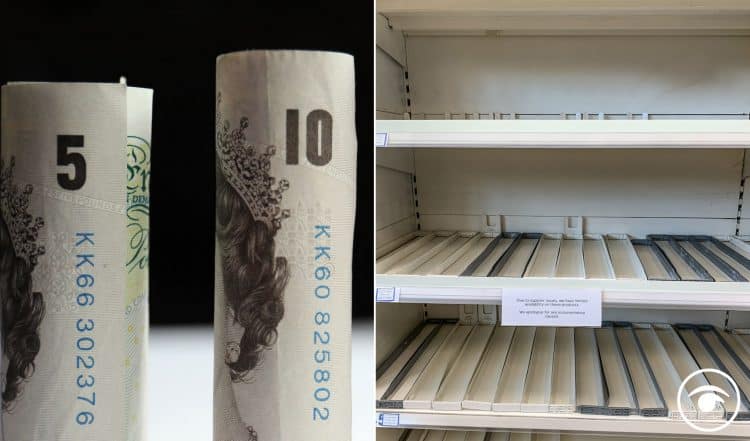 A shortage of staff and problems in supply chains have hampered UK businesses so far this month as growth slowed to the lowest point in half a year.

A closely-followed survey, which has been running since 1998, said that employment numbers have risen at their fastest rate in its history.

But the lack of workers to fill roles put pressure on companies.

The IHS Markit/CIPS Flash UK Composite PMI gave a reading of 55.3 for August, down several points from last month’s 59.2.

Scores above 50 on the index represent growth, while anything below that is a contraction.

The flash figures are preliminary and based on responses from most of the survey participants.

“An abnormally large slowdown in overall activity in August offers a stark warning to the UK economy that the accelerated levels of growth we’ve seen earlier this summer are not sustainable,” said Duncan Brock, group director at CIPS, which helps compile the survey.

“It was the slowest output expansion for six months, and the worst shortages of staff and materials on record are mostly to blame.”

The manufacturing and service sectors saw the biggest loss of momentum during August, the researchers said.

The survey showed that output was 14 times more likely than normal to be reduced due to staff shortages.

Mr Brock said: “Finding the right skills was difficult for businesses, meaning that job seekers had the pick of the bunch in terms of opportunities.

“The service sector was hiring at a brisker pace than any time in the past 25 years and stronger wage demands followed suit, which resulted in business costs climbing again.

“Manufacturers paid more for shipping their goods, and supplier delivery times were rivalling the height of the disruption last year.”

IHS Markit chief business economist Chris Williamson said: “Prices have risen sharply again, albeit with the rate of inflation moving below July’s record high, as shortages once again fuelled a sellers’ market for many goods and services and wages rose further.”

The survey of 262 major manufacturers found that output increased in 13 out of 17 sectors, with growth particularly driven by the food, drink and tobacco sectors.

It reported 22% growth for the quarter to August, representing a slow-down from the 37% rise for the three months to July.

The CBI said the survey showed this was driven primarily by the motor vehicles industry, which saw output drop from a near-record pace to being flat for the period.

However, manufacturers have said they expect output growth to pick up again over the next three months.

“However, early signs from the data suggest that growth in activity may have peaked.”

The survey also revealed that stock levels deteriorated to a new record low for the time in consecutive months.

Firms reported a stock adequacy reading negative 14% for the period, representing the worst figure since records began in 1977, as respondents highlighted, particularly, issues in electronic engineering and plastic products.

Tom Crotty, group director at Ineos and chair of the CBI manufacturing council, said: “While it is great to see manufacturing performing well, there is no getting away from the fact that many firms are facing serious challenges, such as staff shortages, supply disruption, and rising costs.

“It is important that these issues are addressed quickly.

“Looking ahead, the upcoming Spending Review and Cop 26 conference present exciting opportunities for the manufacturing sector to define its role in the UK’s decarbonisation journey and economic renewal over the longer term.”