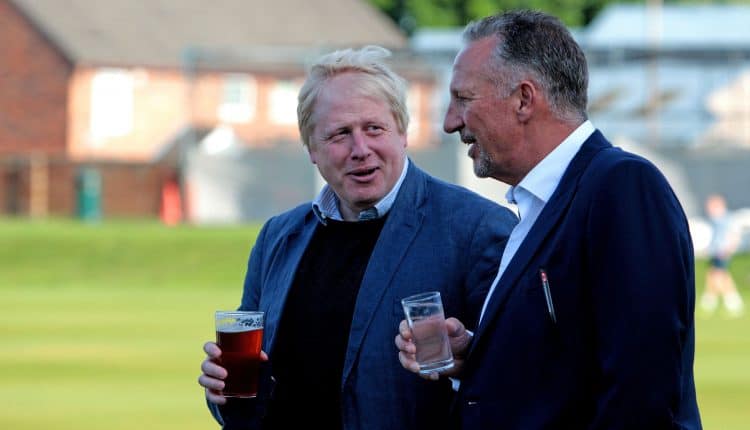 English cricketing legend Sir Ian “Beefy” Bothan has been tapped as the UK’s new trade envoy to Australia, the government has revealed.

Liz Truss, the international trade secretary, said the Brexit-backing all-rounder would do a “brilliant job” attracting trade for Britain as one of its ten new post-Brexit trade envoys around the world.

“Ian will bat for business down under and help them seize the opportunities created by our historic trade deal. He’ll do a brilliant job.”

A staunch Brexiteer, Sir Ian has previously attacked the “dying EU” and opponents of Britain’s divorce from Brussels.

“When are these people going to accept and get on with the fact that we had a referendum … Move on!!” he tweeted in 2016.

Botham – who was handed a peerage last year by Boris Johnson, alongside other Brexit campaigners, said: “It’s a great honour to carry out this role in a country that I love and have come to know so well.

He added: “I have spent a significant amount of my career in Australia, and I am excited to have the opportunity.”

A number of other Brexiteers have been handed top jobs but Truss. Baroness Kate Hoey – the former Labour MP who was also given a peerage in 2020 – has been appointed trade envoy to Ghana, whereas DUP leader Sir Jeffrey Donaldson has been handed the same role for Cameroon.

“Trade envoys are parliamentarians appointed by the prime minister, drawn from both Houses and across the political spectrum,” said a spokesperson for the Department for International Trade. “The roles are unpaid and voluntary.”

He added: “Australia looks forward to welcoming Lord Botham down under – and to working with him to strengthen the trading links between our two countries.”

Others, however, were less impressed.

If you didn’t already think Global Britain has become a laughing-stock on the world stage, the appointment of Ian Botham as the UK’s trade envoy to Australia really should start ringing some alarm bells.

By making politics all about personality, you can put incompetent people who right-wingers love in charge of major national functions, and instead of being criticised when things go wrong, you can paint it all as a personal attack on our country.

Botham Nov 2020: I “will be at Westminster more often when we get back to normal, especially when they are debating something I know about – like sport or the countryside. Not much point if it’s a trade deal with Japan”