Firms have been hit by increasing red tape and delays at ports since Brexit at the year end, while the Northern Ireland Protocol has caused significant disruption at the Britain and Northern Ireland border. 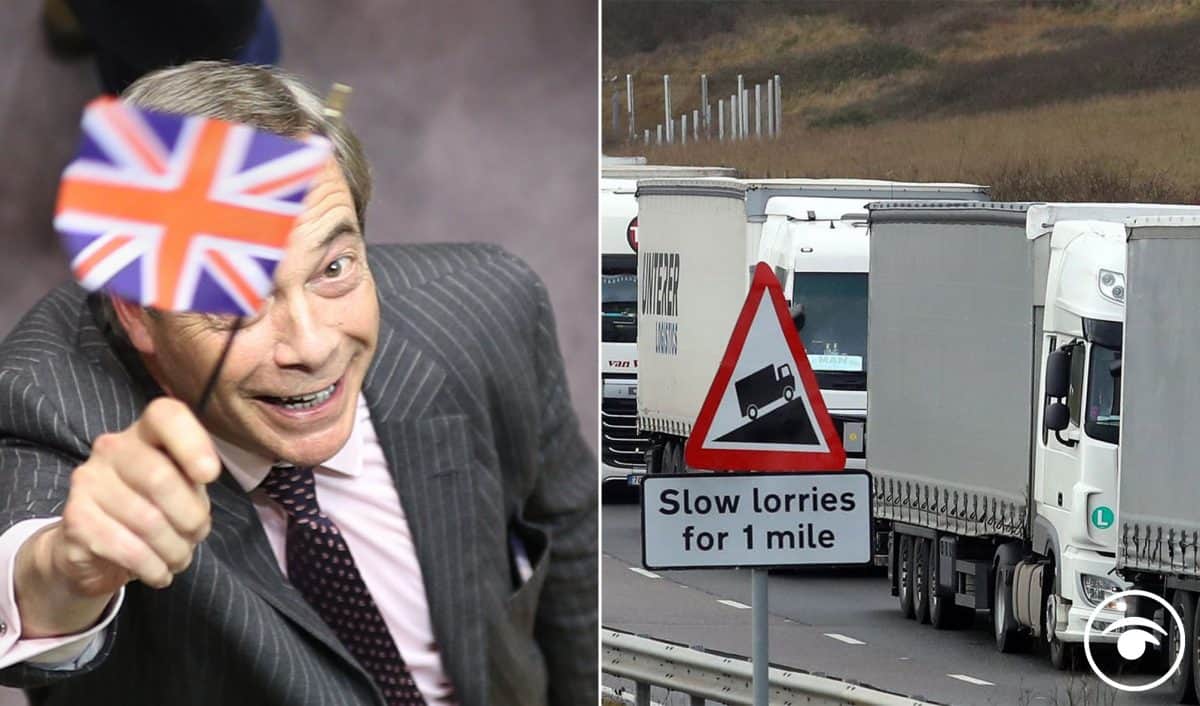 The impact of Brexit on trading with Europe has been laid bare by official figures revealing that UK trade in goods with EU countries has plunged by nearly a quarter.

The Office for National Statistics (ONS) said that total trade in goods with EU countries tumbled by 23.1 per cent in the first quarter of 2021, compared with the same quarter in 2018 – seen as the last stable trading period.

But, in the same period, trading with countries outside the EU edged back by a far less dramatic 0.8 per cent in a sign of the toll taken by Brexit disruption and the ending of the transition period.

Trade with Ireland and Germany has taken the biggest knock, with exports to Ireland – one of the UK’s top five exporting partners – tanking by 47.3 per cent between December and January.

Imports from Germany, which is the UK’s largest EU trading partner, dropped 30.5 per cent or £1.7 billion between December and January – the biggest fall in imports by value of goods of any major trading partner.

While the pandemic has also been wreaking havoc on global trade, the data compiled by the ONS suggests this has been easing back while the Brexit hit has ramped up.

Results of a business poll carried out by the ONS at the end of February revealed that firms named the December 31 end of the EU transition period as their main trading challenge.

But, in contrast, those reporting the coronavirus crisis as their biggest challenge fell.

It comes after figures by the ONS earlier this month showed that imports from countries outside the EU overtook those to Europe in the three months to March 31 for the first time on record.

Total trade – exports and imports – with non-EU countries also surpassed those from Europe in the first quarter, according to the data.

Firms have been hit by increasing red tape and delays at ports since Brexit at the year end, while the Northern Ireland Protocol has caused significant disruption at the Britain and Northern Ireland border.

But the ONS added a note of caution on the figures, saying: “Trade was already at depressed levels because of the ongoing pandemic and recession.

“It is therefore too early to assess the extent to which the transition period reflects short-term trade disruption or longer-term supply chain adjustments.”

The most recent trade statistics gave hope that EU trading woes started easing at the end of the first quarter, with data showing that exports to the EU climbed by 8.6 per cent between February and March.

Imports from the EU also lifted, up by 4.5 per cent in the month.

However, exports to non-EU countries surged 9.9 per cent in March, signalling a pick-up across the globe.

China and the United States are now the UK’s two top non-EU trading partners and the UK has imported more goods from China than from any other country since the second quarter of 2020.

Chinese goods accounted for 16.1 per cent of all UK goods imported in the first quarter, having increased by 65.6 per cent compared with the same period in 2018.

The ONS said trading with China ramped up since the second half of 2020 as the pandemic had only a limited impact on Chinese exports, with the country the first to bounce back from the crisis.

It also saw surging demand for Chinese manufactured face masks and personal protective equipment, as well as other goods such as telecoms and clothing.