As recently as last month Transport Minister Nusrat Ghani told MPs in the Commons that HS2 would be delivered on budget and on time. But the memo to George Osborne contradicts that. 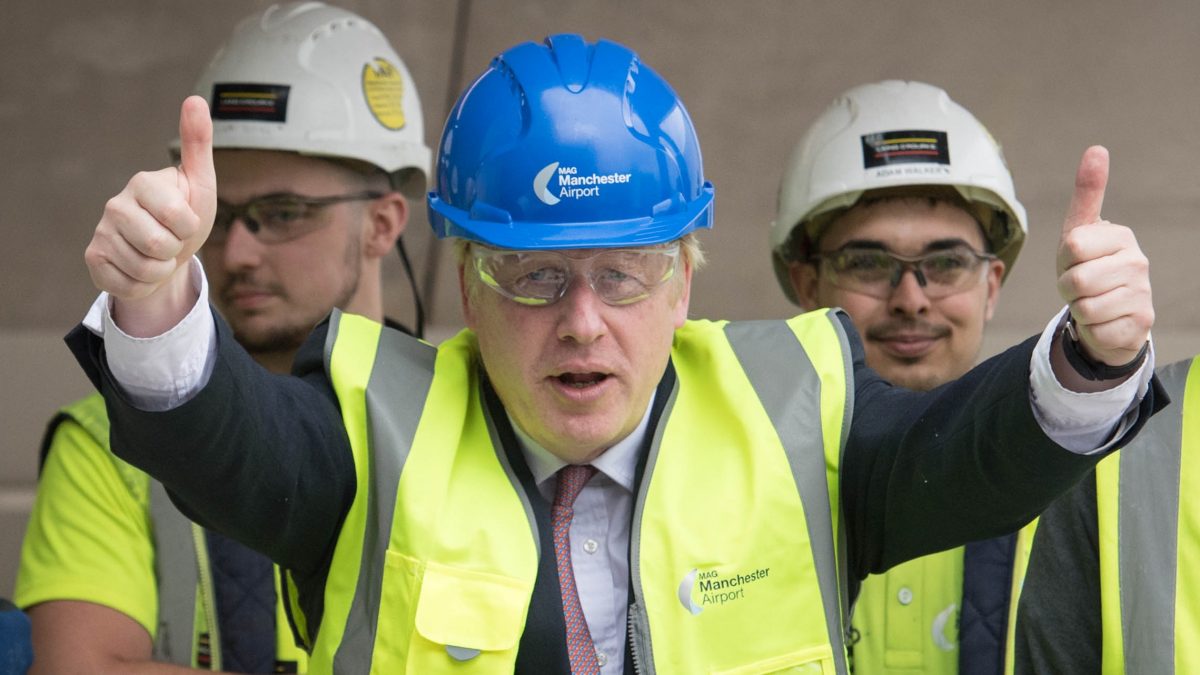 Ministers knew HS2 was over-budget at least three years ago, according to a leak obtained by the BBC.

The warnings were made in 2016: before MPs had signed off the first phase of the project. This evidence suggests the public and Parliament were denied crucial information that the controversial high speed rail scheme would go overbudget and probably be delivered late.

In May 2016, then Chancellor George Osborne received a letter from Patrick McLoughlin, the Transport Secretary at the time, in which he admitted that the first stretch of the railway linking London to Birmingham was already a billion pounds over its £24 bn budget.

Moreover the BBC report a former HS2 director insists that £1bn overspend was considered, at the time, to be “a very conservative estimate”.

“Internally the teams knew it was a lot higher than that,” he told the news channel.

The £1bn overspend is worse than it first seems because it did not mention a realistic estimate for how much the land and property needed to build the railway would cost.

As recently as last month Transport Minister Nusrat Ghani told MPs in the Commons that HS2 would be delivered on budget and on time. But the memo to George Osborne contradicts that.

Also the BBC reported it obtained a December 2016 DfT briefing note labelled “confidential” which states that “a significant gap to target price will remain” for HS2 even with planned savings.

The DfT briefing document admitted that even if HS2 cut costs elsewhere, “a significant gap to target price will remain”. It would have to open a year late, it added.

A letter leaked last month claimed HS2, which will link London to Birmingham and the north in phases, could blow past its budget by £30bn.

Boris Johnson promised he would launch a review into HS2 when he became Prime Minister, after concerns mounted over the project’s deliverability and rocketing costs.

He admitted to Birmingham Live last month that the costs of the HS2 would probably be “north of £100bn”. Its official price tag is £65bn.

Last week, a Government-commissioned review into whether the scheme should continue was launched amid growing fears it cannot be built to its current specification within the £55.7 billion budget.

This is being led by Douglas Oakervee, a former chairman of HS2 Ltd – the taxpayer-funded firm building the railway – with Lord Berkeley acting as his deputy.

Concern over how much the project could cost has risen since the documents were produced, with a recent Financial Times report stating that HS2 Ltd chairman Allan Cook wrote to the DfT, warning the final bill could reach as much as £85 billion.

Despite this, Transport Minister Nusrat Ghani insisted to MPs in the House of Commons last month that “there is only one budget for HS2, and it is £55.7 billion”.

Yet the chairman of the high-speed railway project has written to the Department for Transport to warn that it cannot be completed for the original £55.7 billion budget, the Financial Times reported last month.

The newspaper said Allan Cook, who is reviewing the project amid cost concerns, has predicted the final figure could end up being between £70 billion and £85 billion. The potential hike in price is down to various factors including engineering costs, poor ground conditions and extra costs due to it being designed to run faster than other comparable rail projects, the paper quoted an unnamed source close to the project as saying.

A spokesman for HS2 Ltd said: “We don’t comment on leaks or speculation. We have previously noted that our chair, as you would expect, continues to scrutinise the programme, and regularly reports back to the Department.”

In November last year, HS2 Ltd’s chief executive Mark Thurston denied the project was overbudget but acknowledged officials were “in talks” with contractors about reducing costs.

Whitehall spending watchdog the National Audit Office (NAO) revealed in June 2016 that the DfT asked the firm to assess the impact of delaying the opening of the railway.

An HS2 Ltd spokesman said “regular updates” have been provided on the scheme, and it has come under “extensive scrutiny” including studies and reviews by the NAO and parliamentary committees.

He went on: “Since 2016, we have moved a long way as a project and organisation. We have now appointed a set of world-leading civil engineering contractors which enables us to have greater confidence about cost and construction schedules, as well as making significant changes to our management team.

“Our CEO has spoken publicly for some time about the cost pressures facing the project and we are working closely with our contractors to bear down on cost before major works commence.”

Labour’s John McDonnell said he was “staggered” by the reported figures, and branded this “another failing” by Transport Secretary Chris Grayling.

The shadow chancellor said: “It just demonstrates that the Government has lost control of this project, well, lost control over all of its transport policies.

“It’s another failing by Grayling by the looks of it. We’re committed to high speed rail but we’ve said time and time again that we will ensure that we review all of the costings and make sure that we have tighter control than this government has. It’s a shock.”

A report by the House of Lords Economic Affairs Committee in May warned it was “far from convinced” it would be built for the original planned cost, and former HS2 chairman Sir Terry Morgan has claimed the project cannot be built to its current specification on budget.

Meanwhile, a separate report by the New Economics Foundation (NEF) think tank argued earlier this year that the project will widen the north-south divide and should be scrapped in favour of significant investment in rail services outside London.

Campaigners have called for a police investigation into the handling of the project, to check if anyone has been misled about its true costs.

Stop HS2 Campaign Manager Joe Rukin said: “This project has to be abandoned immediately, and we believe it is time to call the police in to see if fraud by abuse of position has taken place.

“At the very least a full-scale independent inquiry must now be called.”