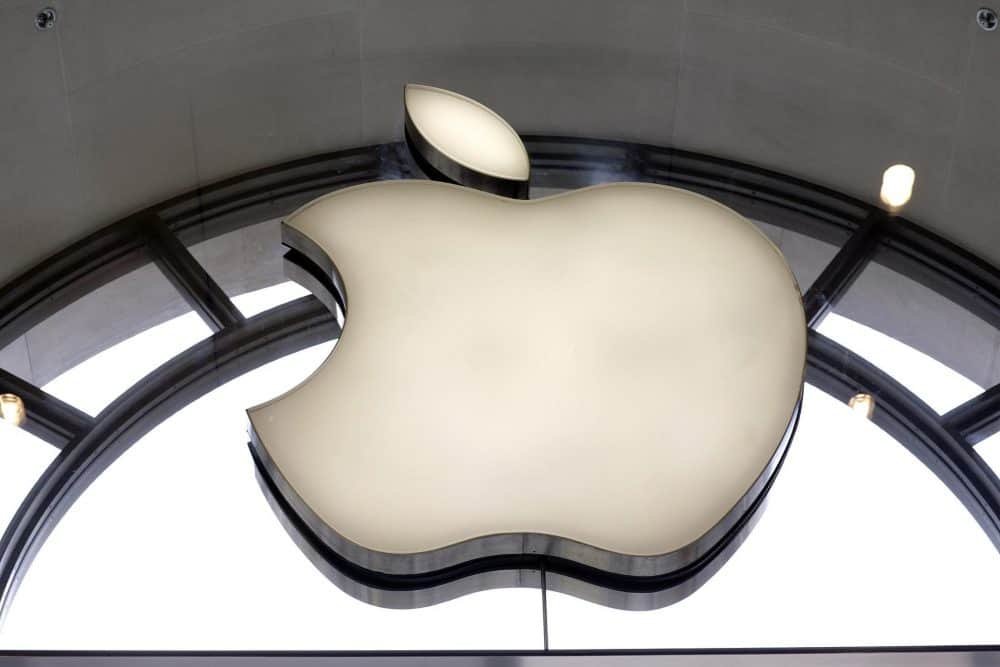 Undated file photo of the Apple logo. Apple and Ireland have won their appeal against the European Commission over a 13 billion euro tax bill.

Apple added $1 trillion in value over the past 21 weeks, while the global economy shrank faster than ever before in the coronavirus pandemic. Since March 23, Apple has grown by $6.8 billion a day. American Airlines is worth $6.6 billion.

The tech giant’s shares have gained nearly 60% this year as the company overcame the shutdown of factories in China that produce the iPhone and the closure of its retail sales amid the coronavirus pandemic.

Today shares crossed the threshold of $467.77, making Apple the first $2tn tech giant and creating a gap of more than $300bn to the next largest US company, Amazon.

The company’s hugely loyal customer base trusts its products so much that they continued to buy iPhones and other devices online while stuck at home.

An upcoming four-for-one stock split that will make Apple’s shares more affordable to more investors also sparked a rally after it was announced three weeks ago.

Apple has been at the vanguard of a group of Big Tech companies that are increasingly taking over people’s lives – and the stock market.

The Saudi energy producer’s shares have fallen since amid a drop in oil prices and its market value is now about 1.82 trillion dollars.