Network Rail has urged passengers to ‘minimise travel’ over the Easter weekend. 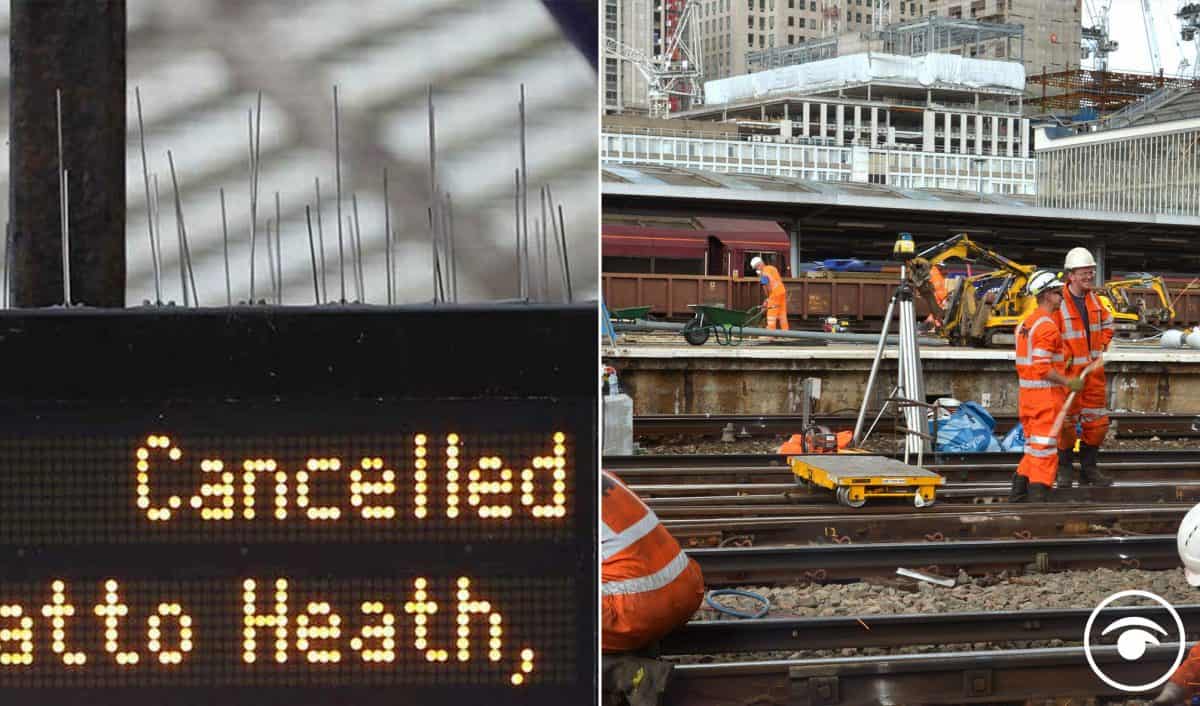 Rail services will be disrupted by engineering work just days after England’s stay-at-home order is lifted.

Network Rail urged passengers to “minimise travel” as it announced it will carry out 600 projects costing a total of £116 million over the Easter weekend.

The Government-owned company conducts much of its major upgrade work during bank holidays in a bid to reduce the impact on commuters.

But Easter will be the first weekend after England’s stay-at-home order is removed as part of the Government’s easing of coronavirus restrictions.

Outdoor gatherings of up to six people or two households will be allowed for the first time since the third national lockdown began on January 5.

Services on the West Coast Main Line will be disrupted by track renewals on several sections, including between London Euston and Milton Keynes, Rugby and Birmingham, Crewe and Wigan, and Preston and Penrith.

There are also signalling replacements in Greater Manchester, Preston and Warrington.

Other routes affected by Easter engineering work include the East Coast Main Line in and out of London King’s Cross, between London Liverpool Street and Shenfield, and in the Kingston, Richmond and Twickenham areas of south-west London.

Network Rail chief executive Andrew Haines said: “Over the past year we have continued to invest billions of pounds in our railway to make sure we can play our part in a sustainable recovery from the Covid-19 pandemic.

“This significant investment will continue over the Easter bank holiday weekend, with thousands of frontline workers out delivering vital upgrades to the network.

“While the majority of routes are unaffected, anybody who needs to travel by train over Easter should check their journey in advance.”

Rail minister Chris Heaton-Harris said: “From vital works on the new HS2 terminus, remodelling work at King’s Cross and replacing signalling equipment from the 1970s, we are investing billions to upgrade our railways for when passengers return.

“By undertaking projects of this magnitude now we are making the most of our railways being quieter. I urge passengers to minimise travel over the Easter weekend, but for those that need to, remember to plan ahead and avoid the busiest routes.”

He admitted there is “no point” in carrying out engineering work on dates when trains would be packed.

Anthony Smith, chief executive of passenger watchdog Transport Focus, said: “Operators need to make it clear which services are affected by engineering works and how.

“It’s also important that they continue to reassure passengers that it’s safe to travel if they need to do so. This includes providing accurate information on capacity and how busy services are expected to be.”

Related: ‘Pricing the railways out of existence’ – first above inflation rail fares rise in eight years