“Unfortunately the virus is here to stay, and authorities and the public will be looking at ways to live with it." 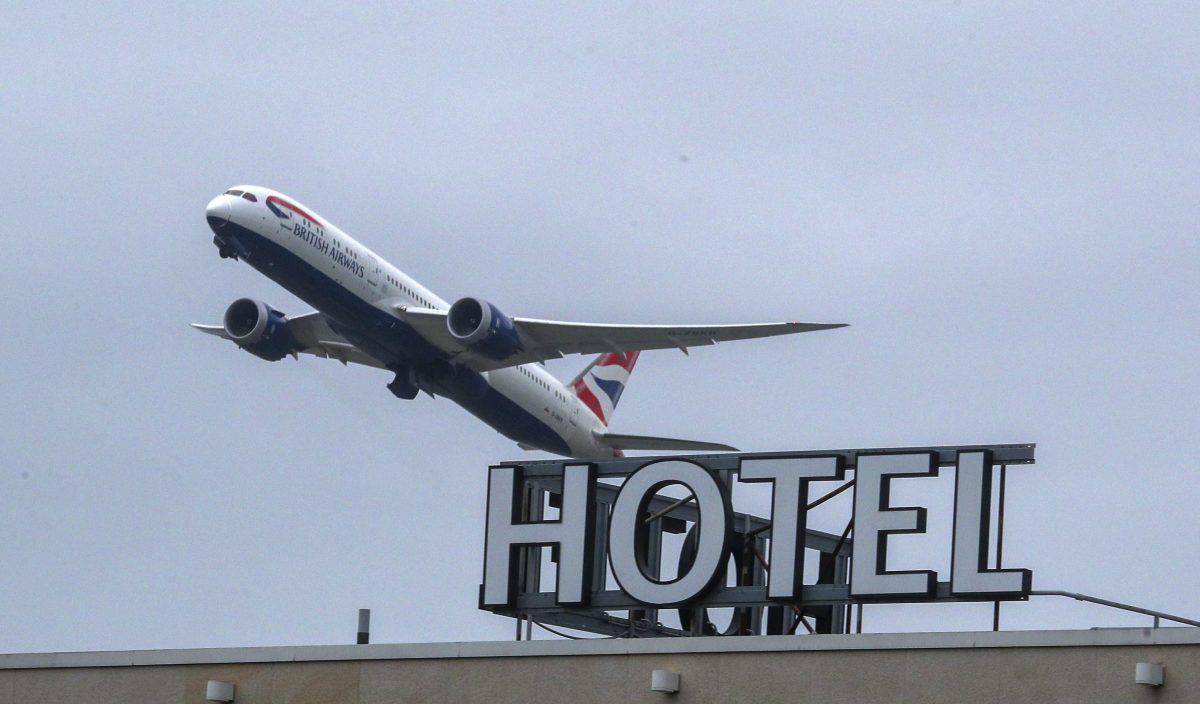 More than 15 million adults have now received their first dose as the UK leads the way with its vaccine programme.

The rapid rollout has prompted questions about whether the government should introduce vaccine passports for foreign travel – a move previously rejected by Nadhim Zahawi, the vaccine minister, over fears it would be discriminatory.

A survey of 2,000 adults has revealed 68 per cent support vaccination passports for people heading out of the UK on holiday and business.

And more than three quarters (77 per cent) think tourists entering the UK should also be able to provide proof they have been vaccinated.

However, The World Health Organisation (WHO) has said they shouldn’t be introduced due to the “critical unknowns” regarding the efficacy of vaccination in reducing transmission.

The WHO has also expressed concerns that while there is limited availability, preferential vaccination of travellers could result in inadequate supplies of vaccines for priority populations considered at high risk of severe Covid-19 disease.

More than a third (34 per cent) of those surveyed by Medicspot admitted they were concerned that forcing people to have vaccination passports to go abroad would be a breach of human rights as it could discriminate against those who are waiting for the vaccine, cannot have it, or do not want it.

It follows a petition calling on the UK government to not roll out a vaccine passport which has been signed by more than 145,000 people.

A spokesperson for Medicspot said: “Unfortunately the virus is here to stay, and authorities and the public will be looking at ways to live with it.

“The UK’s vaccine rollout has been a brilliant success and the subject of vaccination passports is a sensitive subject which finds itself at the centre of a complex debate.”

Medicspot, which provides fit to fly certificates that show people are Covid-19 free so they can travel abroad, looked at how the public views current regulations on international journeys.

The survey found almost half (47 per cent) think the threat of 10 years in prison for lying about their travel to avoid a 10-day quarantine is a fair punishment, with just 37 per cent regarding it as harsh.

And more than a fifth (21 per cent) would be happy to pay £1,750 to be quarantined after arriving in the UK from a country on a Covid red list.

Two thirds (65 per cent) also support the use of an up-to-date fit to fly certificate saying they don’t have Covid-19 so they can travel abroad.

The research, carried out via OnePoll, showed more than three quarters (77 per cent) are really impressed with the UK’s rollout of the vaccination – with just seven per cent not impressed.

Almost two thirds (63 per cent) thought it was a good idea for the NHS to use Sir Elton John and Sir Michael Caine to encourage people to get the vaccine.

But despite the vaccine rollout, just a quarter think people will be able to attend public events like sports matches and music gigs this year.

If these large-scale events do allow spectators, 72 per cent support the use of vaccine passports or an up-to-date certificate saying you don’t have Covid-19 in order to attend.

And overall, 74 per cent support the government’s latest lockdown and its measures, with just 14 per cent opposed.

A spokesperson for Medicspot added: “The last 12 months have been an incredibly difficult time for everyone, and the vaccine has provided some light at the end of the tunnel.

“There were fears that the public was at risk of misinformation regarding vaccines and conspiracy theories, but the research shows the vast majority of adults are supportive of the science and behind the vaccine programme and are overwhelmingly happy with how the rollout has been going.”