She was left unable to use the toilet while on the plane. 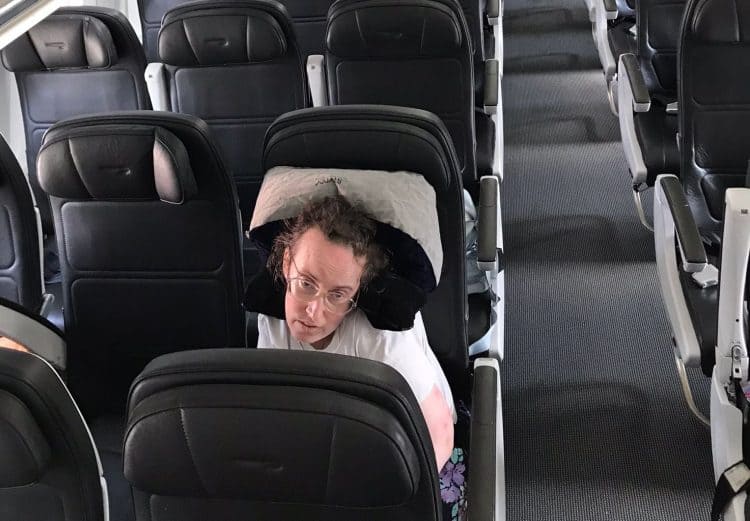 A woman who is paralysed from the neck down was left stranded on a plane for more than 90 minutes after airport staff failed to arrive.

Victoria Brignell, from Shepherd’s Bush, west London, was returning home on Saturday following a holiday in Malta when her plane arrived at Gatwick Airport, West Sussex.

Airport staff have a responsibility to help people with disabilities on and off planes – and Gatwick Airport has offered its sincere apologies and described the delay as “unacceptable”.

While Ms Brignell’s chair was ready for her outside the plane, Gatwick contractors Wilson James did not turn up to assist her.

Ms Brignell explained: “Shortly after landing the BA airline staff came up to me and said they’re sorry but the people who are meant to help get me off the plane would not be there for 50 minutes.

“Time passed and I was then told it would be another half an hour on top of that. In the end I was waiting an hour and 35 minutes.

“I am paralysed from the neck down so I can’t use my arms or legs. To get off a plane I need two people to lift me from the airplane seat into an aisle chair, which is a specially designed narrow wheelchair to push me along the aisle off the plane, and lift me into my wheelchair waiting outside.

“My wheelchair arrived promptly, but the people who were supposed to help me get off the plane didn’t turn up – they were busy elsewhere.”

Ms Brignell said the British Airways staff were “fantastic”, very apologetic and provided her with drinks while she waited for the Gatwick Airport staff to arrive.

She was left unable to use the toilet while on the plane, and her three carers were unable to go off duty until she returned home more than an hour and a half later than planned.

Other passengers hoping to board a different flight on that plane were also delayed, as they were unable to board until Ms Brignell could leave.

She added: “I have been very nervous about travelling by plane because I had heard so many horror stories about people’s chairs going missing, but I went for the first time just before the pandemic so this was the second time I’d gone abroad and my fourth flight.”

In the end it was BA staff who were able to get her off the plane – even though it was not their responsibility.

Ms Brignell said she has received an apology from Gatwick via Twitter, who asked her to get in touch with them directly, and she plans to submit an official complaint.

She said: “I just feel in 2022 people shouldn’t be stuck on a plane for that long. UK airports need to get their act together and plan their staffing appropriately.

“I booked the help two months in advance – I didn’t just turn up – and I reminded them two weeks before as well.”

“This incident has been escalated and Gatwick and Wilson James, our assistance provider, are investigating how this happened as a matter of urgency.”