The flight took 19 hours and 19 minutes, with those on board witnessing two sunrises. 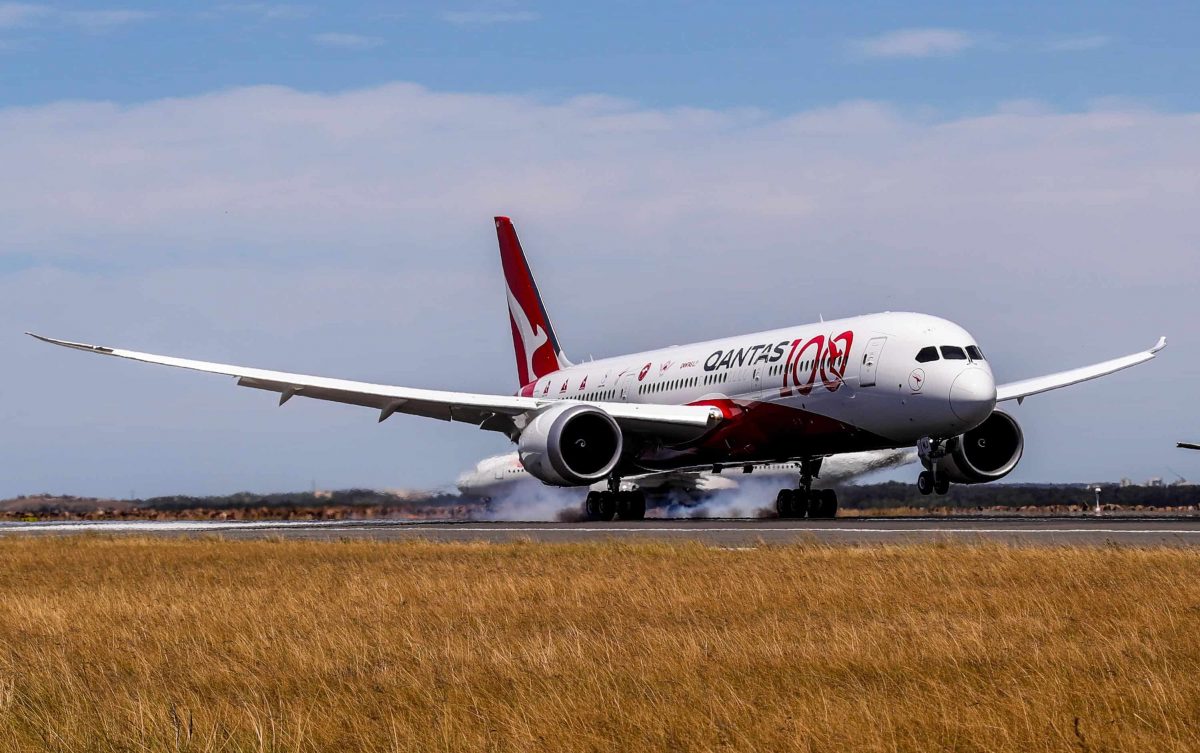 A non-stop Qantas flight from London landed in Sydney 19 hours and 19 minutes after take-off.

The brand new Boeing 787-9 Dreamliner left Heathrow at around 6am local time on Thursday and touched down in Sydney at 12.28pm on Friday.

Carrying 40 people, many of them Qantas staff, the flight was the second of three research missions to investigate the effects on crew and passengers of ultra long-haul services under consideration by the airline.

The first, from New York to Sydney last month, was three minutes shorter than the London-Sydney flight, which flew over 11 countries.

Those on board witnessed two sunrises, the first to the right of the aircraft as it headed north-east after take-off, and the second to its left as it flew over Indonesia.

Qantas said in a statement that the direct flight was just short of two hours faster than the transit time for the London-Singapore-Sydney route.

Aside from research, the flight kicked off a year of celebrations for the centenary of the airline, which will officially turn 99 on Saturday.

Qantas chairman Richard Goyder said the flight continued the airline’s history of helping Australia engage with the rest of the world.

“Qantas is a national icon because it’s been such a big part of Australian life for so long,” Mr Goyder said in a statement.

“Our founders talked about overcoming the tyranny of distance and through the years we’ve moved from bi-planes, to single wing, to jets to help bring things closer.”

Thursday’s flight is part of Project Sunrise, a bid to operate commercial flights from Sydney to London and New York by 2022 if plane-makers Airbus or Boeing can provide a suitable aircraft.

Currently it is impossible to fly a plane at full capacity from London to cities on the east coast of Australia without stopping to refuel.

A Dreamliner can usually carry between 230 and 300 people.

Qantas said all carbon emissions from the test flight will be fully offset.