BA has offered a pay rise of 11.5% over three years but Balpa says its members wanted a bigger share of the company’s profits. 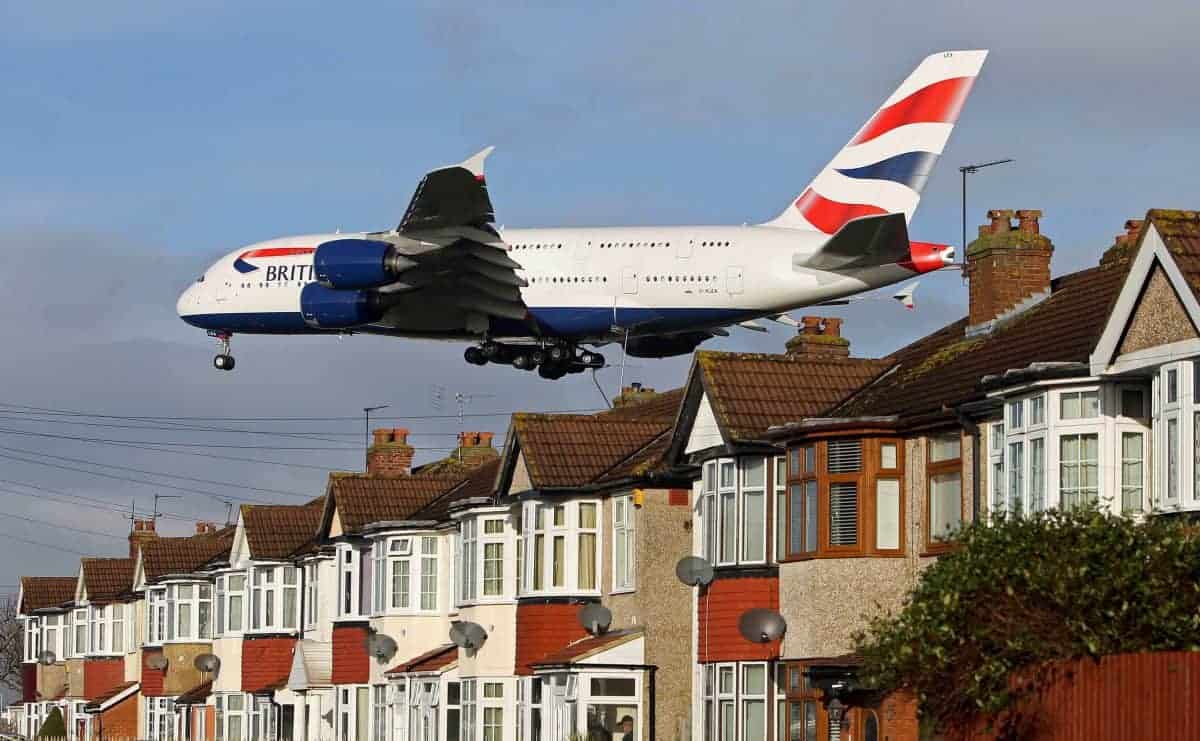 British Airways flights were crippled on Monday as pilots launched a 48-hour strike in a dispute over pay.

Members of the British Airline Pilots Association (Balpa) are taking their first ever industrial action against the airline, grounding hundreds of flights.

BA has offered a pay rise of 11.5% over three years but Balpa says its members wanted a bigger share of the company’s profits.

BA said in a statement: “We understand the frustration and disruption Balpa’s strike action has caused our customers. After many months of trying to resolve the pay dispute, we are extremely sorry that it has come to this.

“We remain ready and willing to return to talks with Balpa.

“Unfortunately, with no detail from Balpa on which pilots would strike, we had no way of predicting how many would come to work or which aircraft they are qualified to fly, so we had no option but to cancel nearly 100% of our flights.”

BA has spent weeks offering refunds to passengers or the option to re-book to another date of travel or an alternative airline.

The airline operates up to 850 flights a day, with most expected to be cancelled, affecting up to 145,000 passengers.

Heathrow airport will be worst affected as it is the busiest hub for BA.

Both sides have said they want to resume talks, but there is little or no sign of the deadlock being broken.

Balpa general secretary Brian Strutton said: “British Airways needs to wake up and realise its pilots are determined to be heard.

“They’ve previously taken big pay cuts to help the company through hard times. Now BA is making billions of pounds of profit, its pilots have made a fair, reasonable and affordable claim for pay and benefits.

“Balpa has consistently offered up chances for the company to negotiate a way forward. British Airways must now put the needs of its staff and passengers first and accept that its pilots will not be bullied or fobbed off.

“The company’s leaders, who themselves are paid huge salaries and have generous benefits packages, won’t listen, are refusing to negotiate and are putting profits before the needs of passengers and staff.

“This strike will have cost the company considerably more than the investment needed to settle this dispute.

“It is time to get back to the negotiating table and put together a serious offer that will end this dispute.”

Balpa said the strike will cost BA £40 million a day, claiming the dispute could be settled for £5 million.

BA chief executive Alex Cruz apologised to passengers for the disruption and insisted the airline had worked tirelessly to contact everyone affected by the strike to offer alternative arrangements.

He said: “I’m really sorry for the position the cynical actions the pilots’ union has put us in. It’s by all accounts an own-goal for the union.

“It will also punish the pilots that want to come to work every day to make it the best airline in the world.”

BA said 195,000 customers will be hit by the two-day strike action.

For the first strike period of September 9/10, the strike has led to more than 1,700 flights being cancelled.

BA Cityflyer flights are not affected by the dispute.

The airline said that since Balpa issued the strike dates it has tripled the number of staff supporting customer contact teams.

Since August 23, when the strike dates were announced, BA said its expanded customer relations teams have received 111,000 tweets and 394,000 calls as they worked to help customers make alternative arrangements including refunds, rebooking, and working with more than 50 other airlines to take their passengers.