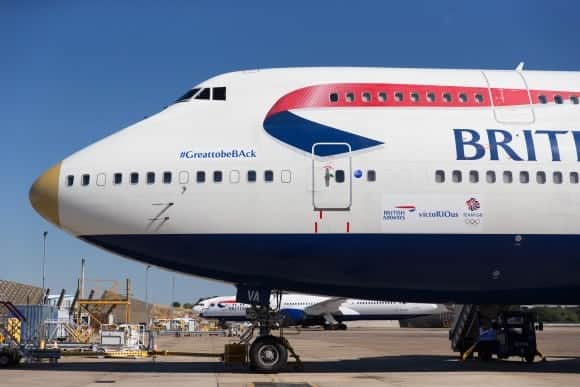 The aircraft has been re-named ‘victoRIOus’, given special flight code BA2016 and had its nose painted gold in celebration of the team’s achievements.

For Team GB’s homecoming, it also features ‘#greattobeBAck’ – a hashtag that the fans and athletes are encouraged to use.

Alex Cruz, Chairman and CEO of British Airways, said: “We’re excited to be bringing the athletes home ‘happy and glorious’ following the Games! victoRIOus is a very fitting name, reflecting the great pride we have for our sporting heroes, and is a great play on words too.” T

eam GB departed on flight BA2016 from Rio de Janeiro on Monday August 22 and land into Heathrow Terminal 5 on Tuesday August 23 at 9.55am to an invite-only media reception.

Fans can visit facebook.com/TeamGB from 9.55am today for a live broadcast with the athletes once the aircraft touches down.