There were no injuries in the incident and debris found near the village of Tashkent suggests the projectile was Russian-made. 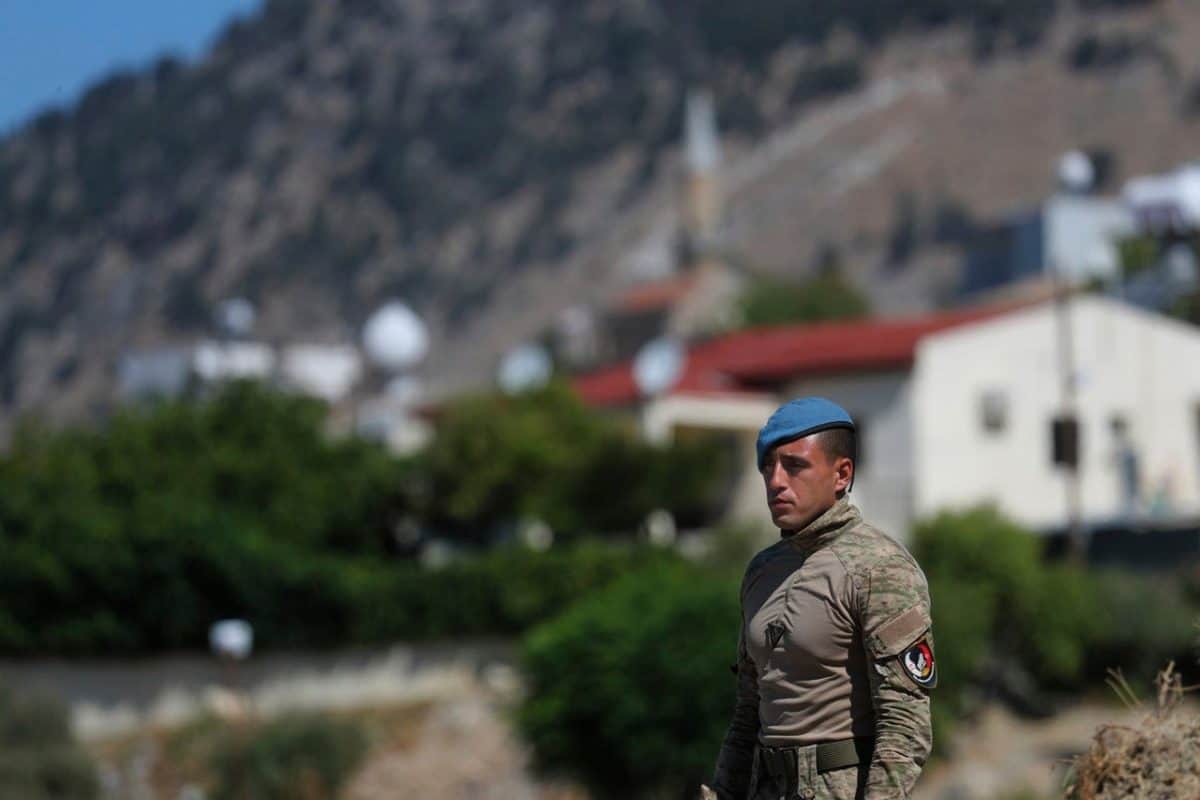 A Syrian anti-aircraft missile that missed its target and reached ethnically divided Cyprus around 120 miles away was the likely cause of an explosion outside a village in the breakaway north.

No injuries were reported, according to Turkish Cypriot officials.

Ersin Tatar, the north’s prime minister told a news conference that debris found near the village of Tashkent where the pre-dawn explosion happened were pieces of a Russian-made S-200 missile.

Tashkent lies on the foothills of the east Mediterranean island’s Pendataktylos mountain range.

Police have cordoned off the main debris field.

At least five pieces of missile debris have been found in two nearby villages.

Fire crews contained a blaze that flaming debris ignited outside the village.

Mr Tatar said there was no reason for any alarm that this could soon happen again and assured there were no risks to public health since there were no poisonous or toxic emissions from the missile.

The region’s foreign minister Kudret Ozersay said writing on pieces of the missile was similar to that found on an S-200 missile that crashed in Gaziantep, Turkey in July 2018.

He said information investigators gathered about the missile at the scene was in line with data obtained from military officials and foreign diplomats.

Earlier, Mr Ozersay said on his personal Facebook account that missile could have been part of an anti-aircraft battery had missed its target during overnight airstrikes in Syria.

Mr Ozersay said the missile likely blew up in flight because there was no impact crater and pieces of the object were found several miles from the main debris field outside of Tashkent, or Vouno, as it is known by its Greek name.

Intensive Israeli airstrikes against targets in Syria were taking place at the time of the blast.

Cyprus was split in 1974 when Turkey invaded following a coup by supporters of union with Greece.

The country’s internationally recognised government is seated in the Greek Cypriot south.

Only Turkey recognises a Turkish Cypriot declaration of independence and keeps more than 35,000 troops in the north.

Cypriot defence minister Savvas Angelides said government authorities are investigating the blast but refrained from speculating on its cause.

The explosion even shook residents of the divided capital Nicosia several miles away.