A handy one-pager on this green, pristine and prosperous island.

by Grant Bailey
in Guides, Travel 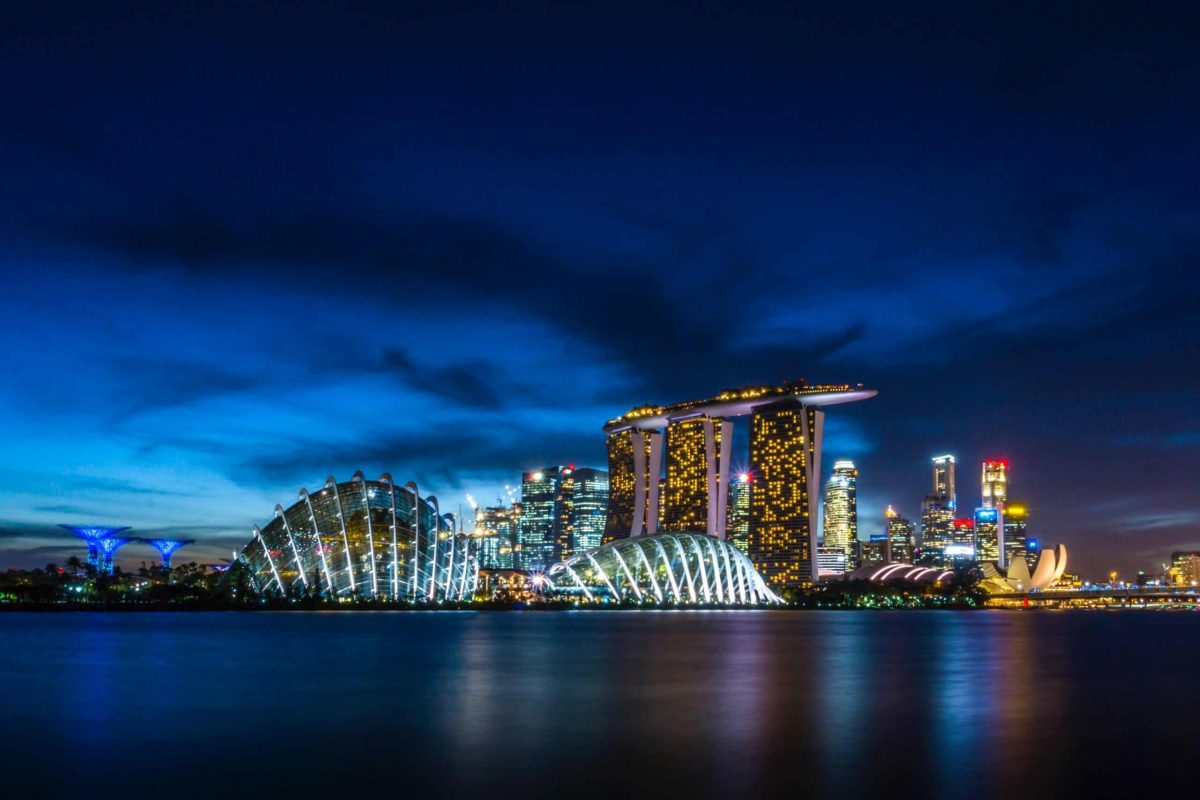 CITY IN A GARDEN

For a Brit abroad, used to the functional cities of the UK, there isn’t much of a visual analogue for Singapore on our shores. The island aesthetic is a meeting of the metal planes and angles of modern architecture and the natural curves and plumes of vegetation. Any given vista could serve as a piece of Simon Stalenhag’s more optimistic work – utopian, futuristic and traditional. Driving into central from Singapore Changi Airport, the rows of foliage flanking the roads give a striking first impression.

Known as the City in a Garden, Singapore has planted more trees in its urban sprawl than any other on the planet, with nearly a third of the city’s area covered by greenery. Many of Singapore’s hotels have ‘gone green’, with verdant outcrops spilling from the balconies and rooftops of the Parkroyal on Pickering, transferring the leafy tributaries brought in along the roadside up into the hotel structures. The plants, such as Yellow Flame and Angsana, are an ingrained part of the national identity of Singapore, as well as providing a unique aesthetic – tranquil taken from afar, with a little more life and lively colour bubbling away in each of the main districts. It’s a meeting of city life and nature with an environmental message.

It’s likely that when you think of the tiny island of Singapore there are a few things which spring to mind: clean streets, glimmering skyscrapers, totemic hotels. Perhaps there’s thoughts of the sticky climate, or the views from the Marina Bay. More than likely, there are also thoughts of island hopping in there too: the gateway to Malaysia, the meeting of east and west.

But Singapore’s comparatively diminutive size does it a disservice as a holiday destination all its own. In spite of the construction of man-made land mass to support its growing economy, which has seen the island swell in size by almost a quarter thanks to land reclaimed from the ocean, Singapore still measures just 722 km squared. The result, however, is a densely packed entertainment isle which is perfect for those looking to get in plenty of exploring,  without topping out the step counter.

One of the benefits of visiting an island the size of Singapore is that transit and transport is simple. The MRT (Mass Rapid Transit), the nation’s underground system, is easy to navigate – far less chaotic than the London Underground, and much cleaner too.

As is to be expected for an area so tightly packed, Singapore is culturally diverse and rich. Its population is made up of three predominant groups – Chinese, Malaise, the original inhabitants of Singapore, and Indian. As such, the island has become a melting pot, with cultures and customs blending together. Singapore is divided up into 28 districts, though some key hubs include:

The Civic District: Here you will find some of the highlights of the island’s iconic skyline. While most of the Singapore is pristine – laws around littering and other messy misdemeanours are strictly adhered to – this district is particularly spotless. Here is where you will find Raffles Hotel, which houses the Long Bar, known as the birthplace of the Singapore Sling.

Chinatown: Given the size of Singapore’s Chinese population, it’s no wonder this part of the city is so vibrant. Chinatown feels like a miniature world all its own in juxtaposition to the hyper modern architecture of the surrounding city. This is a colourful corner with the streets awash with the fragrances of Chinese street food and criscrossed with paper lanterns. It’s here that visitors can stand in the shadow of the Sri Mariamman Temple. Chinatown is also conveniently situated alongside the Central Business District, which is home to a number of key hotels in the city, such as the newly renovated Park Regis.

Kampong Glam: This area of Singapore, located on the southern coast, is a hub of contemporary culture. Whether illusory or otherwise, Kampong Glam feels more authentic, a step removed from Singapore’s focus on tourism. Boutique shopping and trendy cafes are the order of the day beneath the district’s cosy awnings. Take a trip down Haji Lane and shop beneath the eye catching dome of the Masjid Sultan.

Tourism commerce is at the forefront of these areas, but the approach is, as with anything Singaporean, considered and reserved. Hawker markets – large centres filled with a wide variety of food stalls where people gather – may sound like the ultimate destination for a pushy salesperson peddling their dish, but it is rare to be hassled for a sale.

Singapore’s size has meant city planners have needed to get creative to maximise the potential of the land available. This competition for space is reflected in the meticulously designed buildings and the planned, plotted street layouts. Most will be familiar with the silhouettes of buildings like the Marina Sands and its distinctive trident design, and the gleaming facades of the Guoco Tower or Marina One Show Gallery.

These contemporary designs share foundations and rub vertexes with the more homely colonial lines of structures like the Central Fire Station, the art deco corners of the Tiong Bahru Housing Block, and the Brunellian curves of the bridges and walkways which help pedestrians navigate the banks of the Singapore River. This is yet more evidence of the island’s cultural diversity and heritage, but belies a careful consideration for Singapore’s practical design and aesthetic.

Irrespective of how you travel, air conditioning is a must. Singapore has a tropical climate, and is lucky enough to receive not one but two separate monsoon seasons each year. The Northeast Monsoon occurs from December to March, and the Southwest Monsoon from June to September, so plan accordingly. The temperature tends to sit in the range of 25 to 32 degrees, though our guides during our visit in September had noticed the mercury rising higher than ever in the summer months.

To find out more about your trip to Singapore visit www.visitsingapore.com

Find out more about flights from the UK to Singapore at the Singapore Airlines website: singaporeair.com