Minimum services will be set out, allowing train companies to plan more effectively, said the Government. 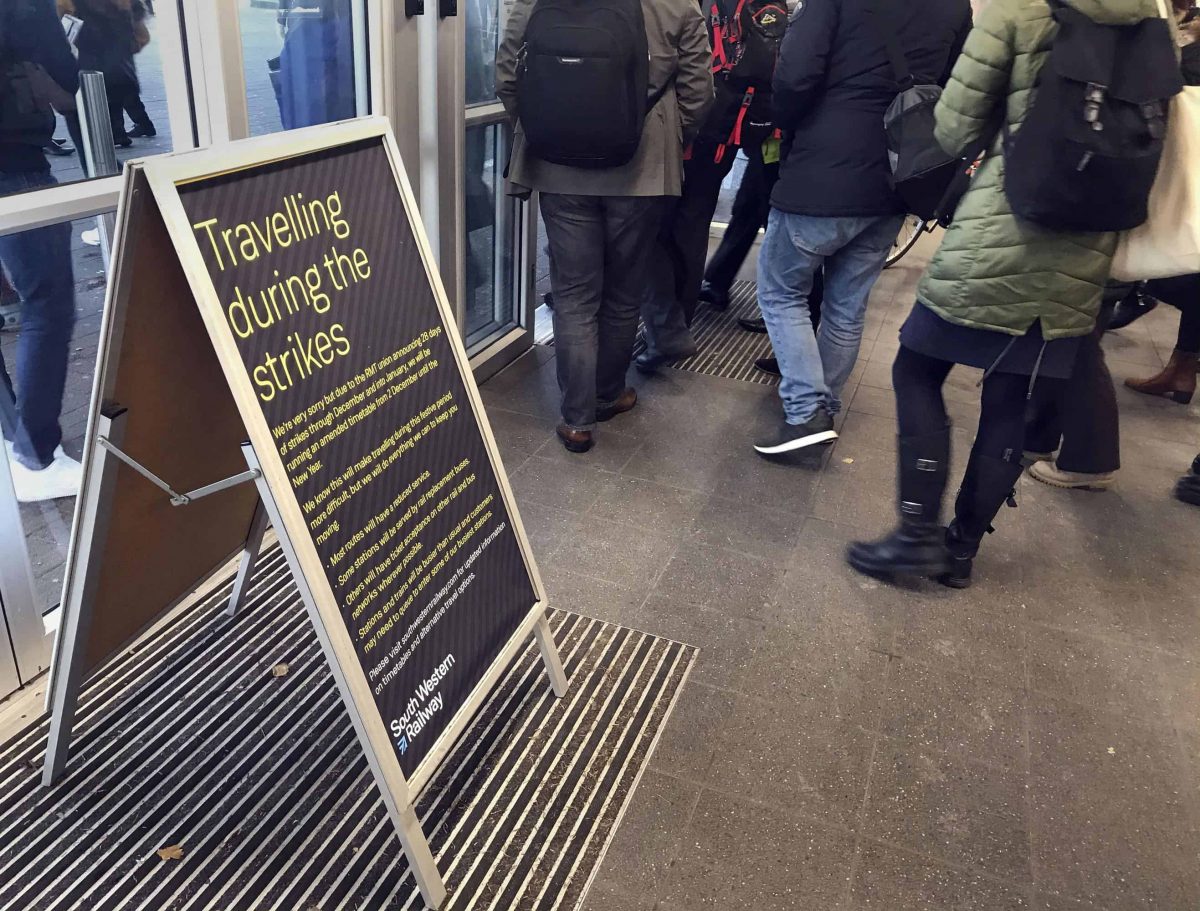 A new law is planned to reduce disruption to passengers caused by rail strikes, with the threat of injunctions against unions.

Any strike will be unlawful unless a minimum service agreement is in place, and if it is not honoured, a strike shall be unlawful and injunctions or damages may be sought against unions.

The Government said the aim of the legislation was to reduce disruption caused to passengers during rail strikes, while preserving workers’ right to take industrial action.

The move would also allow railway companies to plan services more effectively, well in advance of any action, said the Government.

Outlining the measures in the Queen’s Speech, the Government said: “We will consult on how best to implement this in a proportionate way, including ensuring that sanctions are not directed at individual workers, and how this would interact with the wider industrial relations framework.”

The move was announced as members of the Rail, Maritime and Transport union (RMT) on South Western Railway (SWR) took their 17th day of strike action since the start of the month in the bitter row over the role of guards on trains.

A total of 27 days of strikes will be held until New Year’s Day, causing huge disruption to passengers.

RMT members joined a protest outside Parliament shortly after the announcement of action on strikes was made.

RMT general secretary Mick Cash said: “This is a draconian measure which amounts to an attempt to ban transport workers from going on strike.

“Taking industrial action is a basic human right and denying workers the ability to withdraw their labour has been the hallmark of hard right, authoritarian regimes.”

Manuel Cortes, leader of the Transport Salaried Staffs Association, said: “This is straight forward union bashing from an anti-worker Tory government which will always back the bosses over workers.

“We know Johnson doesn’t do detail and his pronouncement in today’s Queen’s Speech has all the hallmarks of back of a cigarette packet policy-making – soundbite over substance.

“Strike action is always a last resort. Our union wins many victories without the need for industrial action as reasonable employers are prepared to listen and act on our members’ concerns. However, taking away that right is a sinister move usually associated with tin-pot dictators and it’s a warning of the true colours of Johnson’s bosses’ club.

“Commuters could face dangerous overcrowding under minimum service level arrangements which give the false impression that services are running as usual and could lead to serious health and safety issues.”

The Government said almost 200 days of rail strikes have taken place, or are in progress, since 2016, adding that transport workers went on strike over three times more than the UK average last year, causing significant disruption to passengers and the public.

Sean McKee of the London Chamber of Commerce, said: “London’s businesses recognise the right to strike, but want to see that right better balanced so it doesn’t bring a halt to the capital’s essential rail network.”

Mick Whelan, general secretary of the train drivers union Aslef, said: “The right to strike is a fundamental human right, recognised in every democracy in the free world.

“To try and curtail our right to take industrial action is not just an abuse of our rights as citizens of a free and democratic country, it is something I know the employers in our industry don’t want, either.

“This law, if it is passed, will only worsen, and not improve, industrial relations in our industry. That is why, privately, employers say it is a stupid idea by a new government that has no idea of how to run a railway.”