If there’s one thing London does right, it’s hotels. From the old-school glamour of The Savoy and The Ritz to the modernity of the Ace Hotel; over 1400 of them drench the city, but, as with all good things, there’s always room for more. So, these are the new ones to get excited about in […] 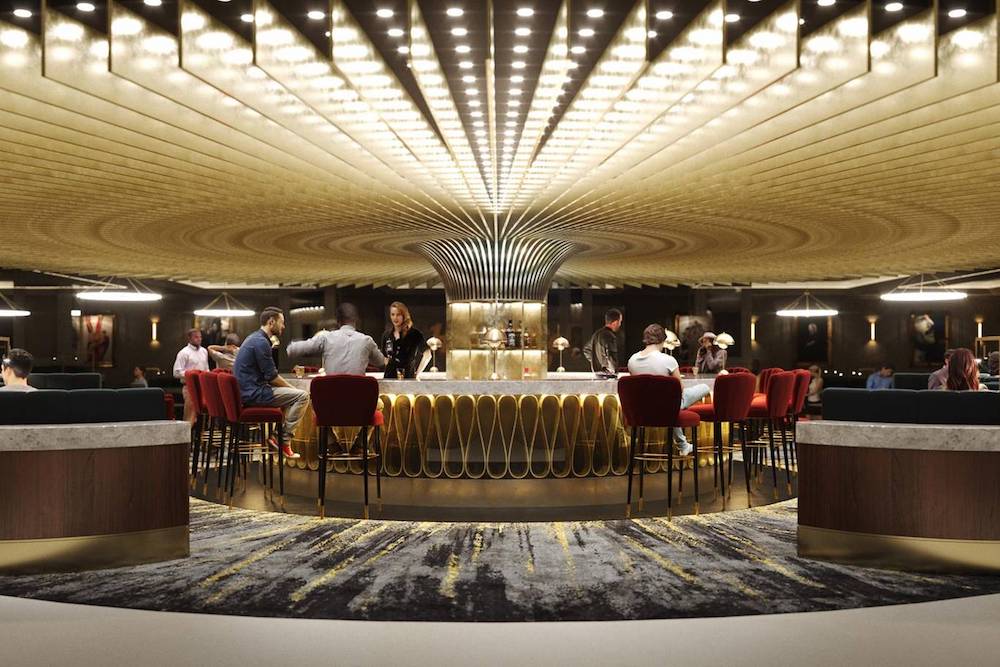 If there’s one thing London does right, it’s hotels. From the old-school glamour of The Savoy and The Ritz to the modernity of the Ace Hotel; over 1400 of them drench the city, but, as with all good things, there’s always room for more. So, these are the new ones to get excited about in 2019

This summer will see chic Scandinavian décor meet London Georgian swagger with the opening of Inhabit London. Set across six Georgian townhouses off a quaint Paddington mews, the hotel will include 90 rooms with artwork from local artists and Ren Clean Skincare amenities, as well as a 24-hour pantry shop, gym, and a café serving coffee, cold-pressed juices and an all-day menu. And in keeping with their Scandi-style, the hotel will also be free of single-use plastics and partner with local social enterprises.

Nightly rates at Inhabit London will start from £150, room only and excluding VAT.

Opening in Spring, the Belmond Cadogan is a property with one hell of a history. The residence used to be home to Lillie Langtry, actress and mistress to the Prince of Wales (later Edward VII) and Oscar Wilde, who was infamously arrested there. Now, nearly at the end of a four-year renovation, the hotel has 54 lavishly designed rooms in-between the luxury of Knightsbridge and Chelsea. You’ll also get access to the Cadogan Estate’s ornate private gardens and tennis courts.

Set to become one of the city’s most luxurious, and expensive, hotels, the original Scotland Yard headquarters is being transformed into a 153-bedroom opulent monster. The historical character of the former Metropolitan police headquarters, built in 1910, will be preserved throughout the renovation, including the conservation of its original façade. The famed landmark will give guests the opportunity to stay in the location where police tracked some of the country’s most dangerous criminals, including Jack the Ripper.

Even rock stars need a goodnights kip. And this Spring will welcome the opening of Hard Rock Hotel London. Loudly sitting on the corner of Oxford Street and Park Lane, this behemoth of a hotel will host 1000 rooms, two bars and the obligatory Hard Rock Café, serving up American classics with a British twist.

Vintry and Mercer, The City of London

Tucked away among streets that used to be packed with wine merchants (Vintry) and textile sellers (Mercer), this hotel is taking cues from its noble heritage. Velvet curtains and leather door handles are paired with details such as historic navigation maps and palm leaf wall coverings. The hotel also features a roof terrace giving stunning views of South Bank and St Paul’s with a speakeasy style bar in the cellar.

Vintry and Mercer is opening February 2019

Housed within a converted office block, previously occupied by Camden Council, this 266-room hotel will be boutique chain The Standard’s first outside the US. Opposite St. Pancras station, the hotel will feature a destination rooftop restaurant accessed by an exterior lift, where former Young British Foodie Awards Chef of the Year Adam Rawson will be executive chef.

The Standard is opening 2019 tbc

Space Copenhagen, the designers behind renowned Copenhagen restaurant Noma have brought their minimalist-beauty to London with The Stratford at Manhattan Loft Gardens. Inside, the triple-height foyer will feature a nine-metre-high fireplace and art installation by Paul Cocksedge, while the 145 guest rooms offer floor-to-ceiling windows, stone-clad bathrooms with heated floors and separate bathtubs.

The Stratford is opening spring 2019

Set to be one of 2019s grandest hotel openings, The Biltmore in Mayfair will provide 257 extravagantly appointed guest rooms, many with views over Grosvenor Square, as well as 51 luxurious suites. The hotel will also be home to a year-round alfresco terrace, cocktail bar and gymtech fitness suite.

The Biltmore is opening spring 2019