If you’re looking country pubs, plenty of walks and good grub in a charming setting, you could do a lot worse than Cookham. The Place A mere 39 minutes train ride out of Paddington, Cookham is a picturesque village tucked in to the north-easternmost corner of Berkshire. Crowned as Britain’s second richest village in 2011 […] 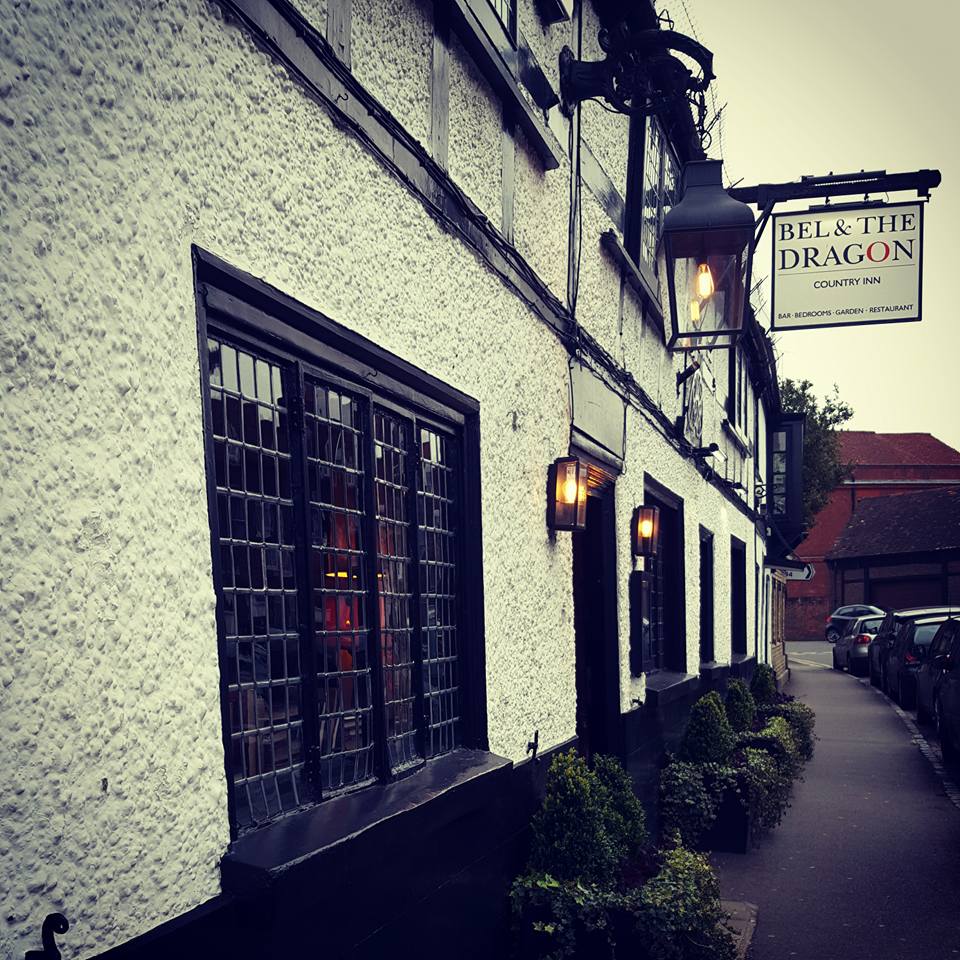 If you’re looking country pubs, plenty of walks and good grub in a charming setting, you could do a lot worse than Cookham.

A mere 39 minutes train ride out of Paddington, Cookham is a picturesque village tucked in to the north-easternmost corner of Berkshire.

Crowned as Britain’s second richest village in 2011 by The Daily Telegraph, its modest commercial quarter is populated with quaint restaurants and a smattering of historic pubs, which makes it an ideal base for a number of walks along the Thames Path.

Bel and The Dragon claims to be one of the oldest Coaching Inns in England, and with its low roofs, creaky floors and timber framed building it certainly fits the bill.

Sitting at the bottom of the village’s picture postcard High Street it combines 600 years of history with a modern country-chic renovation. The rooms are luxurious and homely, fusing mountainous beds with old fashioned furnishings. Complementary sloe gin is kept in each room, and two crystal glass decanters of malt whiskies with sizeable glasses sit on the landing adjacent from a contemporary coffee machine. 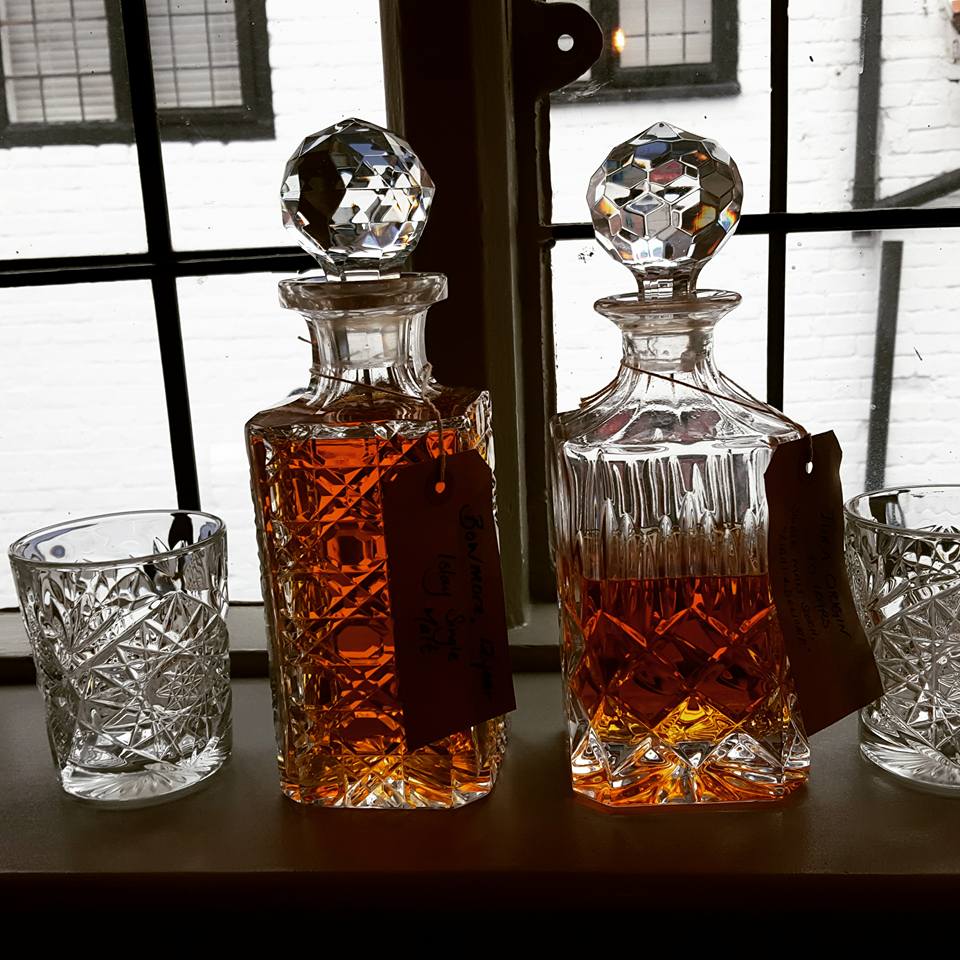 The restaurant offers modern British cuisine sourced from local and sustainable suppliers. After finishing off the last of the local ale in front of a crackling fire – the fire was delightful, the ale not so much – I took a seat in the restaurant and exchanged the rather stale house beer for a very pleasant house wine supplied courtesy of a longstanding relationship with renowned Burgundy producer Olivier Leflaive. 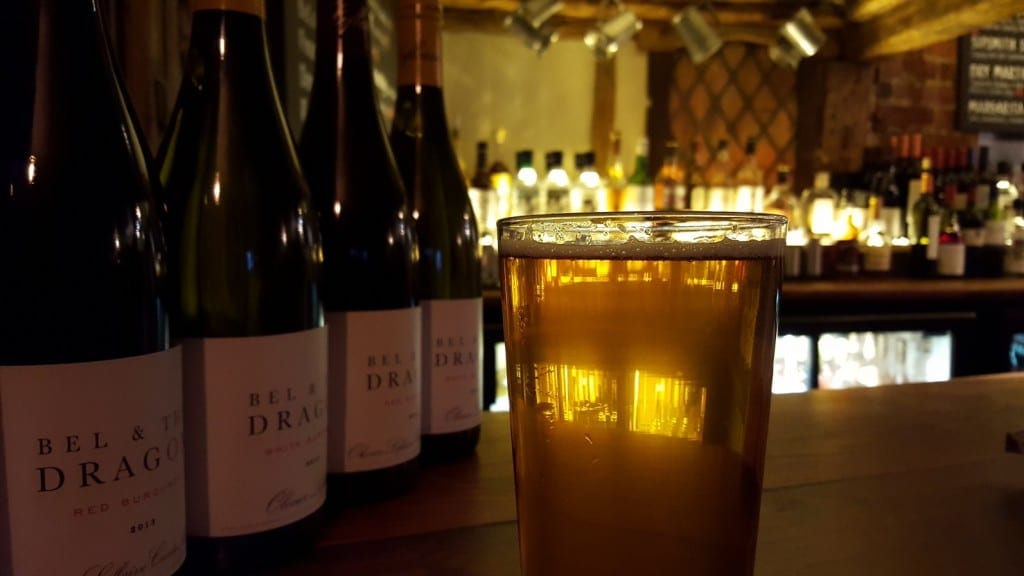 The starter – poached duck egg and avocado with bacon chutney and hollandaise sauce –  was a dish wrought with potential pitfalls. For a start, it teeters on the mundane. Most Brits chow through an avocado and boiled egg combo before lunch on Sunday, so pitch down the straight and narrow and you’ll get found out. Smudge the chutney and you land in smoky bacon crisp territory and mis-judge the hollandaise and it won’t matter which fowl’s posterior the egg dropped from, the dish will be ruined.

As it happens, the near-scientific precision left me savouring every taste and damn near licking the plate.

The main course – Roasted Atlantic Cod served with shaved fennel and orange and pickled Cucumber – was less mind blowing, although more than satisfactory and perhaps a poor choice on my behalf – ALWAYS GO FOR THE SPECIAL! A sizeable, meaty fillet of fish rested on a bed of greens that lit up the round white plate (hurrah!) with a secret garden of colours. Although the cucumber accentuated the freshness of the dish, it also masked its sharpness a tad by my reckoning. My constructive advice would be to ditch that component, but each to their own. 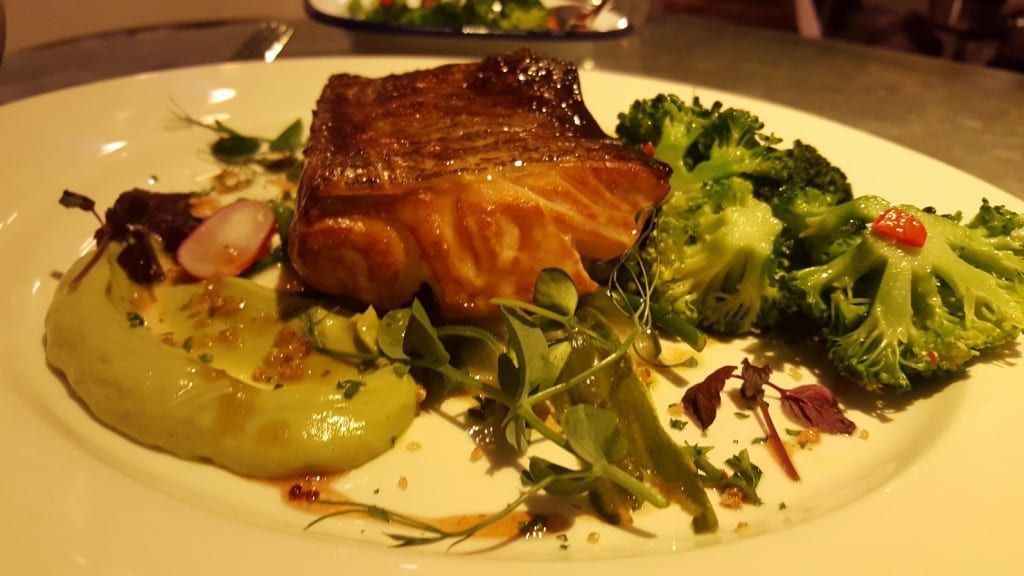 For desert, it would have been remiss of me not to sample a plate of cheese with a ‘proper glass’ of LBV port, given aperitifs were clearly a fortay in these parts. My first impression of the cheese board was that it was somewhat lacking in variety. Indeed, it was completely bereft of it. But the Cashel Blue – an aubergine-looking fruity blue cheese – was paired so well with the Fonseca LBV that it rendered my trepidation redundant. A basket of fruit flavours was complemented by the ruby richness of the chutney, which – ask any Yorkshireman – is the real barometer of a good cheese board.

Clever stuff, but a bit of variety never hurt anyone

For a village that is populated by fewer than 6,000 people, Cookham certainly punches above its weight in terms of attractions. The Stanley Spencer Gallery is a short walk away from the historic parish church and National Trust property, with one of the most idyllic stretches of the Thames Path lying at its northernmost tip. 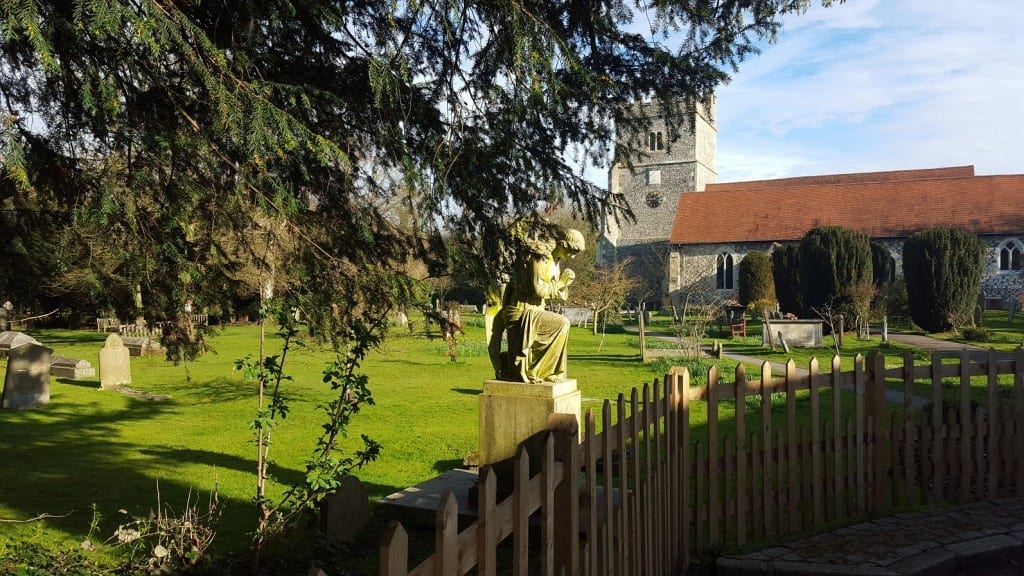 To get a feel for the area, perhaps Noël Coward’s Hay Fever (starring Felicity Kendal) at the Duke of York would be a good warm up one evening. The bohemian play is based on retired actress Judith Bliss and her family who live in Cookham.

If it’s to your taste, a handful of non-league football clubs ply their trade in the vicinity. Burnham FC, Marlow FC and Flackwell Heath FC are all a short stroll or brief drive along the country roads. I hiked the Thames Path to the latter to watch a Hellenic League Cup clash with Bindfield FC.