As anyone who has ever travelled out of London during peak seasons will testify, hell hath no fury like a London-based airport. Heathrow, Luton, Stansted and Gatwick consistently ranked among the worst airports in the country for customer service, largely because they pack as many people as possible on as many big aircrafts in the biggest […] 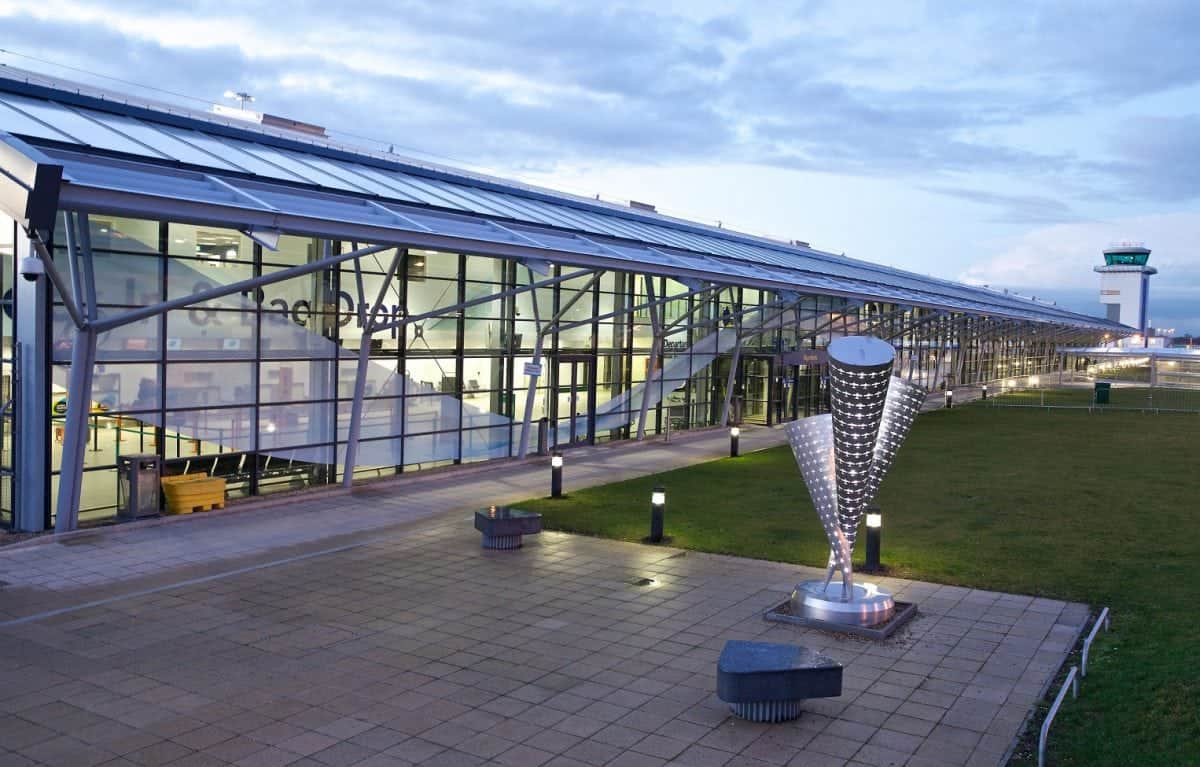 As anyone who has ever travelled out of London during peak seasons will testify, hell hath no fury like a London-based airport.

Heathrow, Luton, Stansted and Gatwick consistently ranked among the worst airports in the country for customer service, largely because they pack as many people as possible on as many big aircrafts in the biggest churn of people seen world-wide in the aviation industry.

Conversely, Britain’s regional airports can often be a rather pleasant experience. A passenger satisfaction survey revealed that the ten best airports in the country all came from the regions, with Londoners having to travel at least 120 miles before they reach a half-decent departure point. And so the capital has been crying out for a city airport with a regional feel for some time.

I’ll be honest, when I first heard of London Southend Airport I thought it was a joke. I mean, what’s next, London Birmingham Airport? But since its launch I’ve heard nothing but good things about the capital’s sixth airport, and it actually makes sense when you come to think of it.

More than £140 million has been invested in the airport, with new facilities including a train station 100 steps from the new terminal with up to eight trains an hour to London in just 53-minutes and a 4-star Holiday Inn. And now 12 new routes are set to take off from 2017, with tickets for Croatia, Czech Republic, France, Germany, Italy, Hungary and Spain on sale from this morning. From 1st May, 2017, Flybe will take the total number of routes available from London Southend to 28, with routes operated by two E195 aircraft which will be based at the airport and prices starting from £29.99 per person (including taxes).

Flights to Cologne, Lyon and Milan take off on May 1. A new route to Budapest starts on 4 May, followed by flights to Venice on 7 May, Prague on 8 May then Vienna and Reus on 10 May. Dubrovnik begins on 16 May, the only scheduled direct London airport route to the French city of Figari starts on 19 May, followed by Perpignan on 25 May and Zadar on 27 May.

Glyn Jones, CEO at London Southend Airport said: “Our recently completed customer research shows that there is a real desire for more city breaks to cater for the emerging ‘Weekender’ trend. With 6 trains an hour, London Southend Airport is just 45-mins by train from the east London hub of Stratford; it means you could be in our departure lounge in under an hour. We make escaping London for the weekend as quick and easy as it can be.” Budapest from 4 May (x 3 weekly, from £39.99 one way)
When it comes to beauty, there really is nowhere quite like the Hungarian capital. The ‘Queen of the Danube’ has a distinct eastern flavour that sets it apart from Paris, Vienna and Prague. The architecture ranges from Baroque to Art Nouveau. Wander the city’s elegant tree-lined boulevards, pop into its many leafy parks or take a boat down the Danube. Cologne from 4 May (x 6 weekly, from £29.99 one way)
Sat on the Rhine, and boasting all the boat rides and riverside charm you’d expect, Cologne in Germany is a perfectly up-to-date medieval town. It has all the spectacular sights, age-old wonder and breathtaking buildings of a historical setting, but combined with modern lifestyle, interesting nightspots, and a rich and varied selection of art and culture.

Dubrovnik from 16 May (x 2 weekly, from £49.99 one way)
Described by poets as the ‘the pearl of the Adriatic’ and ‘heaven on earth,’ Dubrovnik really is a picture postcard of a city. This vibrant fortress town that extends down into glittering turquoise waters of the Adriatic has lots of surprises up its sleeve. It is perfect for a summer getaway or a city break retreat due to perfect summer temperatures, crystal clear waters, sandy beaches and historic buildings. Zadar from 27 May (x 2 weekly, from £49.99 one way)
This Croatian city was voted European Destination of the Year in 2016. Boasting a historic old town of Roman ruins, medieval churches, cosmopolitan cafes and quality museums set on a small peninsula, Zadar is the perfect place to start exploring Croatia. It’s not too crowded and its two unique attractions – the sound-and-light spectacle of the Sea Organ and the Sun Salutation – need to be seen and heard to be believed.

Figari, sud cors from 19 May (x 2 weekly, from £49.99 one way)
The breathtaking natural beauty of Figari in Corsica makes it the perfect destination for nature lovers and outdoor enthusiasts. Partake in exciting adventures on the French island with a hiking or climbing trip, or explore some of the historical wonders in the region.

Perpignan from 25 May (x 2 weekly, from £39.99 one way)
Nestled in the foothills of the Pyrenees mountains, Perpignan retains a strong Catalan heritage. Think colourful buildings, narrow medieval streets and an outdoorsy carnival vibe and you’ll understand why Salvador Dali saw it as the “Centre of the World” And it sees over 2500 hours of sunshine a year.

Lyon from 1 May (x 4 weekly, from £39.99 one way)
Step into a chic metropolis steeped in French charm and culture. Visitors to Lyon, the third-largest city in France, will find themselves surrounded by outstanding heritage, gastronomic pleasures, and a thriving nightlife. Milan Malpensa from 1 May (x 5 weekly, from £39.99 one way)
Famed for the three Fs; fashion, football and food, the Italian city is unique in that it appeals to pretty much everyone. Milan is home to some to some of the world’s most famous art and the peerless opera house, La Scale, yet punctuated with a decidedly modern gastronomic and retail scene.

Venice from 7 May (x 2 weekly, from £39.99 one way)
A watery world of Gothic palaces, carnival masks and Byzantine churches, Venice does not fail to impress. Venice really is the jewel in Italy’s crown and is one of the most recognisable and unique places in the world. A floating city of bridges, canals and winding back streets, this place is a Mecca for romantic couples, culture vultures and those wanting to step into an enchanted world.

Vienna from 10 May (x 3 weekly, from £39.99 one way)
More than 50 concert and theatre performances take place daily in Vienna – and with that volume of entertainment on offer, where better to go for a short culture break than the Austrian capital? Its rich arts scene is one of Vienna’s main draws, though there is plenty more to experience by way of history and local traditions on any visit to the city Reus from 10 May (x 3 weekly, from £29.99 one way)
Reus in Spain is a picturesque town that was once famous for the production of brandy. Today it is a bustling town 10 kilometres from the town of Salou on the Costa Dorada, or just an hour from Barcelona. Prague from 8 May (x 5 weekly, from £29.99 one way)
The capital of the Czech Republic looks like it has come fresh from a Disney fairytale, the city is a magical masterpiece of medieval architecture and culture. Walk the winding cobblestone streets as you make your way to the city’s majestic castle, or watch the world go by as you sip on a pilsner in one of the many bars and pubs throughout its Baroque squares.