Who doesn’t like an old-school London boozer? We certainly do. That’s why we popped down to have a look at The Red Lion in East London. The masterminds behind this 17th-Century built pub recently introduced ten boutique-style, hotel-grade bedrooms and they’re as cosy as, well, a British pub on a cold winter night.  The area 7/10 […] 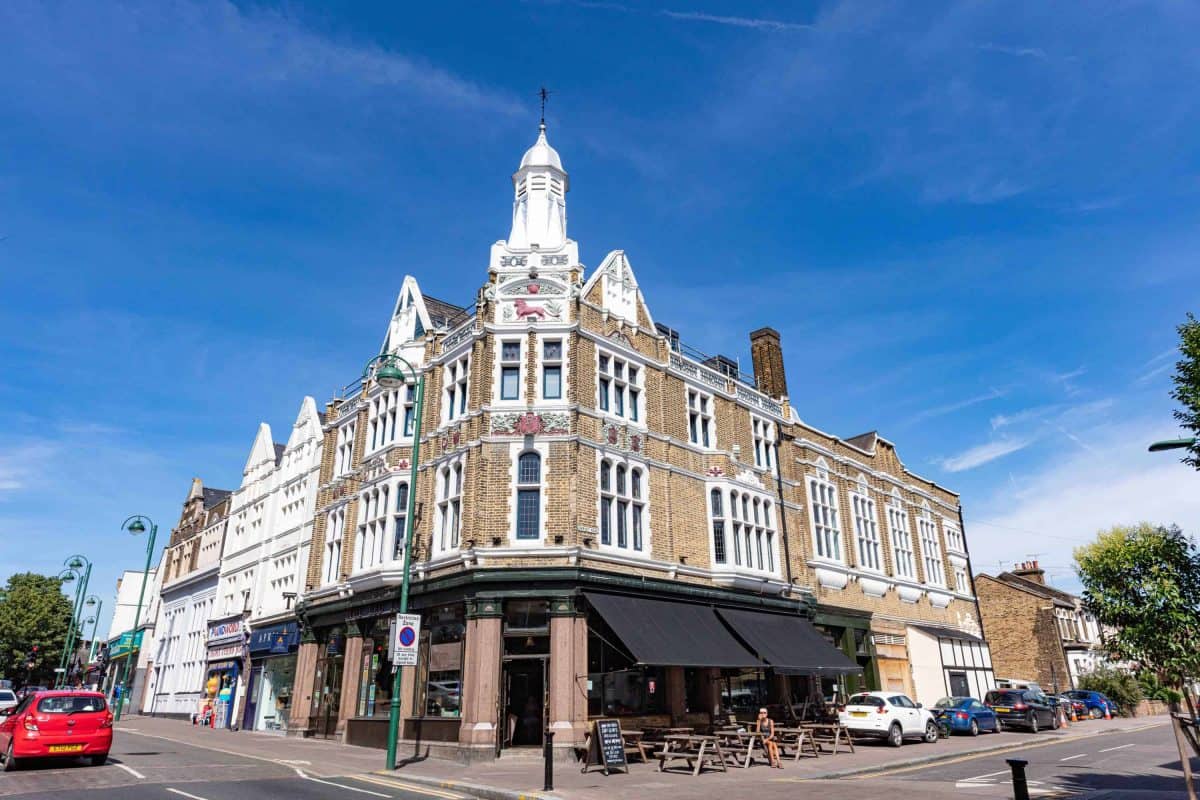 Who doesn’t like an old-school London boozer? We certainly do. That’s why we popped down to have a look at The Red Lion in East London. The masterminds behind this 17th-Century built pub recently introduced ten boutique-style, hotel-grade bedrooms and they’re as cosy as, well, a British pub on a cold winter night.

Sitting on Leytonstone High Road, The Red Lion is surrounded by shops, bars and restaurants. Leytonstone station is a three-minute walk, making it easy to get into central London via the Central Line. Meanwhile, Westfield Stratford shopping centre, the UK’s fourth-largest, is also just two stops on the tube. For city slickers looking to get in and out of London on business, don’t stress, London City Airport is just over 30-minutes by public transport or taxi (depending on the traffic).

All rooms at this boutique hotel/pub are kitted out in quintessential British style with autumnal colours (think burnt orange and green), playful flowered walls, quality fabrics and vintage wooden furniture. A large proportion of which was sourced from Sunbury and Sandown Antiques Market or various other second-hand shops throughout across the capital. One of the cutest elements in each of the ten rooms is the cutesy reading area with old, tea-stained copies of Private Eye from the 80s and other vintage reading matter. All the mod cons have been catered for too, like a fancy Nespresso coffee machine, power shower and flat-screen TV.

Staying above a traditional London pub is as you’d imagine – comforting and homely. Downstairs in the bar and restaurant area, you have wooden floors, whimsical framed photos and odd job flea market furniture, which you’ll find spotted around green columns that support high ceilings holding glassy chandeliers. Think hipster café meets a proper British pub. Although the service is more of the latter. This pub-come-hotel is overseen by arguably the most cheerful service team you’ll find in London (Eva and Tom are particularly sweet). The bar staff will welcome you like you’re Frasier in Cheers and are more than happy to suggest a decent swill. And don’t forget to poke your head upstairs’ function room – a former ballroom now used for theatre shows and gigs. Led Zeppelin once played in the hall, but more recently, The Red Lion has welcomed the likes of Craig Charles and Norman Jay. A hipster’s wet dream.

The downstairs restaurant has a host of often locally-sourced foods focussing on traditional British grub, like bangers and mash and fish and chips. What’s the standout dish on the menu? For us, its a sugary, moreish sticky toffee pudding that even your nan would be proud of. Breakfast isn’t provided but there’s plenty of cafés nearby and for the price, you really can’t grumble.

Insider tip: Turn down the radiators before you get into bed as rooms can get stuffy when they’re on full pelt

Standard double rooms at The Red Lion Leytonstone from £83, theredlionleytonstone.com
Adam a guest of The Red Lion