by Beth Roberts, travel writer It’s 11.30pm on a Sunday night in Amsterdam airport – the tail end of a wild weekend, culminating in this most hideous of hangovers. Without warning, our long awaited London-bound flight disappears from the departures screen, cancelled due to the fog and marooning us in the city. Admittedly, there are […] 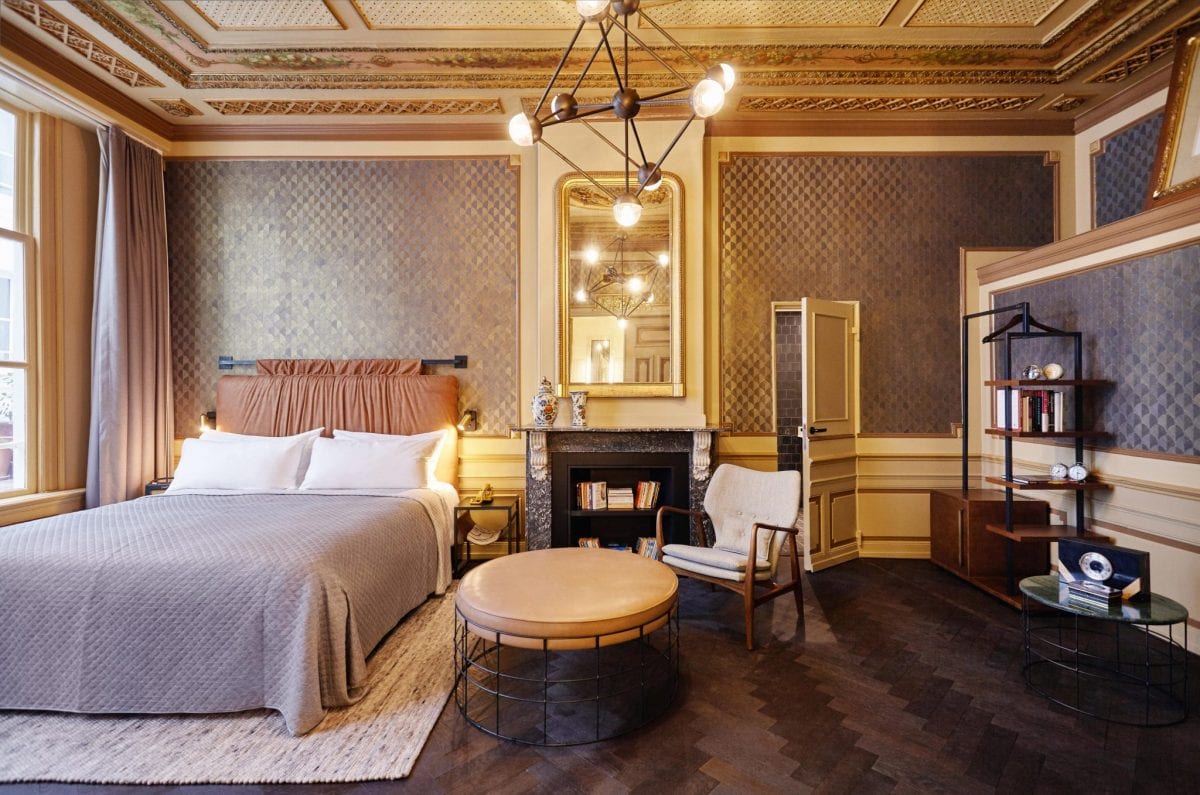 It’s 11.30pm on a Sunday night in Amsterdam airport – the tail end of a wild weekend, culminating in this most hideous of hangovers. Without warning, our long awaited London-bound flight disappears from the departures screen, cancelled due to the fog and marooning us in the city.

Admittedly, there are worse places to be stuck. Yet conscious my boss would likely read ‘stranded in Amsterdam’ as ‘stranded in coffee shop’ and swiftly realising we had no travel insurance – I began to worry. Midnight approaching, my tech-savvy other half booked us into a last-minute room at The Hoxton on Hotel Tonight, which proved to be our saviour. 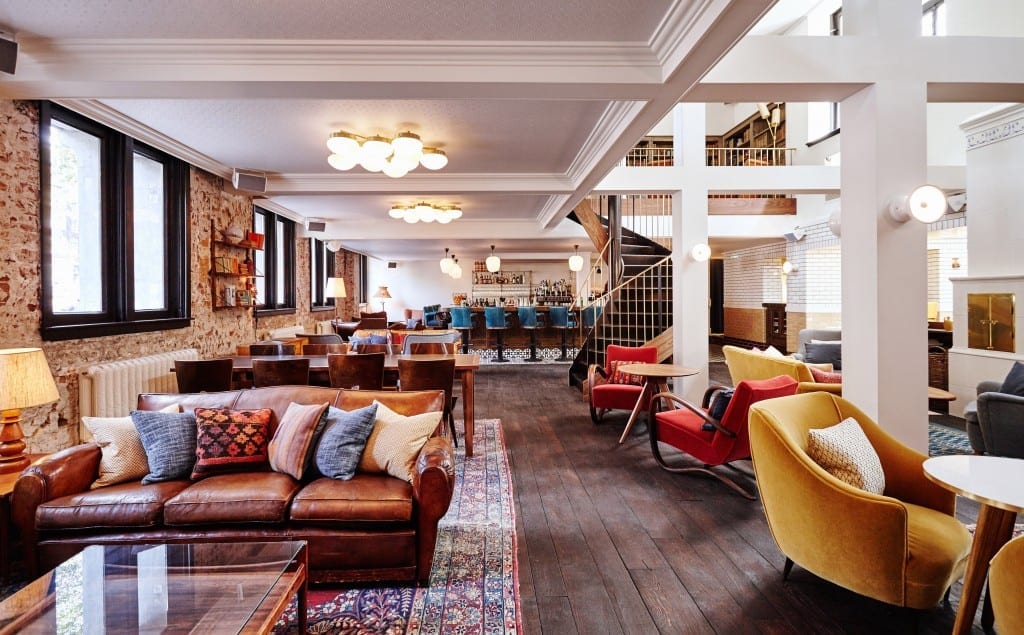 Canalside, low lighting beckoned us into a dolls house exterior. Settling into butter-soft armchairs, relief washed over us, distressed interiors a welcome refuge – somehow so cosy yet achingly hip. Sympathising with our sorry state the concierge checked us into his favourite – the ‘Mayors Room’.

Upstairs through a maze of corridors, we burst into one of the grandest rooms I’ve ever seen. Ludicrously large – big enough to cartwheel around. Vintage grandeur combined with up to date elegance – baroque ceilings dripping with ornate details and a full-size marble fireplace to boot. True to its name, overseeing his former indulgent digs you’ll find a portrait of the old Mayor. 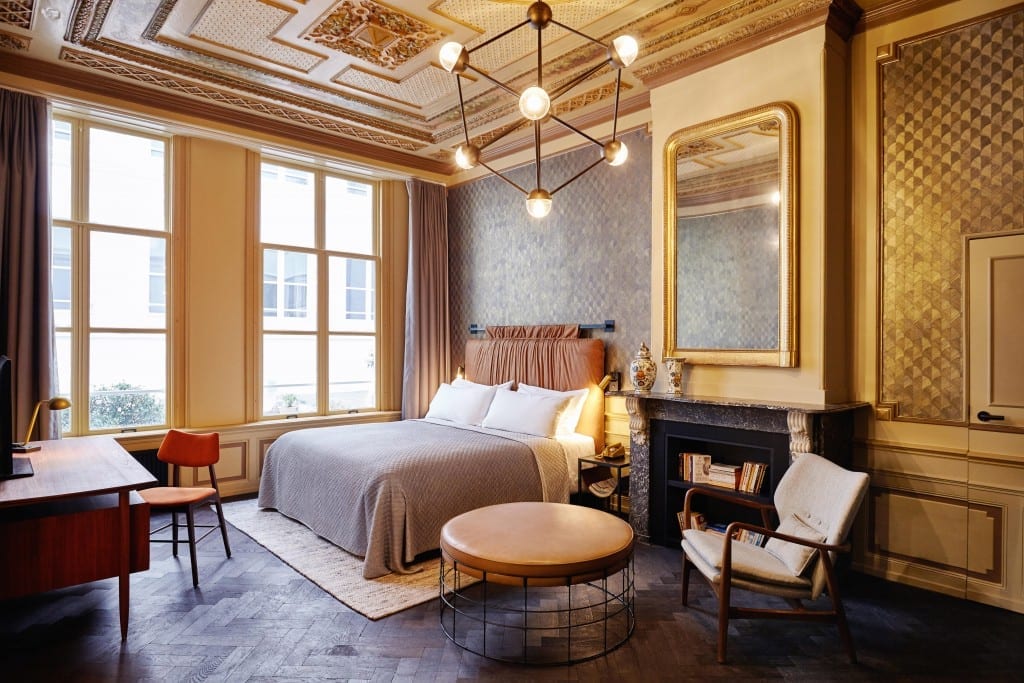 We woke to sunlight spilling in through wide sash windows. With a brown paper bag of goodies delivered to our door overnight we tucked into breakfast in bed, quaffing down croissants and admiring the room. Opening a drawer labelled ‘crap’ we found a witty guide to the hotel as well as a hidden fridge in which to store much-needed midnight snacks. Sliding panels revealed a palatial bathroom, gilded ceilings and four golden shower heads more than fit for a Mayor, while a secret panelled wall hid yet another bathroom.

But this certainly isn’t a case of style over substance. Straddling the Herengracht – the ‘Gentleman’s Canal’, you’ll find yourself in one of the classiest party of the city. Right off Dam Square it’s just a short stroll south to the scandi-chic cobbles of the coveted ‘Nine Streets’ district and some of the best shopping in the city.

There’s a host of restaurants and cafes too – from pancake houses to cocktail bars like Tales and Spirits. Not that we made it too much further than the lobby at the Hoxton. Intending to explore further afield but lured in by the smells, we ate at Lottie’s, the house restaurant serving up Italian fare with a delicious Dutch spin. 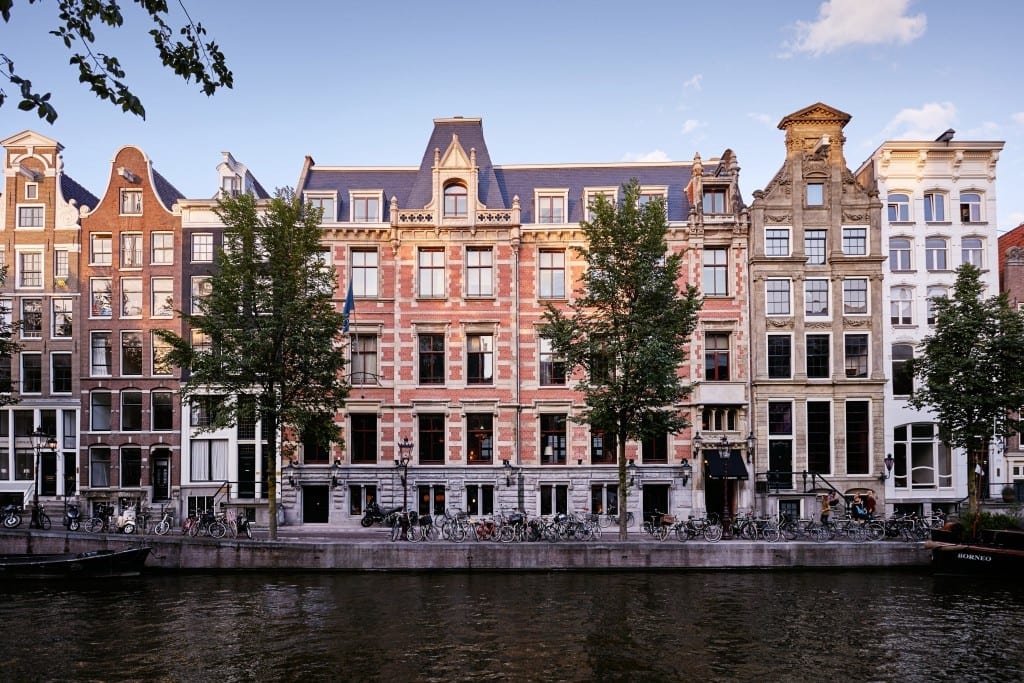 There was something wonderfully homey yet somehow exclusive about the sprawling series of communal spaces that make up the lobby and restaurant at the Hoxton, a hip edge that echoes it’s East London roots.

Indulging in after-dinner cocktails, we perched on plush velvet sofas among the cosmopolitan crowd that congregate here post work – and forgot all thoughts of ever finding our way home, happy to have stay as long as they’d have us.