Passengers only realised the error when the plane landed and the "welcome to Edinburgh" announcement was made, it was said 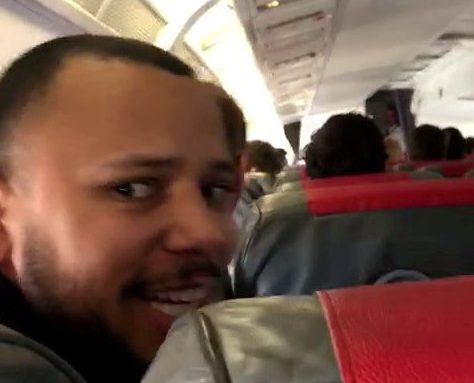 This is the hilarious moment a baffled airline worker realised a flight destined for Düsseldorf in Germany had landed in Edinburgh by mistake.

Passengers apparently only realised the error when the plane landed and the “welcome to Edinburgh” announcement was made.

Speaking over the tannoy, he tells the cabin “holey smoley” and the passengers can be heard laughing in disbelief.

It is understand the mistake was made after the flight paperwork was submitted incorrectly, yesterday.

The plane, which started at London’s City Airport, was then redirected and landed in Düsseldorf.

In the clip, the worker can be heard saying: “Holey smoley.

The passengers shout back “no” and he answers: “Ok. Please don’t make photos or videos.”

Passengers can be heard asking each other “how can you now know that?” and another said: “The embarrassment of taking us to the wrong place”.

A second video shows him telling passengers they would be returning to Düsseldorf.

He adds: “We apologise about that.

“We don’t know where…..where the problem is but in a second [sic] and we do the best to bring you as soon as possible to Dusseldorf. Sorry.”

WDL Aviation ran the BA flight through a leasing deal, it is understood.