Passengers are being urged to check with their airline for updates. 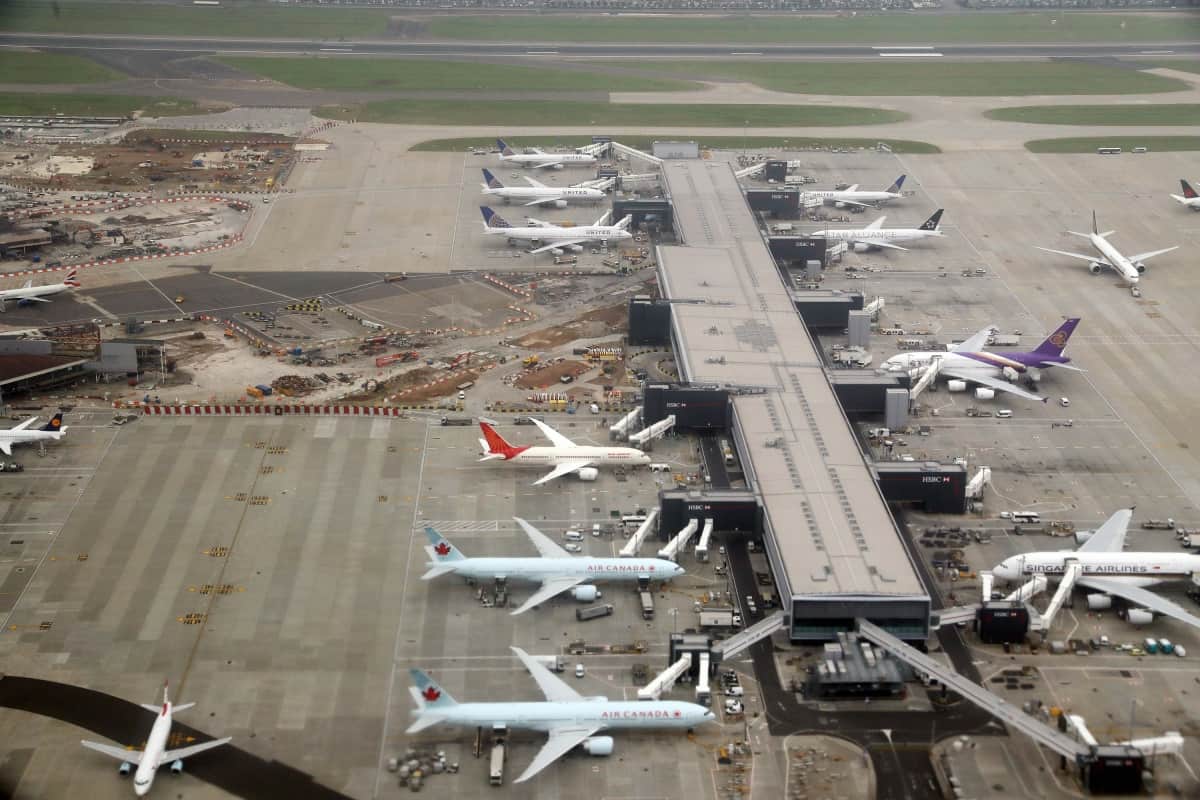 Heathrow and union officials are locked in talks to avert a strike by airport workers on Tuesday.

Monday’s strike was called off on Sunday night, just hours before it was due to begin.

Airlines reinstated dozens of cancelled flights, but 16 of Monday’s departures remained grounded and a further five were moved to other London airports.

Some 3% of the day’s flights were affected, including those operated by Virgin Atlantic, Air France, Swiss and Lufthansa.

British Airways reinstated all of its Monday flights, but some of the carrier’s passengers were warned of a “significantly reduced catering offering” due to the “late postponement” of the strike.

Virgin Atlantic continued with its plan to switch a small number of flights to Gatwick despite Monday’s strike being called off.

Prior to the suspension of the walkout, Heathrow said 177 departures would be cancelled across Monday and Tuesday.

The airport refused to say how many of Tuesday’s flights remained cancelled.

Passengers are being urged to check with their airline for updates.

Members of the Unite union were due to walk out from one minute past midnight on Monday for 48 hours.

The two sides met throughout the weekend under the chairmanship of the conciliation service Acas, and further talks are taking place on Monday.

Unite said talks would involve senior directors from Heathrow and senior officials from the union “with the aim of averting a second day of planned strike action”.

The union’s members, including security staff, firefighters and engineers have voted against a pay offer Heathrow said was worth 7.3% over two-and-a-half years.

Heathrow said in a statement: “Strike action on Tuesday August 6 is still scheduled to go ahead.

“We are continuing talks with Unite today and we remain hopeful that we can find a resolution and stop this disruptive and unnecessary threat of strike action.

“We regret that passengers have been inconvenienced by this and urge them to contact their airline for up to date information on the status of their service.”

Abz Hussain, from London, was due to fly from Heathrow to Saudi Arabia for Hajj on Tuesday, but said his flight has been switched to Manchester.

The 34-year-old, who has paid more than £6,500 for his trip, told PA he has struggled to obtain information about what is happening from either Heathrow or the carrier, Saudi Arabian Airlines.

“They can’t give an honest answer to simple questions,” he said.

“Nobody has bothered to call us. We’ve been left in limbo. I have to pay money to go from London to Manchester.”

Seaside town to spend £170,000 on anti-sex toilets that spray users with water