“I have travelled the World extensively and have yet to find a country with cuisine as extensive and diverse as it is in the city of Gaziantep,” culinary expert Ragip Güzelbey told us following a typically gluttonous feast at the state-of-the-art Musem. Our first taste of the local cuisine had been eye-opening. Spared from multinational […] 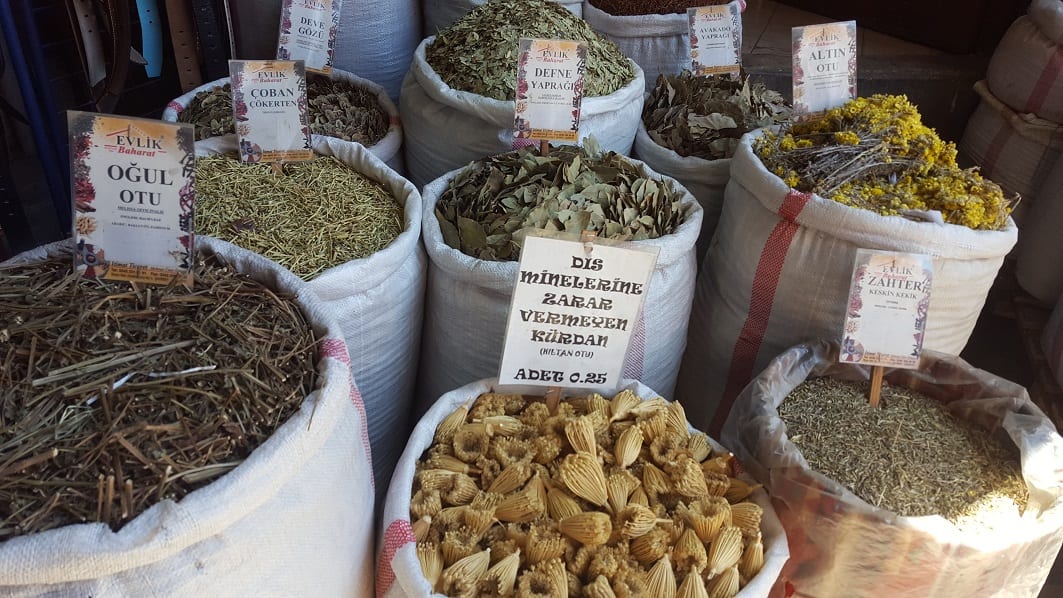 “I have travelled the World extensively and have yet to find a country with cuisine as extensive and diverse as it is in the city of Gaziantep,” culinary expert Ragip Güzelbey told us following a typically gluttonous feast at the state-of-the-art Musem. Our first taste of the local cuisine had been eye-opening. Spared from multinational corporate influence and blessed with an extraordinary history the province has fostered a culinary environment that is unlike anything else. Little is known about gastronomy in this region, yet you get the sense that is about to change.

Gaziantep, a vibrant metropolis nestled between Mesopotamia, where the first civilisations arose, and the Mediterranean Sea has a rich history characterised by diversity and multiculturalism. Home to civilisations from Rome to the Ottoman Empire and from the Hittites to the Assyrians, it has become a melting pot of cultures, all of which have combined to shape its unique cuisine. From the range of techniques employed to the ingredients and recipes used, food in Gaziantep is really quite extraordinary. Indeed, so prestigious is Gaziantep’s cuisine that it is now under the protection of UNESCO and a new culinary school has been set up by the municipality to train the next generation of chefs in the art of local dishes extending many generations prior.

Its cuisine has been shaped by four factors; geographical location, climate, resource and culture. A strategic position on the old Silk Road to Aleppo and the wonderful mix of the Mediterranean and Mesopotamian means food is influenced by a vibrant and rare mix of Turkish, Arab, Hittite and Assyrian cuisines.

Seasonality is as troublesome as it is constructive. In this part of the world winter and summer are the only seasons that exist, so when it’s not boiling hot it is freezing cold and vice versa. That creates a resource issue tackled by a veritable and extensive range of cooking techniques and a mastering of the art of preservation that originates from the independence war where famine and hunger blighted the city. The bazars are lined with sun-drying vegetables that mirror bags of spices on the street in vibrancy creating an explosion of colour, with stalls aplenty selling handcrafted culinary tools crafted to foster Antep’s “cuisine for all seasons” mantra.

Culturally, cuisine lives at the heart of the city, with a constant interchange between home, market, grocery, butcher’s shop and bakery. The culmination is a spectacle to behold, creating a melody of dishes and a symphony on flavours. Although it can be hard at times to see the method behind the madness that is a meal out in Gaziantep – most evenings are spent aghast at the constant stream of food that arrives at the table – there is some semblance of structure. A yoghurt dish or soup is a common opener. The Beyran mutton and rice soup is perhaps the most commonly prepared soup, often ate by Gaziantep’s shopkeepers and tradesman to give them energy for the day ahead. Yuvarlama, a fascinating dumpling, lamb, chickpea and yoghurt stew, is the ultimate ‘mother’s dish’, with home-made ground rice dumplings seen as a rite of passage for local women. Siveydiz, a mix of fresh garlic, spring onions, meat and yoghurt, is also popular, mixing creamy yoghurt with vibrant greens so central to Gaziantep cuisine. If you thought a hearty stew might qualify as an entrée, you are very wrong. For as you scoop the last remnants of the dish into your mouth the table begins to be crowded with a smorgasbord of appetisers. Borek pastries – a mix of rice, minced meat and spices fried in a stretchy dough – arrive on the table to be joined with chargrilled aubergines and stuffed vegetables, maltihali kofte (red lentil and sesame balls), pilaf and pilavi.

As you consider capacity issues ahead of the main course, flat breads topped with Antep cheese (Boregi, AKA Turkish Pizza) arrive at the table. Oval in shape, you pick a selection of parsley, mint and seasoning with a healthy squeeze of lemon before rolling into a mouth-size roll. Delicious. Lamb is a staple meat in Gaziantep and few places prepare it with more finesse. Seasoned to perfection and comprised of only finely hand-chopped meat you are treated to a range of kebabs that are served up with grilled tomatoes, aubergines, truffle and more. Seasoned chicken and liver also gets a show and reaffirms the uniqueness of Gaziantep cuisine, all of which are enjoyed with a range of breads that would put a French bakery to shame. To desert, and perhaps to the dishes for which Gaziantep is most famed. Pistachio nuts form a major part of the local economy, growing on trees that can endure poor soil and draught conditions on hilly land where almost nothing else will grow. The local crop is unlike anything we consume from the supermarket shelf in Britain. Vibrantly green in colour and wonderfully salty and sweet the nut plays a big role in several local deserts, most notably Baklava.

Put simply, you just have to go to Gaziantep to taste the finest Baklava. Tissue thin pastry is layered to sandwich a crumbled filler of pistachios and cream with a syrup dressing. Served with a tea or perhaps even a pistachio coffee, it is a perfect ending to what is an unparalleled meal. Gastronomy in Gaziantep underscores the varied and diverse nature of the city itself. Numerous civilisations have contributed to its heritage which is why today, faced with one of the biggest civilian crises since World War II, it has responded with open arms to refugees as a city that has been enriched by immigration throughout its history. This hospitable municipality is populated by people who would open their doors to you without question and have a slice of baklava and tea in your hand without discrimination of race, religion or ethnicity. The local cuisine, influenced by this open-hearted mantra, is enjoyed in a communal manner and is all the better for it. You are expected to stay all night and enjoy the company of friends, family and colleagues in a welcoming and warm environment, something I fear is increasingly becoming a lost relic in our fast-paced world.

Flights start from £200 from London, Birmingham, Manchester and Edinburgh with Turkish Airlines via Istanbul. The Sirehan Hotel is well located, luxurious and serves a breakfast befitting of the city’s wonderful cuisine.