A company is set to change air travel forever after launching electric-powered flying TAXIS capable of travelling almost 200mph. Ambitious start-up Vertical Aerospace has become the first company in the UK to successfully build and flight test the vertical take-off and landing, drone-style aircraft. The battery-powered taxi, which is fitted with four rotors, is capable […]

by Joe Mellor
in Automotive, Tech and Auto, Travel 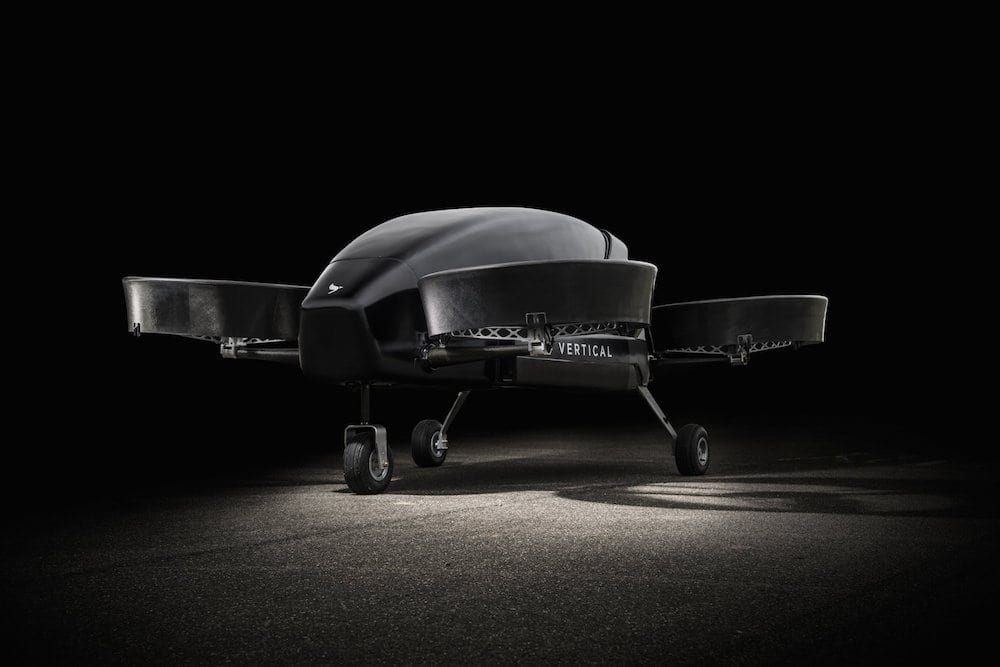 Ambitious start-up Vertical Aerospace has become the first company in the UK to successfully build and flight test the vertical take-off and landing, drone-style aircraft.

The battery-powered taxi, which is fitted with four rotors, is capable of carrying between two and four passengers, and has a current range of 83 miles and top speed of 186mph.

But, with some 12 test flights having taken place to date, the company has plans for a more powerful model, capable of ferrying people up to 500 miles.

A 750kg prototype of the country’s first fully-electric, vertical take-off and landing (eVTOL) aircraft, made its maiden flight in June at Cotswold Airport in Kemble, Glos.

And Bristol-based Vertical Aerospace says the aircraft puts the start-up company one step closer to their goal of providing carbon-free air travel within four years.

The company says its goal is to bring eVTOL aircraft to “everyday customers” in an affordable, safe, convenient and carbon-free way.

Vertical Aerospace’s founder Steven Fitzpatrick said he planned to submit the aircraft for certification by European air-safety regulators with a view to operating commercially by 2022.

He said the vehicle will be flown by a pilot and would take off and land from regulated airfields or heliports, with the main purpose of transporting passengers between cities.

“But as a result, aviation is now a major contributor to climate change and local air pollution.

“Congestion around airports has become a huge problem and for flights of 500 miles or less, we are spending more time travelling to and from the plane than we are in the air.

“At Vertical Aerospace, we want to help address these challenges.

“We want to decarbonise air travel and give people the freedom to fly from their local neighbourhood directly to their destination.”

He added: “We’ve learned a lot from Formula 1, both in terms of technology and pace of development.

“The lightweight materials, aerodynamics and electrical systems developed through F1 are highly applicable to aircraft, much more so than to road transport.

“By putting those technologies in the hands of experienced aerospace engineers, we can build cutting edge aircraft for the 21st Century.

“We have the global outlook and entrepreneurial spirit required to develop and commercialise this technology.

“With the right support from government, regulators and the wider science and engineering community, the UK can lead the way in personal, on-demand and carbon-free air travel.”

Mr Fitzpatrick said the aircraft, which is built from lightweight carbon fibre, would be far cheaper than similar transport modes, making it more accessible than helicopter travel.

Since its inception in 2016, the firm has hired 28 aerospace and technical experts from Airbus, Boeing, Rolls-Royce, Martin Jetpack and GE Aviation with “extensive experience” of building certificated commercial aircraft.

And in July, Bristol-based Rolls-Royce also announced plans for an electric aircraft with rotating wings that could take off or land vertically.